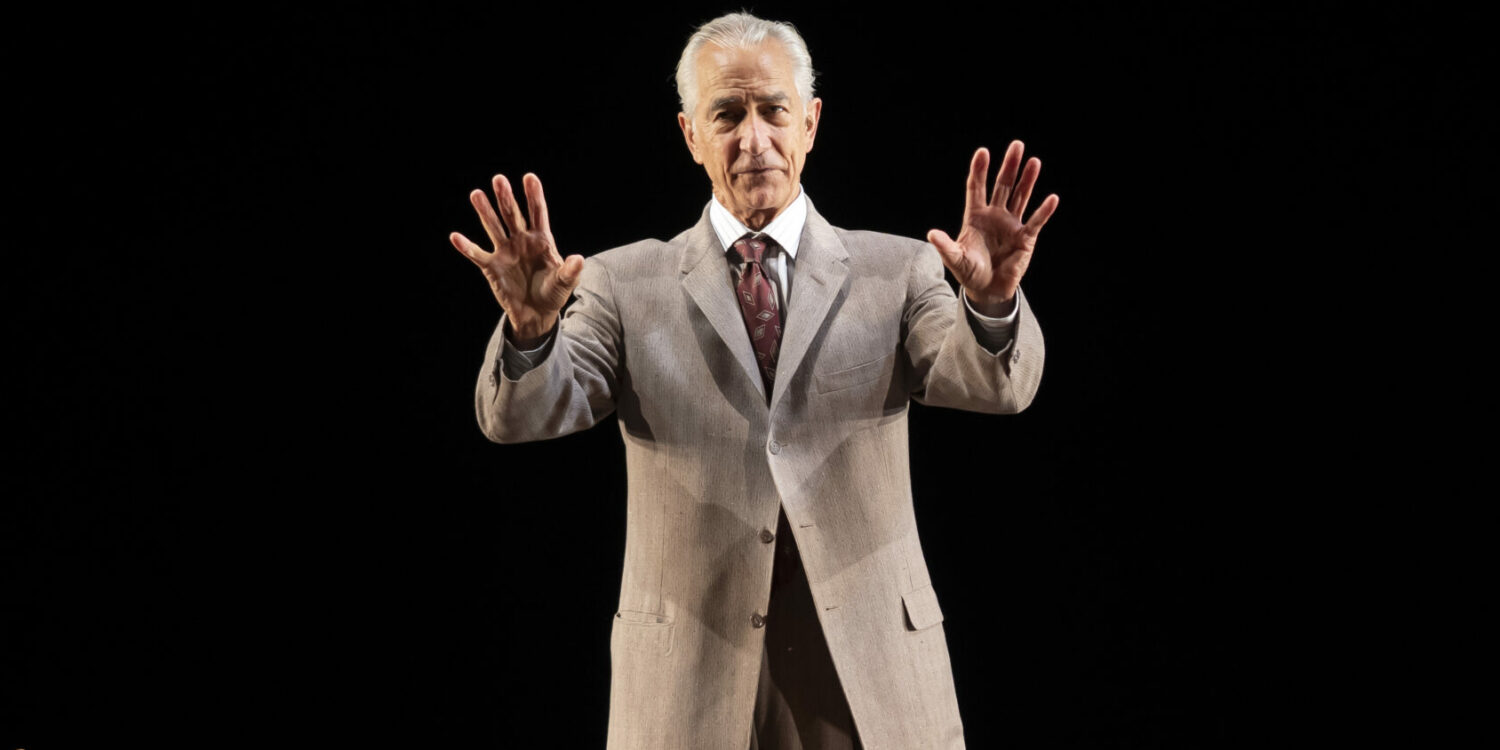 “May I, composed like them, Of Eros and of dust
Beleaguered by the same
Negation and despair,
Show an affirming flame”

Upon reading it at age 17, I set my sights on living up to the challenge of Auden’s words, without an inkling of what that might entail.During the Holocaust that is eponymous for fascism taking power in Germany, a Polish Catholic youth who is a soldier, Jan Karski, is enlisted to become a trusted messenger for the Jewish Underground from inside the Warsaw Ghetto, and in tandem with a visit to Auschwitz. September 1, 1939, is the day on which Karski incurs a jolt that sets the stage for this, his life’s greatest challenge. It is the date that Germany invades Poland immediately following the signing of the Stalin-Hitler Pact. From that day forward, Karski embarks on a forced march to meet self-imputed moral and political demands. David Strathairn delivers a humble yet unflinching rendering of Karski’s life.

Full disclosure involves a backstory. While living in Charleston, West Virginia, 35 years ago, and working in a library, I convinced a patron involved in the post-production cut of the film “Matewan,” to clip a shot of the character Sid Hatfield (played with uncommon grace by Strathairn.) In the shot, Hatfield is poised with pistols akimbo, pointed toward the camera. I turned the clip into a poster and framed it, as a birthday gift to my husband. He admired Hatfield, who he insists was “the only good cop” in US history. The image of Strathairn as Hatfield hung above my husband’s desk for decades. Duncan Williams, a close friend, had attended high school with Strathairn. So, an educated guess at the actor’s age now—about a year and a half younger than I am—makes his physical acting wax all the more virtuosic. He falls to the ground during bombings, dives to the floor in self-mimed beatings. When his outer garments come off later in the show, it is evident that he does all this without the benefit of knee pads or other protective gear. His outsized stamina turns the onstage medium into the show’s message.

In instances where Karski gives voice to the Jewish characters he encounters, his accent is more authentic sounding than his Karski’s Polish accent. Karski’s trends upward, as a Swede’s does. He substitutes a rolling “r” for what should be a softer one, high vowels for what should be low ones. The vowels and their diphthongs should labor along like a Volga Boatman, his head bowed in contemplation. It makes for a distraction at first, but as the show progresses, it becomes less so.

Strathairn’s adroit parsing of an expository script into sculptured beats is supported by Inventive lighting design and the director Derek Goldberg’s instinct for fine-tuned pacing and blocking. The production prepares the public to accept exchanges between Karski and a diplomatic pouchful of such enshrined figures as Sir Anthony Eden, Sir Winston Churchill, Justice Felix Frankfurter, and President Franklin Delano Roosevelt. Frankfurter, a Jew, tells Karski that he doesn’t believe the emissary’s account of the death camp world in which Jews are dying, adding, “but that doesn’t mean it isn’t happening.” Roosevelt’s thinly veiled antisemitism made itself known as early as the 1938 Evian-les-Bains Conference. There, heads of state pledged to take refugee quotas for 20,000 European Jews. Roosevelt declined to take more than 30. He cut short his meeting with Karski, having inquired only about whether Poland had a sufficient number of horses for its farms.

The play’s message echoes the line “We must love one another or die” in Auden’s poem. Experiencing Strathairn touch history as he makes us aware of Karski’s valor, reminded me of the abundant lessons brought to the fore by Matewan. What form love takes is not an idle question under the threat of fascism. Is it is the love of breaching class lines to effect a compromise that ends up favoring finance capital, resulting in barbaric destruction and degradation? Or is it the opposite—the fraternal love of class solidarity, which we see manifest in John Sayles’ 1987 film “Matewan”? Matewan tells the story of the 1920s Appalachian coal wars that tested the mettle of the United Mine Workers Union in its early days. In that specie of love, the imperative to unite old-timer mountaineers of English and Scottish descent, Italian immigrant workers, and Black coal miners, all living and working in the same “hollers,” is by no means abstract. A line in the film spoken in Italian by the actress Maggie Renzi, captures the solution, as well as the gravitas inherent in its demands on each union member and his family. New to America from Italy, her character calls up a memory imported from the old country when she says, “Il sindicato! Ancora, il sindicato!” [The union, the union again!]

Today, such solidarity is necessarily bound up with the forging of the consciousness to prepare working people to take up arms against any impending fascist bid for power. We shall have learned from history that divide and conquer is the first step down the primrose path to exterminating the oppressed, and the excluded others whose defiled corpses bear the brand of horrific finance capital-inspired depravity. So yes, ancora il sindicato!“

Remember This: The Lesson of Jan Karski” sounds an alarm bell—that for whatever reason—financial interest, a climate of denial that shuts down civil political discourse, persisting prejudices, or spiritual disengagement—the solution amidst a galloping social and economic crisis that turns a blind eye to the foreboding of atrocities, are acts of conscience like Karski’s. They are most effective and inspiring when tied to a contagion of solidarity. What a great service this artistic team and Berkeley Rep has done to remind us to stand up for one another, the “should” that urges us to be like Karski. Ancora il sindicato! Ancora Karski!