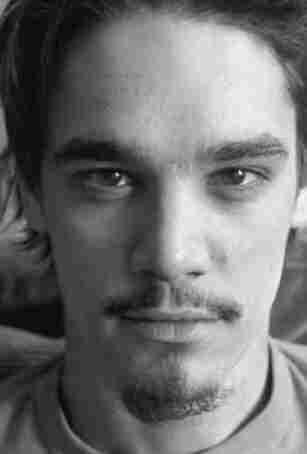 a collection of three plays including

Playwright and university professor Eduardo Machado was part of an interesting and rather bizarre footnote to history. In 1961 the Peter Pan Project, organized by a Catholic bishop in Miami with the cooperation of the CIA, brought thousands of Cuban children to the United States, the expressed purpose being to save them from Castro and communism. Machado was one of these children, and his play is about his return to Cuba after 38 years in the United States. Today he is an often-produced playwright and Head of the Graduate Playwriting Department of Columbia University. These are impressive credentials, but this play, described as his most autobiographical, fails on every level.

The central character, Federico, is the Machado stand-in and is depicted as a monumentally self-absorbed, narcissistic, shallow, petulant, easily distracted, Valium-popping drama queen. He seems as upset about the momentary difficulties in figuring out the exact address of his childhood home, and all the visas and papers and traveler’s checks he has stuffed into his money belt, as he is about the more important issues of trying to reconnect with his long-lost homeland. Bruce MacVittie, in this role, is a difficult actor to watch. He twitches, constantly brushes his hair out of his eyes, rubs his face, squints, struts when he should stand still, and seems to all but fall asleep at key moments.

His sidekick, cleverly named Fred, the American version of Federico, seems to be there to give Federico somebody to talk to. Machado creates no context for these two characters, no explanation of why this Fred has taken Federico under his wing to chaperon his visit to Cuba. As Fred, Ed Vassallo gives the feeling of having rehearsed for some other play and been asked to step in here at the last moment. He seems sleepy and distracted, as though listening for his cell phone to ring back in the dressing room.

Machado creates no sense of who Federico is except to say that he’s a writer and has plenty of money. Advance press notices and program copy tell all about Machado, but the play itself provides next to nothing. As the play unfolds, it becomes clear that a sensitive child who has grown into an articulate man would indeed have important issues about returning to the homeland from which he was, in effect, exiled many years ago. But little of this is dramatized. Federico seems absolutely delighted that he can smoke those great cigars anywhere he wants in public, and extremely angry that red tape keeps him from entering the building, now a school, in which he grew up. He seems agitated most of the time, but it is never really clear why.

The one delight of the evening is the character of Ernesto, a part-time artist and driver that the two Freds hire to show them around Havana. Felix Solis stands out because he seems to totally inhabit the character, body and soul. His acting technique is invisible-the best kind-and he provides the play’s only moments of real emotional connection to what’s happening on stage. Richard Marquez, from a shadowy aerie above the stage, provides percussion accompaniment to many scenes that underscores emotions and provides seamless transitions.

$2.78 (as of January 23, 2021 - More infoProduct prices and availability are accurate as of the date/time indicated and are subject to change. Any price and availability information displayed on [relevant Amazon Site(s), as applicable] at the time of purchase will apply to the purchase of this product.)