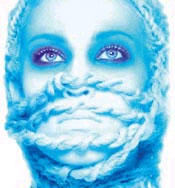 Following a failed rebellion led by Polyneices, one of the sons of the incestuous Oedipus, the new King, Creon (Lorcan Cranitch), has decreed that the traitor&#146;s body be left to rot in the streets of Thebes. The dead man&#146;s sister, Antigone (Ruth Negga), refuses to obey the edict. She attempts to bury her brother in accordance with the traditions of the Gods. In spite of words of caution from the chorus (Barry McGovern and Garrett Keogh), Creon orders Antigone&#146;s execution. In his eyes she too is a traitor to the State, as are any who support her including his own son Haemon (Owen McDonnell), who is Antigone&#146;s fiance. Though as the chorus tell us, Creon is the right King, his decision is in defiance of the Gods (and the will of the people) and there are bound to be consequences.

Seamus Heaney&#146;s insightful translation of Sophocles&#146; drama provides a strong core to this handsome Abbey Theatre production directed by Lorraine Pintal of the Theatre du Nouveau Monde, Montreal. Respectful of the poetic roots of its source, Heaney&#146;s translation resonates through striking imagery, precise language, and a real sense of the human contours of the monumental action at its heart. With characteristic economy of expression, Heaney revisits the Greek stage like fellow Nobel laureate Yeats before him and finds it alive with both art and matter. "Greek tragedy is as much a musical score as it is dramatic script" says Heaney, "I wanted to do a translation that actors could speak as plainly or intensely as the occasion demanded, but one that still kept faith with the ritual formality of the original."

This is a beautifully mounted production which makes excellent use of the large Abbey stage. Carl Fillion, best known for working with Robert Lepage (The Far Side of the Moon), presents a set which shares a sense of scale with many recent Abbey productions, but which seems more comfortable with the space. The actors do not seem either dwarfed or adrift, and Pintal&#146;s use of tableau is an effective nod to classical Greek composition while also presenting action and movement more commensurate with modern theatre.

The performances are uneven, though not fatally so. The &#145;musical&#146; quality Heaney&#146;s script aspires to sometimes plays havoc with the actors&#146; natural rhythms. Negga (Duck) and Kelly Campbell as Antigone&#146;s sister Ismene initially seem unable to balance the bombast of the speeches with the intimacy of dialogue between characters, though Negga finally comes into her own with her impassioned defiance of Creon. Cranitch is very good as Creon, bringing plenty of authority and controlled frustration to a role which demands some degree of sympathy in spite of the evident bullheadedness of the character. Stephen Brennan (A Christmas Carol) makes a striking appearance as the blind seer Tiresias, though he has only one scene. Likewise Cathy Belton (Skylight) seems strangely memorable as Eurydice given that she speaks barely four lines of dialogue in the whole play.

Though Heaney makes claims for a contemporary context to this production through reference to George W. Bush&#146;s division of the world based on unconditional loyalty to his foreign policy, such a reading is not necessarily invited or exclusive. Pintal and costume designer Joan O&#146;Clery do not fix either place or period, and the mixture of styles in staging and delivery leave the text open to approaches from any number of perspectives. More specifically &#145;Irish&#146; productions have preceded this one over the years, and Heaney has been careful not to be too rigorous with domestic applicability even given the presentation of the production as part of the Abbey Centenary. This is not to say that there is any &#145;fuzziness&#146; in Heaney&#146;s script, which retains both the Sophoclean moralizing and the Greek playwright&#146;s characteristic adherence to a formally rigorous adhesion to the demands of cause and effect in the structure of the plot. The fact is that the richness and power of this classic piece of theatre have been respected while the needs and the ear of a contemporary audience have also been addressed.

(25796)
$23.81 (as of January 25, 2021 - More infoProduct prices and availability are accurate as of the date/time indicated and are subject to change. Any price and availability information displayed on [relevant Amazon Site(s), as applicable] at the time of purchase will apply to the purchase of this product.)

(41063)
$9.98 (as of January 25, 2021 - More infoProduct prices and availability are accurate as of the date/time indicated and are subject to change. Any price and availability information displayed on [relevant Amazon Site(s), as applicable] at the time of purchase will apply to the purchase of this product.)
related posts