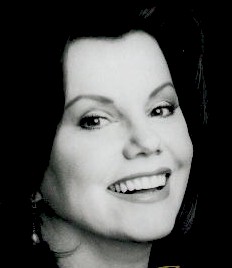 A handsome production of The Cherry Orchard served as the first theatrical production in Santa Fe’s new Lensic Performing Arts Center, a 1930s Spanish-Moroccan movie palace painstakingly transformed at a cost of $8.2 million into a state-of-the-art, 800-seat theater in what the locals choose to call the City Different.

Director Tom Moore, a two-time Tony Award nominee best known as the director of the stage and film productions of Night Mother and the original Grease on Broadway, has taken Chekhov’s description of this play as a "comedy" to heart, and found much light and laughter in it to leaven the bitter tragedy of a way of living — and a cherry orchard — cut down in the name of progress.

The production, by Santa Fe Stages, is beautifully mounted, taking advantage of the Lensic’s impressive technical resources. Scenic designer Yael Pardess and lighting designer Robert Wierzel have created light, airy settings with Impressionist landscape backdrops in front of which they fly in walls, furniture, trees and fences, and great, swagged curtains. It’s not as oppressive or musty as one would expect of upper-class decor under the Tzars — more territorial New Mexico than turn-of-the-century Russia — but it provides a splendid playing space for Lyubov Ranyevskaya’s family and assorted hangers-on.

Marsha Mason, a longtime Santa Fe resident who stars as Ranyevskaya and was the moving force behind the production, says that she and Santa Fe Stages’ producing director Craig Strong chose The Cherry Orchard for this Lensic debut season because they felt the play resonates with the same preoccupations that prevail in New Mexico: the relationship with the land, the inexorable passage of time, the supplanting of one set of values by another.

Mason does an impressive job as Ranyevskaya, that infuriating mater familias who returns to her Russian home after a five-year sojourn in France just as the family estate is going on the auctioneer’s block. She captures Ranyevskaya’s self-indulgence and financial obliviousness well, along with the unresolved grief over the drowning of her young son that drove her abroad in the first place. What she doesn’t manage well, unfortunately, is the gallantry and pathos needed to make this selfish woman bearable and explain why everybody else on stage puts up with her. Like the wealthy arriviste Lopakhin, I just wanted to shake some sense into her.

Certainly Kevin Kilner’s Lopakhin does everything short of hitting her with a two-by-four to persuade her to solve the family’s financial crunch by cutting down the orchard and leasing off some of the land. Kilner has the appropriate energy for the role and is genuinely touching in his drunken amazement at his own financial success. His performance is marred, unfortunately, by a made-for-TV all-American voice that conflicts with the other performers’ mid-Atlantic theatrical speech. Director Moore may have thought that casting Lopakhin, the representative of the new order, with the only pure American accent on stage was a clever idea, but unfortunately it makes him sound too much like an ambitious yuppie before the dot.com crash.

Peter Donat, dithering elegantly, turns in a touching performance as Ranyevskaya’s brother Gayev, whose endless monologues conceal a mind too fatigued to take any action of consequence. Watching Donat’s hands flutter as he grasps for ideas that constantly elude him is pleasure enough for any evening at the theater.

The rest of the cast is uniformly first-rate. Emma Roberts and Mia Dillon as Ranyevskaya’s daughters, John Hansen as the earnest student Trofimov, Ursula Drabik (doing a fine ventriloquist number at the third-act party) as the loony governess Charlotta, Time Winters as the "disaster a day" Yepikodhov, and Matt Decaro as the constantly sponging Pishchik all inhabit their roles seamlessly. Among the serving classes, Alan Mandell is touching as the aged retainer Firs — a former serf as deluded as his masters — while Adrienne Dreiss gives the flibbertigibbet Dunyasha a style of her own and Anthony Diaz-Perez is a properly insufferable Yasha.

The production was further enhanced by original music by Larry Delinger and terrific costumes by Holly Poe Durbin. All in all, an impressive debut in a splendid new theater that is a welcome addition to a city already known worldwide for its devotion to art and opera.