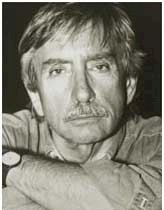 Edward Albee’s new play is puzzling, powerful, bawdy, disturbing and deeply weird. It challenges a viewer to decide whether what seems to be happening in the world of the play is really happening, and once that conclusion has been reached the challenge becomes, as in any great play, to puzzle out how many ways the play can be experienced or understood. At the final blackout each member of the audience must take it all home and wrestle with it knowing that, as in most of Albee’s work, it may never become completely clear. And why should it? Life, on the level of complexity with which Albee deals with it is a slippery thing to grasp at best.

Slippery, yes, is another adjective that might well be applied to this strange and moving play. At first it seems to be a midlife crisis tale, as a 50 year-old world famous architect prepares to be interviewed in his home on video tape by an old friend in the TV business. He certainly merits the interview; he’s just won a major award and his current project is designing a multi-billion dollar city to be erected in the middle of the wheatfields of the midwest, a mad project that sounds like Le Corbusier by way of Robert Moses. He chats with his wife, clearly nervous and forgetful, confused about what day it is, forgetting the names of friends, and finding a couple of cards in his coat pocket with names he doesn’t recognize. He’s having a bad-memory day, but by no means a meltdown.

In a bit of back and forth banter with his wife he tosses off the fact that he’s having an affair with a goat. She laughs, quips back that she’ll stop at the feed store on the way from a hair appointment. Ha ha. Well, and it’s giving away almost nothing in plot suspense to say so, he is in fact having an affair with a goat, not like someone becoming especially attached to their dog or cat, but an actual affair with all it implies. This is a goat with whom–or rather, with which–he has become deeply involved.

His wife finds out. He tries to explain and she tries to understand, and this confrontation scene is the heart of the play. This is his first affair, he explains, after 22 years of marriage, and he’s still happily married. It’s just that there’s Sylvia–that’s the goat’s name–to be dealt with. Sylvia is indeed dealt with in the play’s final scene that will make the viewer laugh, cry, or (at least want to) run screaming from the theatre.

There are echoes of Albee’s previous plays here–Who’s Afraid of Virginia Woolf? and The Play About the Baby come to mind. There are echoes of Pirandello’s Six Characters in Search of An author in its exploration of the idea of identity, and whether we are who we are at life’s most intense acts, or who we are day by day in our ordinary, typical moments.

Bill Pullman as Martin, the architect, dives headlong into a role that most top drawer actors would probably avoid, and he succeeds in making this twitchy, obsessed character believable and even sympathetic. Mercedes Ruehl is brilliant as his wife, a highly intelligent, consummately verbal woman. Her rage crackles in the air around her as she tries to process a stranger extra-marital affair confession than any reasonable spouse could ever expect.

Unfortunately, the acting is uneven. Stephen Rowe plays the family friend-TV interviewer and he is saddled with a role that seems sketched in to serve the plot rather than written with much depth. Even so, Rowe seems to be half on stage and half somewhere else, in some other play. Jeffrey Carlson plays the couple’s young gay son; his performance has the feel of an acting class exercise assigned by a teacher to explore only one aspect of the character. The heart of the play is confrontation between husband and wife, and the rest feels superfluous.

David Esbjornson’s direction combines the elements of theatricality that Albee’s work demands with careful moment by moment exploration of the minds and hearts of the main characters.