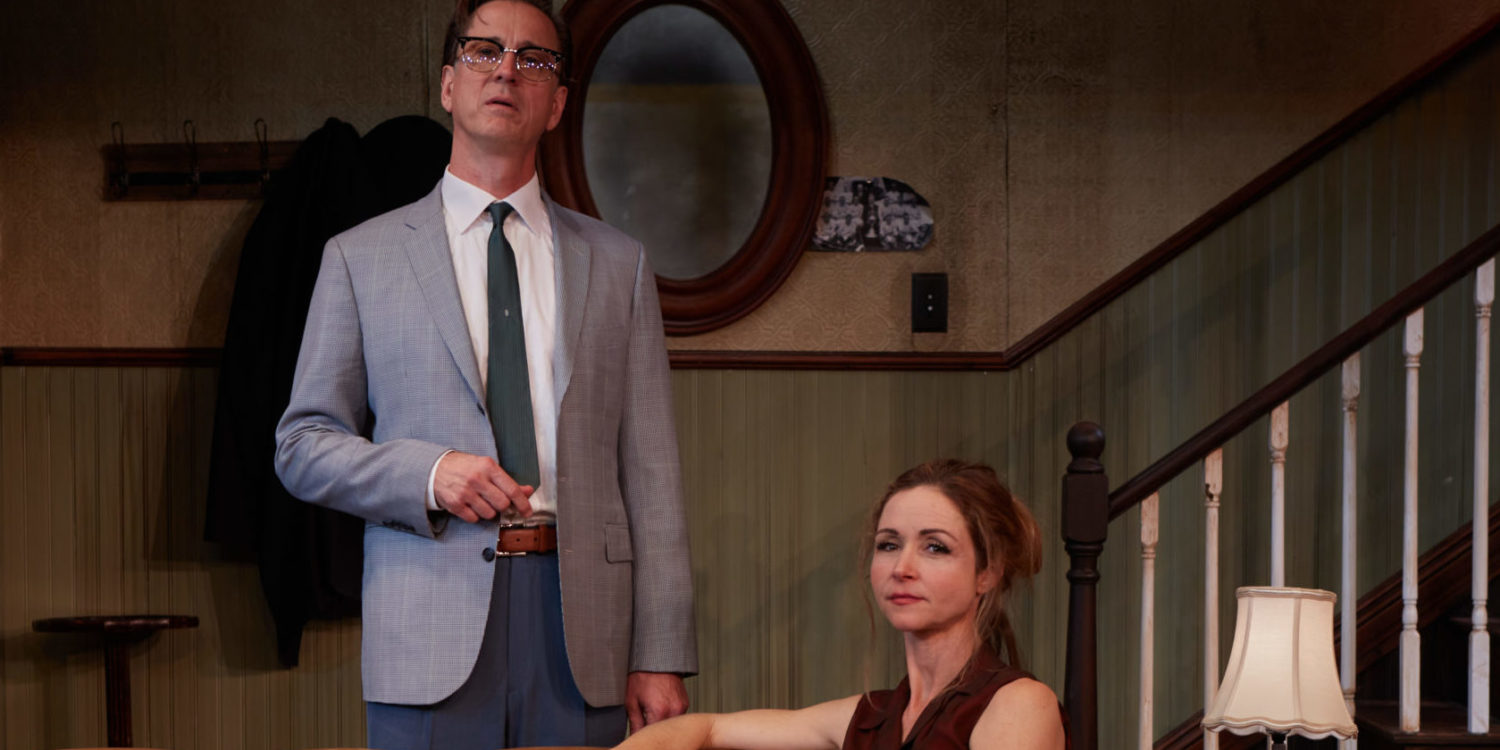 In the dead of night, a university professor returns unannounced to his childhood home in a scruffy part of London after years of estrangement from his working-class family. An old key buried in his pocket effortlessly unlocks the front door. It’s a tip-off that, in addition to the lock, nothing here has changed including the combustible family dynamics that prompted his earlier escape to America.

A compelling evening of theater awaits fans of playwright Harold Pinter in the North Coast Rep’s production of “The Homecoming.”

Those unfamiliar with Pinter’s work may find this dark drama akin to walking into a buzzsaw.

Frank Corrado gives a boffo performance as Max, the family’s profane patriarch widower. Also living under the same roof is Max’s cowering brother Sam (James Newcomb), a chauffeur; and two of Max’s three sons, Lenny (Richard Baird), a pimp who will make your skin crawl; and Joey (Justin Gordon), who works in demolition by day, is training to become a professional boxer by night and is already exhibiting one too many blows to the head.

The unannounced arrival of Max’s uptight older son Teddy (Bruce Turk) is of less interest to the men than the debut of Ruth (Melanie Lora), Teddy’s wife of six years whom the family has no prior knowledge before coming downstairs in the morning for breakfast. Under Ruth’s outward proper reserve is a sensuous, smoldering presence that is nothing short of pulling the pin of a hand grenade as the men engage in a testosterone-fueled competition for her attention and favor.

A hallmark of Harold Pinter plays is the strategic use of silence to build tension and reveal the best and worst of characters. Director David Ellenstein excels with this excellent cast in translating this crucial aspect of Pinter storytelling: Such as Lenny’s deliberate invasion his sister-in-law’s personal space during the simple act of reaching for a glass of water.

“Every bit of the moral code they live by was taught to them by their mother,” Max proclaims. Indeed.

We come to learn that Ruth grew up in the same part of London as Teddy under similar pinched circumstances and, before marriage, she made ends meet by working as a nude model. When an shocking proposition is proffered by the men, Ruth utilizes her considerable street smarts to turn the table to her full advantage.

The liberal use of tobacco-free/nicotine-free cigars and cigarettes throughout the two-act play imparts a smoke haze that smolders along with the tension in the room. The smoke could just as easily signify spontaneous combustion.