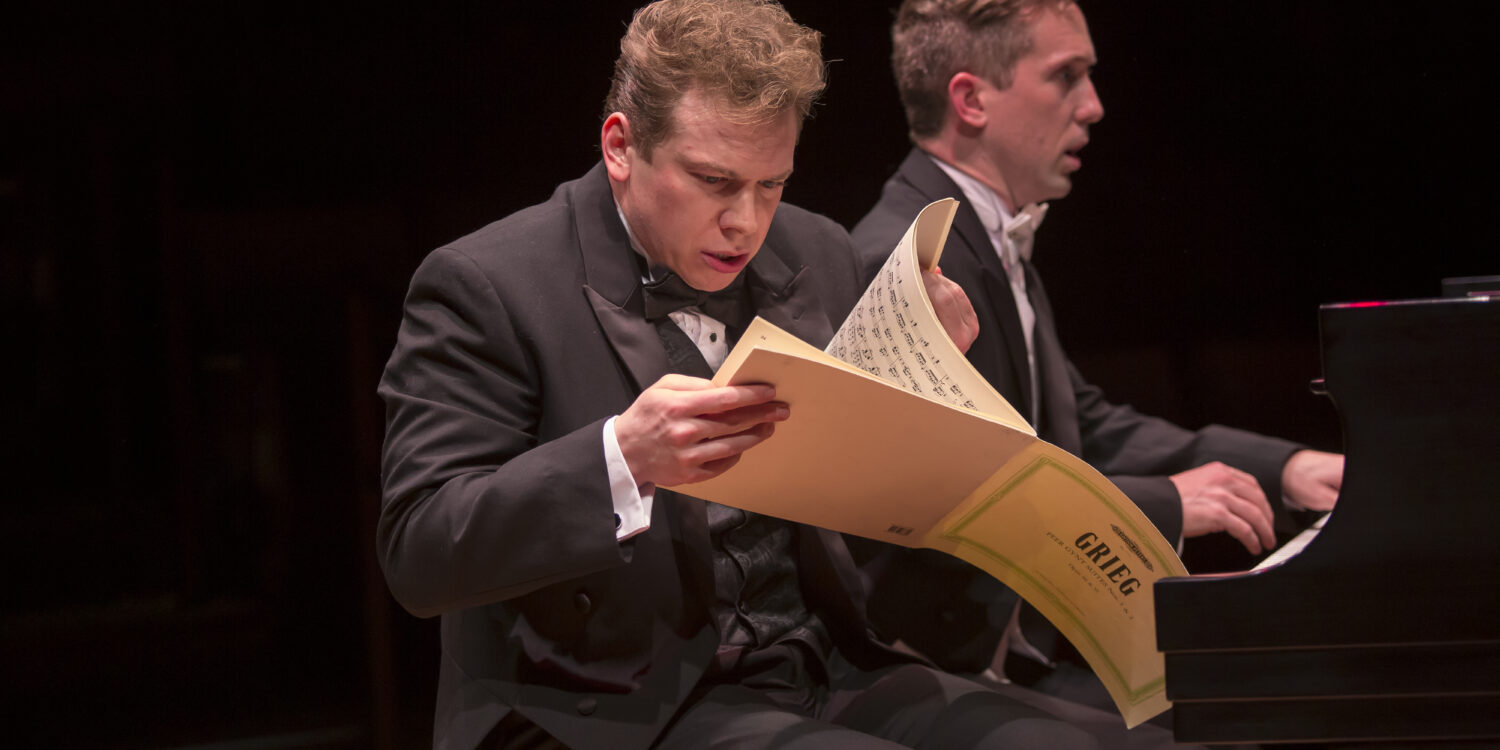 There are many reasons for a child to take piano lessons. Aside from the mastery of an instrument and musical scores, beginners learn concentration, a strong work ethic and how to push themselves. In the musical comedy “2 Pianos 4 Hands,” the lessons and laughs go well beyond scales and arpeggios as two promising students learn to negotiate like Teamsters with parents over the length of daily practice sessions, stand up to bullying piano teachers and engage in psychological warfare when childhood besties – finding themselves in the same recital competition – size up one another like opponents in a prize fight.

This part-play, part-concert musical journey, on stage at North Coast Rep, follows the talents and travails of Ted (Jefferson McDonald) and Richard (Matthew McGloin) from childhood to adulthood as they aspire to greatness as concert pianists. McDonald and McGloin are musicians of the highest caliber who also have the comedic chops to pull off multiple roles as keyboard novices, harried teachers such as Sister Loyola who finds solace in a cup of tea and a nap after lessons with a tone-deaf pupil, parents living out their musical ambitions through their children, cold-hearted gatekeepers at musical conservatories and a world-weary announcer at a recital who must endure an afternoon of 60 youngsters each playing the same piece of music.

You need not be a classical music aficionado to enjoy the show. Mixed in with selections by Bach, Beethoven, Mozart and Chopin are tunes from the Great American Songbook and foot-tapping numbers by Hoagy Carmichael, Elton John and Billy Joel, whose signature “Piano Man” is enlivened by a shimmering mirror ball dangling over audience members unrestrained in belting out the lyrics.

The cast is in the expert hands of director Tom Frey whose own career has taken him from performing as a pianist to acting in an earlier production of “2 Pianos 4 Hands” to now directing this captivating production.

“Transverse Orientation: Keeping a fixed angle on a distant source of light for orientation.”–Like moths to a flame             Transverse...
DanceTheater