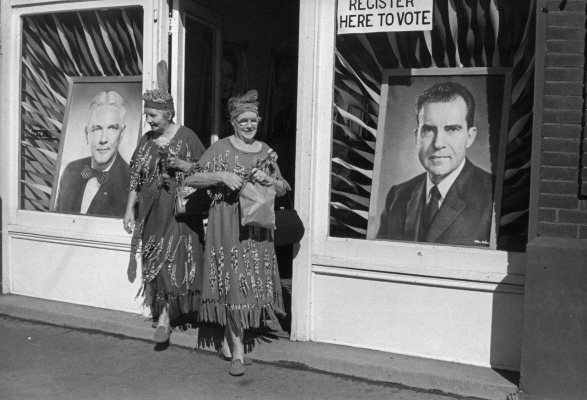 Henri Cartier-Bresson (1908–2004) is one of the most pioneering and accomplished figures in photography. His inventive work helped create modern photography and photojournalism. With an exceptional ability to capture images of life on the run, Cartier-Bresson’s work became synonymous with “the decisive moment.”

This noteworthy exhibit, aptly subtitled “The Modern Century,” is the first large-scale U.S. retrospective of the artist’s work in more than 30 years. Featured are about 300 prints from Cartier-Bresson’s 60-year professional career from 1929 to 1989, with an emphasis on his most productive years, 1932 to 1973. The exhibition explores a fresh understanding of the artist, with some 60 works on view that have never before been presented to the public.

In the early 1930s, Cartier-Bresson helped define photographic modernism, using a handheld camera to capture fresh and surreal black and white images from moments of everyday life. Yet, the early 1930s photos in the exhibition, although technically “picture perfect,” failed to provide me with emotional nourishment.

In the late 1930s, as Cartier-Bresson became more involved in political struggles, he turned to photojournalism and produced his finest work by capturing images of worldwide change and revelation.

Before television, the public was hungry for photos in picture magazines such as “Life” and “Look.” Cartier-Bresson, who traveled extensively for most of his life, was often where the news was happening. He was given access to shoot many now iconic photos, including, for example, Lyndon Johnson being sworn in as president after John Kennedy’s assassination.

The exhibition is organized into 12 thematic sections; the first two sections are chronological surveys focusing on the artist’s independent work in the early 1930s and his work immediately following World War II.

The next three sections focus on the ancient patterns of life in three parts of the World: the East, the West, and, of course, France. The first of these sections explores Cartier-Bresson’s major bodies of work in India and Indonesia at the time of their independence, with photographs of important events, including Mahatma Gandhi’s last days and the aftermath of his death.

Images of the Soviet Union are the focus of the following sections, when Cartier-Bresson was the first Western photographer to gain access to the country after Stalin’s death in 1953. This section also includes photographs of the U.S. during the postwar boom, with the majority of these works previously unknown to the public, and from his four-month stint in China in 1958 documenting that country’s “Great Leap Forward.”

The four sections concluding the exhibition focus on varied themes, including the subject of beauty, Cartier-Bresson’s observations of street gatherings around the World, the transformation of Europe as old cultures are confronted by modern realities, and 34 insightful portraits of notables such as George Balanchine, Truman Capote, Henri Matisse and Jean-Paul Sartre. These photographs reveal the artist’s skill as an observer of the human condition and as one of the distinguished portraitists of the 20th century.

There is much to admire about Cartier-Bresson, including his lengthy career, his unerring eye for the decisive moment and his influence on photojournalism in the 20th and 21st centuries. His works, although more analytic than emotive, present a rich and challenging account of the modern century.

The exhibition was organized by Peter Galassi, chief curator of the department of photography at The Museum of Modern Art in New York.