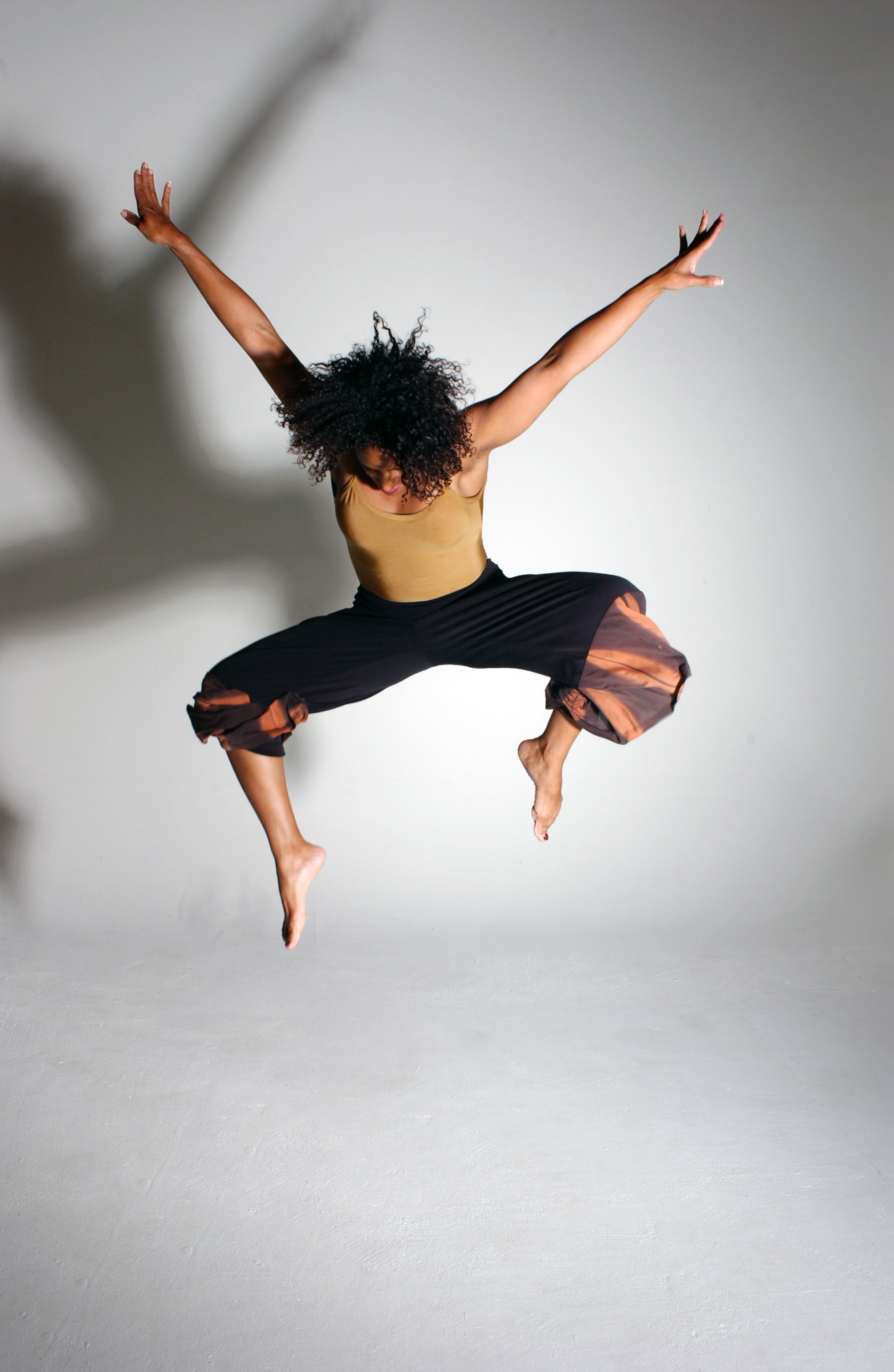 Kendra Kimbrough Barnes and Laura Elaine Ellis have produced six years
of Black Choreographers Festivals.  This year, in addition to the
performances at Dance Mission Theater, the Festival offers classes for
young people and a Next Wave Choreographers Showcase, February 26-28,
as well as film showings. Their devotion and care in bringing artists,
old and new, to diverse audiences deserves constant praise and
admiration.

The show on February 19 offered an abundance, often an overabundance
of riches. Opening with Chloe Arnold’s tap-talk, “Phenomenal
Woman” (words by Maya Angelou) and closing with “Anba Dio” a “Neo-
folkloric” mourning ritual choreographed by Adia Tamar Whitaker, the
evening demonstrated the wide range of approaches to both tradition
and invention taken by Bay Area
Black choreographers. It was all fascinating and alas, too much, too
long.

For this viewer, the important works were by the women; Deborah
Vaughan, Rosangela Silvestre, Kendra Kimbrough Barnes and Adia Tamar
Whitaker.  Vaughan’s piece, “Resilience” and excerpt from “Mudizimu”
2003, (restaged 2009) is a collaboration among American, Cuban and
Zimbabwe artists as well as dancers from Vaughan’s Oakland based
Dimensions Dance Theater. The sequence of group, solos, and duets
offered very satisfying dynamics and a wide range of jumps and
footwork recalling African roots.  Outstanding artists were Latanya
d.Tigner, Laura Elaine Ellis and the four drummers.

“Oya, ” choreographed by Rosangela Silvestre, restaged by Barnes, was
an extensive series of events,  engaging women first as warriors who
then seemingly emerge as priestesses. The movement is full bodied and
exciting, consisting of large locomotor patterns accompanied by
multiple torso twists and varied free arm gestures. Barnes herself
danced a queenly-goddess role. “Oya” was  beautifully accompanied by
musician Taji Maalik and vocalist Delina Patrice Brooks.

The mourning ritual, “Anba Dio” (2009) was staged with the performers
seated in chairs all playing ‘shaking’ instruments, called Shekere,
Their sound and the dancers movement,  rising and falling, from
sitting to standing, built an intense emotional drama. Whitaker and
Sonia Whittle were the effective vocalists of Whitakers’ script.

“Safety of Abstraction,” choreographed and performed by Robert Henry
Johnson and his company, proved disappointing, although it had some
good dancing within its episodes.  The work concerned the slave trade
and Johnson talked his text “Yam” and “Antelope Boy” and well as
“Slave Ship,” lyrics by Reg E. Galines. The stage was littered with
cups and saucers, seemingly to mock the European custom of tea
drinking, but there was little continuity from one part to another and
final no real impact, despite the seriousness of the subject matter.
Johnson might talk less and provide more extended dance sequences. Byb
Chanel Bibene was the strong, outstanding male dancer.

Also ineffective, alas, despite good intentions, was Reginald Ray-
Savage’s attempt to choreograph “Agon,”, a Stravinsky work well known
to dance audiences through Balanchine’s 1957 production and often seen
here at the San Francisco Ballet. Ray-Savage’s dance vocabulary is
modern ballet-jazz, and though Stravinsky’s music has complex rhythms,
his vocabulary did not suit. Each short section of “Agon” is a
different dance form; yet Ray-Savage hardly differentiated the moves
from one part to another.  Although the dancers did what they do well,
(especially the women) it was difficult to honor their efforts,
especially since Ray-Savage cut the music to fit his solos and duets.
This work needs more care and the performers, Alison Hurley, Damon
Mahoney, Jarrod Mayo, Genna Beattie and Mellisa Schumann, as well as
Mr. Savage,  need more help understanding “Agon.”

Raissa Simpson’s brief work “Judgments in Milliseconds”(2008) was a
slight effort at being charming.  Simpson might rework her performance
to give us more ‘oomph.’ A program such as “Here and Now” deserves the
best.