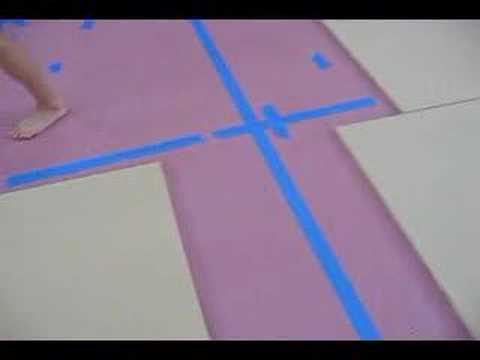 On and Off the Beat of a New York Critic

Two very different New York events recently offered some interesting metaphorical and literal intersections. Wally Cardona Quartet performed Cardona’s SITE at DTW, and uptown, a Richard Serra exhibition opened at MoMA. Cardona continued his previous work’s examination of process, of materials accumulating and forming other structures. The set for SITE comprised variously sized sheets of plywood; the right half of the stage was covered with construction paper held together with blue masking tape, and a marching band from Helena, MT played live but offstage. The compact Julian Barnett studiously moved larger sheets around the stage, sometimes letting them tip to the floor with a woosh. The men (Bill Manka, Barnett, and Cardona) wore construction work-appropriate clothes; the women (Kana Kimura and Joanna Kotze), evocations of a sort, such as form-fitting coveralls. The group collaborated on building a shantytown with some of the smaller boards, carefully tilting the “walls” as one would with a house of cards. Under the surface bubbled themes of survival, of dance’s inherent need for rehearsal space (real estate) as a threat to the art form, and of the paradox New York as both the center of dance and one of the most competetive real estate markets in the world.

At MoMA, three of Serra’s truly awe-inspiring monumental works from 2006 occupy the second floor: Band, Sequence, and Torqued Torus Inversion. They are arrogant and aspirational in the best way, similar to how the pyramids, Notre Dame, and the Great Wall transcend reasonable limits of physics and perception. They’re also simple: thick sheets of steel, covered in a gorgeous textured rust, curved enough to stand alone; welded together at times to make coils and torques. Their power is not just in their weight and overwhelming size, but in their beauty, and in Serra’s accomplishment in conceiving of them and getting them created. Walking next to a section that cants overhead induces both lack of balance and queasiness. Older and smaller works are shown upstairs, including some leather hanging works and steel plate works playing with a room’s space. Delineator, featuring a plate on the floor, seems like Carl Andre redux until you realize there’s a matching plate hovering menacingly above on the ceiling. In Circuit II, four plates standing on edge carve a room into quadrants, leaving a small passage at the theoretical intersection.

But it’s the prop pieces that resonate in the same key as Cardona’s SITE. Serra used sheets of lead and pipes to make freestanding pieces that must be unstable as they are surrounded by plexi fencing like a herd of rabid sheep. Cardona’s intent in the ‘tilted’ segment of SITE felt loaded with messages, perhaps because we observed the construction process. They also relate back to the Judson experimentalists, who presented tasks as performance. Cardona’s choice of prop materials is so simple, and yet so backhandedly radical. Serra’s tilted-lead sculptures come off more as straightforward physical experimentation with potentially mild dangerous consequences; a prelude to his giant and extremely threatening monuments which are the polar opposite of a fleeting dance performance that nonetheless lingers powerfully in the mind’s eye.