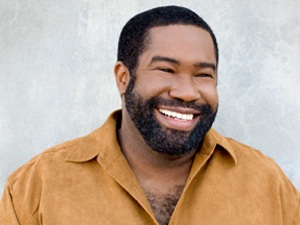 Owens’ Triumphant Break from ‘The Ring’

Composer Ned Rorem used to categorize music as exclusively French or German just for funsies, but his formula wouldn‘t work on Philadelphia bass-baritone Eric Owens. Owens is the dreadlocked Albrect in Robert LePage’s high-tech version of Wagner’s “Ring” cycle at the Metropolitan Opera this season, and he is also touring on concert stages with his gorgeously crafted recital of both German and French repertoire.

In February, Owens, a Philadelphian who trained at the Curtis Institute of Music, appeared with fellow Curtis alum, conductor Richard Spano, at Carnegie Hall. A week later Owens performed at the Philadelphia Chamber Music Society in the Kimmel Center’s Perelman Theater, singing to his avid hometown fans.

Minutes before the recital, PCMS rep Miles Cohen announced that Warren Jones would be subbing for pianist Craig Ruttenberg, who was recovering from a fall. The switch resulted in some last-minute program changes, completely understandable with Owens’ song list, which is designed to be a high-wire solo opera, requiring razor-honed artistry and most impressive, complete character immersion.

Owens, wearing a loungy black ensemble, looked a bit nervous greeting the audience at the warm reception in the Perelman. He raised his eyebrow and flashed a grin: “Wait, it might not be good.” But, obviously this was misplaced self-doubt because, from the start, Owens zoned into the technical clarity of the songs and an instant gallery of characters.

He could easily rest on the warm glow of his golden middle baritone, but he has so much in his arsenal. Owens’ doesn’t go to basso evaporation, he pulls back; in upper ranges, he continues to refine a silky passagio.

The Sturm und Drang of the 19th century German composers gave way to the air and light of the French composers in the second half. Owens and Jones were equally vivant for the French selections, and Owens’ lyricism in three of Claude Debussy’s Four Songs— “Beau soir,” “Fleur des Bles” and “Romance”— was packed with subtle hues that open to dramatic blooms. Debussy quotes “TheMarseillaise” at the end, and Owens’ vocal counterpoint to the playing had earthy and heroic glamour.

To outdo himself he concluded with Ravel’s “Don Quichotte à Dulcinée” — “Chanson Romanesque,” “Chanson epique” and a very believable souse for “Chanson à boire,” getting huge laughs as he clasped the piano for stability. By the time he got to the African American spiritual, “Go Down to the River,” Owens was triumphal.