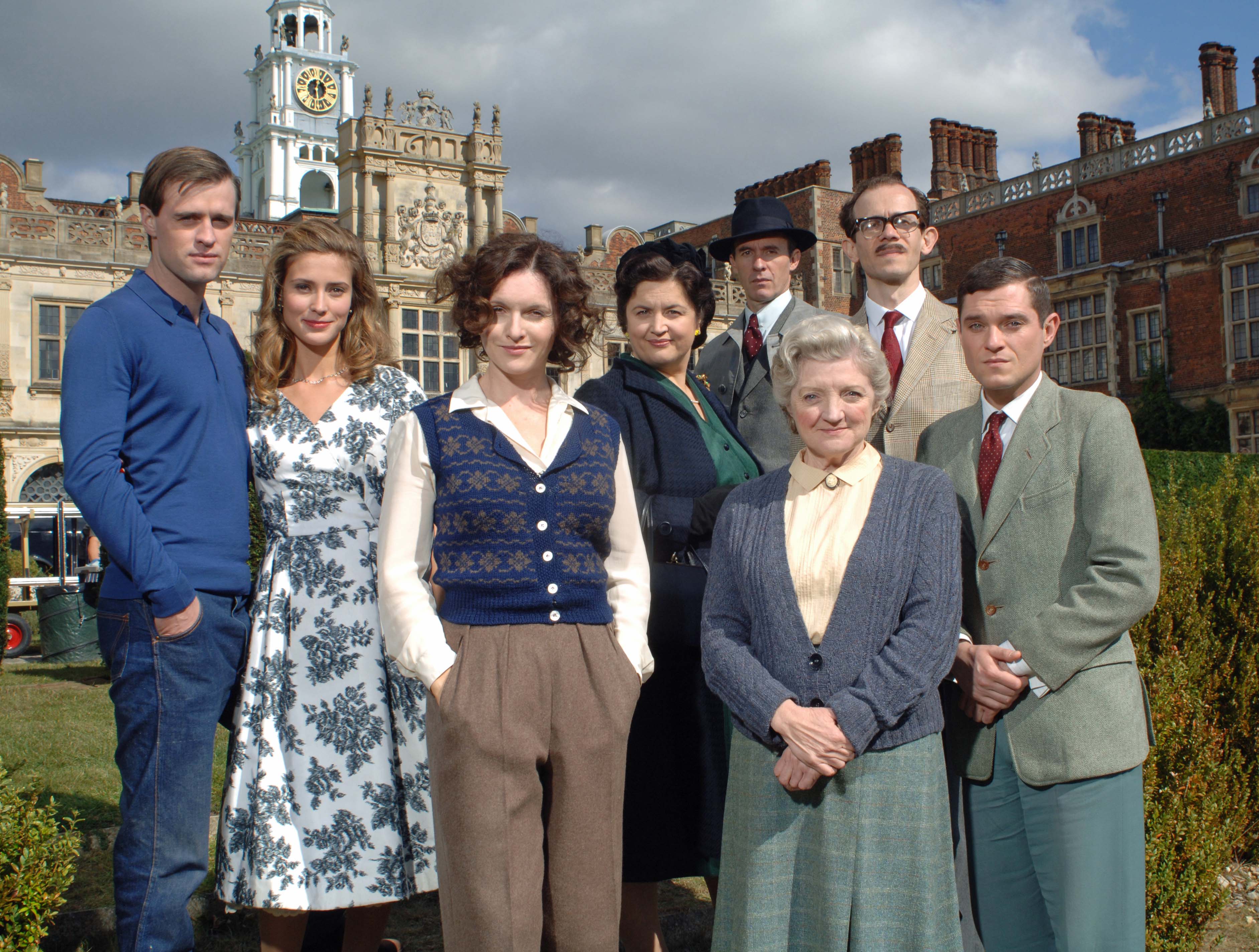 Julia McKenzie (Cranford) is back for her second season as Miss Marple in three new productions of wonderfully engaging, well-acted, tightly written, complex cases — The Mirror Crack’d from Side to Side (May 23), The Secret of Chimneys (June 20) and The Blue Geranium (June 27).

Jane Marple, St. Mary Mead’s master sleuth, though imbued with intelligence, shrewdness and life experience, hides these qualities under her disguise as an elderly “spinster lady.”

Each actor who has played Miss Marple tries to bring some originality to the role and distinguish herself from her predecessors. Miss Marples on film include Gracie Fields, Margaret Rutherford, Angela Lansbury and Helen Hayes; the recent television productions have starred Joan Hickson (a bit too glum), Geraldine McEwan (a bit too cute) and now, Julia McKenzie.

Since her so-so performance in Season IV, http://Culturevulture.net/index.php?option=com_content&view=article&id=47:six-by-agatha-a-pbs-masterpiece-mystery&catid=8:television&Itemid=9  McKenzie seems to have morphed more confidently into the role of Miss Marple. She plays Miss Marple with greater animation and verve; she has the twinkle down pat; she smiles knowingly; and she has far better material with which to work than she had last season.

In the The Mirror Crack’d From Side to Side (published 1962), co-starring Joanna Lumley (Absolutely Fabulous) and Lindsay Duncan (Alice in Wonderland), Hollywood glamor takes residence in St. Mary Mead’s Gossington Hall in the form of a troubled, aging actress and her young film director husband. Eager St. Mary Mead residents cluster around, hoping to breathe an ounce of celebrity into their country lives.

The allure ends quickly when seemingly unconnected people are found poisoned. Miss Marple, whose twisted ankle keeps her at home for part of the time, nevertheless tracks down the killer and discovers the heartrending reason behind the murders.

It is hard to disagree with those who think that Christie used famed actress Gene Tierney’s (Laura, 1944) personal tragedy as the basis for The Mirror Crack’d from Side to Side. The terrible occurrence, as well as the circumstances under which crucial information was imparted to Tierney, is repeated almost verbatim in Christie’s story. Since Tierney’s misfortune unfolded in 1944, and The Mirror Crack’d from Side to Side was published in 1962, how could Christie not have known about it?

The Mirror Crack’d from Side to Side was adapted for a 1980 feature film starring Angela Lansbury as Miss Marple, co-starring Elizabeth Taylor, Kim Novak, Rock Hudson and Tony Curtis. Although it’s available on DVD, I’m not recommending it; with so many Americans in the cast, and a badly written script, the film is lifeless. A second adaptation of the novel, made by BBC television in 1992, with Joan Hickson in the title role, is much better.

Unlike the prominence of The Mirror Crack’d from Side to Side, Christie’s novel, The Secret of Chimneys, published in 1925, and her short story, The Blue Geranium, written in 1932, have never before been translated to film or television.

In The Secret of Chimneys, Miss Marple accompanies Lady Virginia Revel to her family home of Chimneys for a lavish weekend party that Virginia’s father is hosting for an important Austrian Count. Excitement abounds. The Count goes missing amid gunshots, secret passageways, odd suspects, coded messages, and a decades-old murder that might be connected to a mysterious diamond theft. On the more personal side, Lady Virginia must decide that weekend between marrying a career politician or her heartthrob.

The Secret of Chimneys, with its extravagant setting, plot and characters could have only been written by Christie. Stephen Dillane (God on Trial) and Edward Fox (Oliver Twist) guest star.

The third episode concerns the “notorious Blue Geranium Murder case” of the title. The original short story is expanded here to good effect. The wealthy, querulous and unpopular Mary Pritchard (Sharon Small, The Inspector Lynley Mysteries) dies when the geranium in her wallpaper turns blue, as a fortune-teller foretold. Miss Marple discovers new evidence on the day the innocent defendant is about to plead guilty to Pritchard’s murder.

With a perplexing over abundance of suspects, only Miss Marple could have figured it all out. I surely didn’t.

It’s a pleasure to watch these three new well-filmed productions with first-rate acting and tightly written scripts based on great mystery stories that only Christie could have written.

Also this season, PBS is airing some encore presentations of Miss Marple cases including A Pocket Full of Rye (June 6,) and Murder is Easy (June 13).