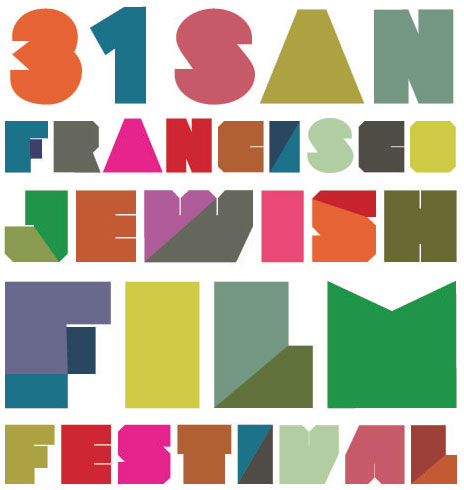 The 31st Annual San Francisco Jewish Film Festival:
A Community Takes a Look at its Own Through Film

Someone once wrote on a festival questionnaire, “The Jewish Film Festival is my favorite Jewish holiday.”

As always, there’s a lot to look forward to: 39 features and 19 shorts; a focus on films about Poland and its Jews; a special award to Kirk Douglas, together with screenings of “Spartacus” and the rarely seen “The Juggler.” There will be premieres (international, US, North American, etc.) and guests, including directors, panelists, and, of course, actors (including Kirk Douglas). Sixteen countries will be represented.

So much for the preliminaries. Here’s a preview of some of the films.

One of the festival’s coups is “Sarah’s Key,” the film adaptation of Tatiana de Rosnay’s best-selling novel, soon to be released theatrically. Kristin Scott Thomas plays Julia, an American journalist living in Paris who discovers a link between her husband’s family and a young girl who was a victim of the notorious 1942 Vel d’Hiv roundup of French Jews. Unlike many films, this one improves on the novel, which has a slick chick-lit vibe. Credit Scott Thomas for her sensitive portrayal and director Gilles Paquet-Brenner (who also co-wrote the script) for effective transitions between the present and the World War II era.

On the same subject is “The Roundup” (director: Rose Bosch) which follows one family sent to the Vel d’Hiv (Velodrome d’Hiver), the Paris stadium where 13,000 Jews were held before being sent to Auschwitz and other death camps. The film uses heartbreaking footage of the actual roundup; extended scenes of Nazis and their collaborators could have been cut.

In “In Another Lifetime,” eighteen Hungarian Jews are marched through Austria on their way to the Mauthausen concentration camp during the chaotic closing days of World War II. Bivouacked in a barn, they attempt to preserve their humanity-and that of the barn’s reluctant owner-by playing and singing “Wiener Blut.” Filmed with stark, unsentimental technique-no background music, no flashbacks-Elisabeth Scharang’s film shows both the kindness and the cruelty of man, and the efforts of people to preserve their dignity.

Also set during World War II is the Polish film “Joanna,” directed by Feliks Falk. Joanna (Urszula Grabowska), a Gentile woman whose husband is missing at the front, finds a seven-year-old Jewish child, Rosza (Sara Knothe), waiting for her mother who has been arrested. Alternately touching and suspenseful, the film features outstanding performances by its stars.

Moving to the present day: In “Polish Bar,” Reuben Horovitz’s (Vincent Piazza) official job is at his uncle Sol’s (Judd Hirsch) jewelry shop, but his passion is DJ-ing at a strip club while selling cocaine on the side. What sort of career is that for a nice Jewish boy? Vividly if disturbingly rendering Chicago’s seedy underbelly, Ben Berkowitz’s gritty film examines the conflict between Reuben’s devout Orthodox family and his attempt to escape from the “pressure to be Jewish all the time.”

A prize-winning Israeli film, Guy Nattiv’s “Mabul” (‘The Flood”) opens the festival. Set on a collective farm, the film tells the story of one family: cheating wife, unemployed husband, and two handicapped sons. I haven’t yet seen this film, but it sounds like a portrait of all too many families, Israeli and otherwise.

Documentaries are always a big part of the festival. In alphabetical order, here are some that stand out:

“Bobby Fischer against the World.” The great chess champion ended his days in self-imposed exile in Japan (or was it Iceland?), having forfeited his title and made shocking anti-Semitic rants. Did I mention that Fischer was Jewish? Liz Garbus directed.

Simone Weil, the famous 20th-century French intellectual, is the subject of “An Encounter with Simone Weil,” directed by Julia Haslett.

Erich Mendelsohn was among the most heralded architects of the 20th century, designing structures from the 1919 Einstein Tower, an observatory for the famed physicist built in Potsdam, Germany, to the Hadassah Hospital on Jerusalem’s Mount Scopus in the 1930s, to buildings in England and the United States. In “Incessant Visions-Letters from an Architect,” Duki Dror recreates Mendelsohn’s life via letters to his wife Louise, reenactments, old photographs and films, and interviews with contemporary curators and historians. Despite choppy editing and annoying background music, the film largely succeeds in introducing Mendelsohn to a public that may have forgotten him or never knew him.

“In Heaven Underground,” directed by Britta Wauer, leads us through Berlin’s Weissensee Jewish Cemetery, with its 115,000 graves. Though the documentary has its poignant moments, its tone is mostly cheerful, as it explores the history behind the gravestones (“Every gravestone is a piece of world history”) and the way that the leafy oasis in the midst of a big city-amazingly, not destroyed by the Nazis-has provided a resting place for both the living and the dead since the 1870s.

“Sholem Aleichem: Laughing in the Dark” is a detailed account of “the Jewish Mark Twain,” the prolific author of the stories on which “Fiddler on the Roof” is based. Sholem Aleichem (whose original name was Solomon Rabinovich) based his stories on the everyday lives of Eastern European shtetl (small-town) Jews. The film captures not only the author’s life but also his times-the late 19th-century-when Jewish life was being transformed by secularization and emigration. (Footnote: the festival will also screen the 1939 Yiddish film “Tevye,” starring Maurice Schwartz as the dairyman Tevye.)

This festival is the final one for retiring Executive Director Peter Stein, who assumed leadership in 2003. He’s only the latest in a string of energetic and creative people who have guided the festival since its founders, Deborah Kaufman and Janis Plotkin, conceived it in 1980. And he won’t be the last.