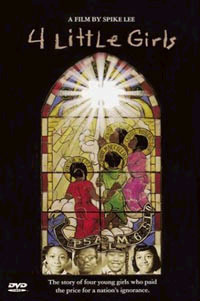 Carry Me Home: Birmingham, Alabama – The Climactic Battle of the Civil Rights Revolution

Long Time Coming: An Insider’s Story of the Birmingham Church Bombing That Rocked the World

In 2001, an Alabama court convicted Thomas Blanton Jr. of murdering Addie Mae Collins, Denise McNair, Carole Robertson, and Cynthia Wesley in a 1963 bombing of Birmingham&#146;s Sixteenth Street Baptist Church. Blanton received a life sentence, as did his accomplice Bobby Frank Cherry, who was convicted the following year. Some of the credit for the two convictions may well be due to Spike Lee&#146;s memorable 1997 documentary, 4 Little Girls, which brought new attention to the case.

Lee&#146;s movie is not just about the bombing, but about the lives of the victims and their families. At the start of the film, the parents of Denise McNair discuss how they met, their hopes of raising a family, the birth of their daughter. Lee allots enough time to the family stories to let the girls&#146; different personalities emerge and the old photos are especially moving. Chris McNair&#146;s favorite picture of his daughter is unforgettable: with a big smile, she hugs a white, blonde-haired doll.

The film mixes the families&#146; stories with a concise history of the integration struggle in Birmingham. Reverend Fred Shuttlesworth, the leader of the local civil rights movement, describes the climate of terror that prevailed in segregated Birmingham, his words reinforced by footage of a 1956 bombing of his home and a 1957 mob attack on his person. Likewise, stories of everyday events reveal how racism marred the children&#146;s lives long before the attack on their church. The McNairs talk about the day they had to explain to their daughter why they couldn&#146;t buy her a sandwich at a store lunch counter. &#147;She didn&#146;t understand that so hot,&#148; Maxine McNair recalls.

Due to its downtown location, the Sixteenth Street Church served as a meeting point for marchers during Dr. King and Rev. Shuttlesworth&#146;s 1963 campaign of protests. When the demonstrations forced city leaders to agree to proceed with integration, the church became a high-profile target for Klan retaliation. Lee places the segment on the bombing about an hour into the film, after the audience has had a chance to become acquainted with the victims and their families. After so many images of the girls at play, the brief glimpses of post-mortem photographs are all the more sickening. The director also opts for unsparingly tight close-ups on his interviewees, revealing every manifestation of emotion on their faces. Some of the most unsettling sequences deal with the survivors&#146; attempts to cope with memories of the bombing. Addie Mae Collins&#146;s sister Junie was so shattered that she suffered panic attacks for a long time after that day in 1963:

Collins: I was real afraid of being on the outside as well the inside.

Lee also got former governor and segregationist leader George Wallace to agree to an interview. Appearing after 1963 footage of his &#147;segregation forever&#148; speech and his tirades against &#147;lawless Negroes,&#148; the 1990s version of Wallace induces bitter laughter, reciting like a mantra his one accomplishment in life: providing free textbooks for Alabama schoolchildren. Wallace quickly becomes a caricature of a racist in denial, repeatedly introducing his African-American nurse to the camera as his &#147;best friend.&#148;

The film&#146;s portrayal of Wallace echoes Dr. King&#146;s accusation that the governor created a climate that encouraged the Ku Klux Klan&#146;s bombers to believe that they could act with impunity. But Lee could have tied the murders around Wallace&#146;s neck even more firmly than he did. Ten days before the attack on the church, Wallace remarked that &#147;what this country needs is a few first-class funerals.&#148; Two days after that, he made an inflammatory segregationist speech in Birmingham, in which he argued that since no one had died in the town&#146;s many recent bombings, publicity-seeking civil rights activists must have planted the bombs themselves. Present at the governor&#146;s speech were his advisor Robert Shelton, the Imperial Wizard of the Klan, along with two of Shelton&#146;s proteges: Robert Chambliss, the leader of the church bombers, and Troy Ingram, who most likely made the device. After the blast at the church, which Wallace blamed on &#147;Communists&#148; and &#147;outside agitators,&#148; the governor&#146;s state police protected Chambliss and the other leading suspects from federal investigation by arresting them and charging them only with misdemeanor possession of dynamite.

No thanks to Wallace, Chambliss was finally indicted in 1977 and the film&#146;s coverage of his trial reveals the frustrations faced by Bill Baxley, Alabama&#146;s attorney general. Many witnesses refused to testify and Baxley ultimately won a guilty verdict thanks largely to damning testimony from one of the defendant&#146;s relatives (the same would prove true in Bobby Frank Cherry&#146;s case). When Chambliss&#146;s conviction is announced, the knowledge that more guilty verdicts are on the way increases the sense of relief at that moment. However, the obstacles to progress remain glaringly visible throughout the film. One of the closing sequences deals with a rash of arson attacks against predominantly black churches in the South during the &#146;90s. Less dramatic, but as infuriating in its own way, is the appearance by Chambliss&#146;s attorney Art Hanes Jr., who tells Lee&#146;s film crew what a wonderful place Birmingham was back when his father was mayor and segregation was the rule. While Hanes is on-screen, a caption reveals that this apologist for the Klan has become a circuit court judge.