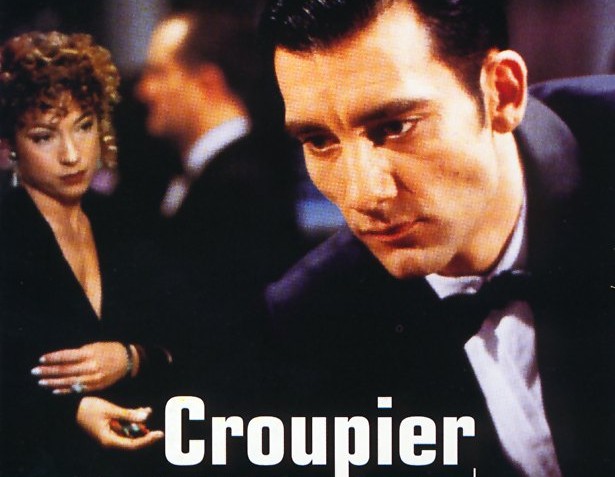 Most summer movies arrive accompanied by a barrage of hype equivalent to the onscreen pyrotechnics that are their reason for being. A few appear seemingly from out of nowhere, slipping past media surveillance and alighting briefly on arthouse screens before being banished to the video store wilderness. Croupier falls into the latter category. Made two years ago in Britain and just now getting an American release, Croupier has the low-stakes experimental freshness of an indie from a first-time filmmaker. But it isn’t; the director, Mike Hodges, has been around for more than thirty years. Best known for the acclaimed 1971 crime thriller Get Carter (a remake with Sylvester Stallone is imminent), Hodges has had a sporadic, uninspiring career dotted with dogs like Flash Gordon and A Prayer for the Dying. The fact that his talents have been dormant for so long makes his latest film that much more of a pleasant surprise.

London setting aside, Croupier has the hard-edged characters and sharp-eyed appreciation for con games of prime David Mamet. The croupier in question is Jack (Clive Owen), a would-be novelist whose dwindling finances prompt his return to the casino life he had left years before. Jack has "the hands of a conjurer – or a card sharp." One of the primary pleasures of Croupier is watching those hands at work – dealing blackjack, spinning the roulette wheel, and counting out chips in the wink of an eye. Hired on by the Golden Lion casino, Jack is quickly made aware of The Rules: no fraternizing with co-workers or "punters" (as the casino’s regulars are known); no gratuities accepted; and above all, no gambling. This last won’t be a problem, Jack assures his boss. "I don’t gamble," he repeats time and again, apparently trying to convince himself as much as others.

Naturally, once The Rules are established in a movie like this, it’s only a matter of time before they begin to break. Jack goes out drinking with a co-worker who has no qualms about gambling off-hours with punters and dealers alike. He has a one night stand with another croupier, Cloe (Kate Fenwick), much to the dismay of his live-in girlfriend Marion. And he is slowly drawn into the world of a damsel-in-distress (Alex Kingston) who proposes a robbery of the Golden Lion, with Jack as the inside man. These events trigger the dormant writer in Jack, who uses them as the raw material for a new novel, I, Croupier. The lines between Jack and his fictional alter ego Jake begin to blur.

Jack narrates his own adventures in third person voice-over, adding to the icy, distant quality of the film. His character remains an enigma, his face a guarded, flinty-eyed mask even when he’s not behind the gambling tables. Yet the movie is such a wonder of plotting, at least for the first two-thirds, that it doesn’t really matter. The script by Paul Mayersberg takes all kinds of sharp turns, and though we never know quite where we’re going, we feel we’re in good hands. Ominous tension pervades every scene, no matter how seemingly benign – a drink in a bar, a weekend getaway in the country.

This holds true at least until the casino heist in put into play, at which point Croupier turns disappointingly conventional. The anticipated reversals and revelations don’t materialize, except for one rather lame twist at the end. Hodges and Mayersberg bet everything on their final spin of the wheel, but the payoff doesn’t measure up to the well-played game.