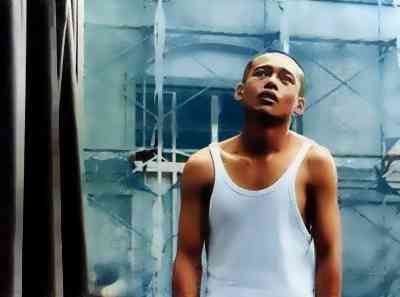 The River, a 1997 film by director Tsai Ming-liang, is only now getting belated distribution in the United States and for that serious film lovers may be grateful. Tsai’s most recent film, What Time Is It Over There?, was screened at this year’s New York Film Festival, and, indeed, is making the rounds of the festival circuit, but it does not appear to have found a U.S. distributor as yet. It’s a sad, if understandable, situation that fine, thoughtful art films have such difficulty reaching their public.

The River is not for multiplex audiences. Stylized and essentially nonverbal, it requires patience and an openness to a highly individualistic mode of expression. Such patience is amply rewarded with a deeply affecting film experience that will linger in the memory long after the commercial drivel has faded into the oblivion of the ordinary.

As Francois Truffaut followed the life of Antoine Doinel (Jean-Pierre Leaud) through a series of films (The 400 Blows, Stolen Kisses, Bed and Board and others), Tsai, an admirer of Truffaut, is following the journey of Xiao-kang (Lee Kang-Sheng, who appears in all seven of Tsai’s feature films to date). In The River, Xiao-kang is spontaneously recruited by a film director to play a scene of a corpse floating down a river. The river is polluted and makes Xiao-kang ill, giving him a debilitating pain in the neck.

The polluted river, of course, is a metaphor. Literally, it’s the contaminated environment giving back in kind, but it takes on a broader resonance when the ailment itself turns out to be mysterious and indefinable. Neither a medium, nor an acupuncturist, nor a spiritualist, nor modern medicine seems able to find a cause or a cure. This river is the flow of unhealthy life.

It’s interesting that Tsai doesn’t bring psychiatry into play as well, since the malady seems a manifestation of the profound anomie from which Xiao-kang suffers. Drifting, unconnected, noncommunicative, he resists interpersonal connections. Living with his retired father and working mother, the three pass through their apartment like ships in the night, barely acknowledging one another, eating their fast-food takeout meals in silence. The father (Miao Tien) patronizes gay bathhouses, the mother (Lu Hsaio-ling), an elevator operator, is having an affair with a pornographer. But her affair is clearly unsatisfying and the doors to the rooms in the bathhouse open and close with the father equally unfulfilled.

They’re not so much a dysfunctional family as a group of three individuals who happen to be related, their only connection the accident of blood relation and some long forgotten liaison that resulted in a marriage. They each seek to fill the emptiness of their lives with sexual contact, which, even when attained, does nothing to remedy their extreme existential isolation.

Tsai uses long takes, often with a completely still camera, in which very little happens. The accretion of small incidents subtly builds to the perception of a silent scream of angst. It is a bleak and despairing view of the human condition, expressed paradoxically in both direct and oblique ways.

In particular, the central symbol of the river is just one of the water images that Tsai uses throughout. The ceiling of the father’s bedroom has an ominous and growing leak which ultimately floods the apartment; there’s never anyone at home in the apartment above from where the leak originates. There are rain showers and bathing showers and baths at the sauna. The mother brings water to her ill son. There’s an aquarium in their apartment. Notice is taken even of watermelons.

And mirrors–Mother removing her makeup, Xiao-kang having sex, Xiao-kang dressing, numerous scenes seen through their reflection in a mirror. Vanity, perhaps, but also a reality one step removed. Opening with images of empty up and down escalators, the film also has images of the mother’s (mirrored) elevator going up and down, of long institutional-looking hospital halls, echoed again in the darkened hallways of the sauna.

There’s an ordinariness in all this detail, but it is presented with unique style and restraint which, combined with Tsai’s focused and penetrating viewpoint, add up to a painfully incisive portrait of the contemporary human condition. If, at the end, there is a faint gleam of hope, it is little comfort after what has come before.