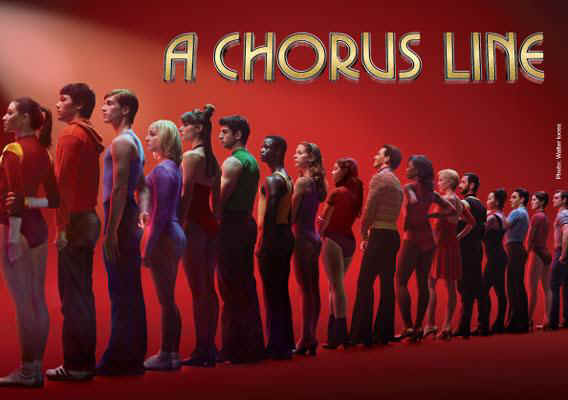 On the Line – The Story of A Chorus Line

A Chorus Line was developed in 1974-1975 from a series of workshops with gypsies — the affectionate nickname for the professional dancers who work the Broadway, off-Broadway and touring companies and are an essential element of the Great American Musicals. Under the direction of the late Michael Bennett, the personal lives of the dancers, their hopes and dreams and ambitions, not to speak of their disappointments and often hard-scrabble lives, became the backbone of an essentially plotless musical, one of the longest running in Broadway history.

Taking the form of an audition, a group of hopefuls, known at first only by number, go through the rigorous drill under the direction of Zach (Michael Berresse). But Zach wants more than the dancing; he has each dancer introduce him/herself and the bodies that were numbers start to turn into real people with names. Each gets a chance to express the motivations and the obstacles that have brought them to the current audition, from Sheilah (sassy Deidre Goodwin wins over the audience bigtime), all legs, all attitude, who found escape at the ballet, to Kristine (Chryssie Whitehead) who can’t sing, to Val (Jessica Lee Goldwyn) who caught on to the need for "tits and ass." On the men’s side, perhaps the most memorable is Paul (Jason Tam), who had a troubled family history and worked his way into the business as a drag queen.

And then there is Cassie (Charlotte d’Amboise), once a star, now in need of a job, but whose connection to Zach seems to stand in the way. d’Amboise is effective in the single longest dancing/singing solo of the show.

With richly developed characterizations, A Chorus Line is already ahead of 90% of Broadway musicals. Add a brassy, sparkling score by Marvin Hamlisch and put the talented group of dancers/actors/singers to work in Bennett’s lively choreography (restaged here by director and co-choreographer, Bob Avian, and the ingredients come together for an intelligent, well-conceived entertainment. If the revelations of the dancers seem less shocking than they might have thirty years ago, the humanity of the piece holds up and it doesn’t feel dated at all.

The production follows the original closely, with revolving panels of mirrors amplifying the visuals. Both the sound system and lighting need further polishing as the show heads for New York, where it will continue to give a new generation a glimpse into the lives of the gypsies, undoubtedly for another long run.