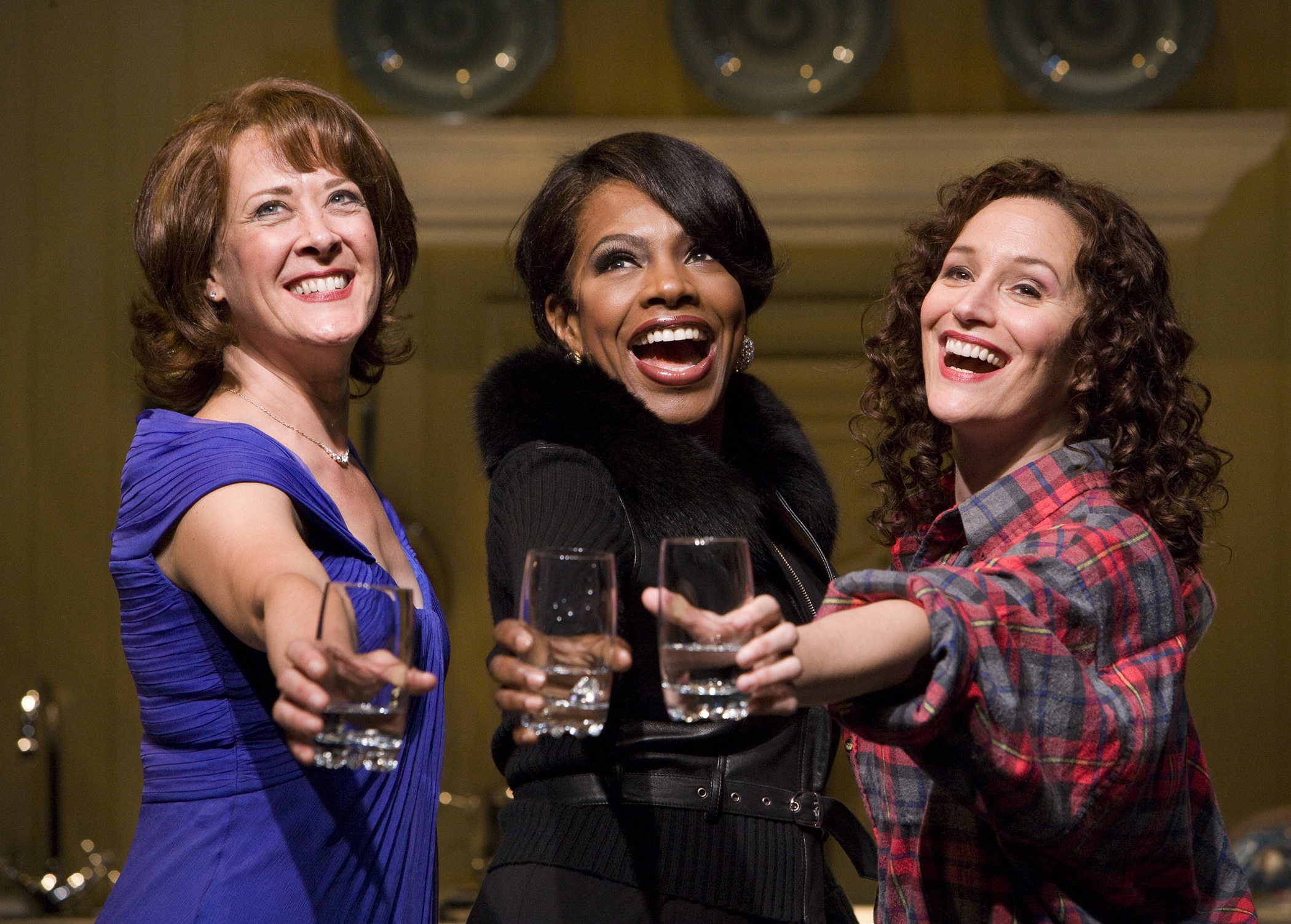 Karen Ziemba as Annie, Sheryl Lee Ralph as Elyse and Barbara Walsh as Brenda in the
world premiere of The First Wives Club – A New Musical, running July 17 – Aug. 30 at
The Old Globe.  Photo by Craig Schwartz.

Bound for Broadway, The Old Globe Theater’s world premier musical The First Wives Club is a polite, formulaic comedy that is well-staged and nicely performed. Based on the book and movie of the same name, the play is set in present day New York and introduces us to four college girlfriends (Sarah Lawrence ’86) and the sudden dissolution of their marriages. Unfortunately, the women’s husbands are immersed in eerily similar mid-life crises, which they must combat with women half their age—all deftly played by Sara Chase. United by tragedy, three of the wives help each other through their marital problems and ultimately devise a plan to seek revenge on their straying husbands.

The men, for the most part, are irredeemable: self-indulgent, calculating and not particularly bright. They represent a certain species of rodent smarm. While the wives do their best to seek reconciliation, the husbands take advantage of their spouses good will (as they have throughout the marriages), enjoy their young lovers and aim for the best divorce settlements they can manage. Unlike the wives, whose good nature is nearly boundless, the husbands are simply cads. The humor revolves around the doltish husbands, the bimbos they attracted and the quick repartee of the scorned wives. You don’t often hear so many clever ways to call someone a prostitute.

The music is scored by the team of Brian Holland, Lamont Dozier and Eddie Holland, who wrote for Marvin Gaye, The Four Tops, The Supremes and others, and definitely has that Motown feel. The direction and choreography are nicely done and the sets are elegant and unobtrusive.

The highlight, without a doubt, is the cast. Barbara Walsh, Karen Ziemba and Sheryl Lee Ralph, who play the three wives, anchor the production and deliver both songs and snappy zingers with great verve and some nuance. And again, Chase as the various bimbos is a real treat.

The First Wives Club plays through August 30 at The Old Globe’s main stage. Light and airy, it will give you a smile and the occasional chuckle.