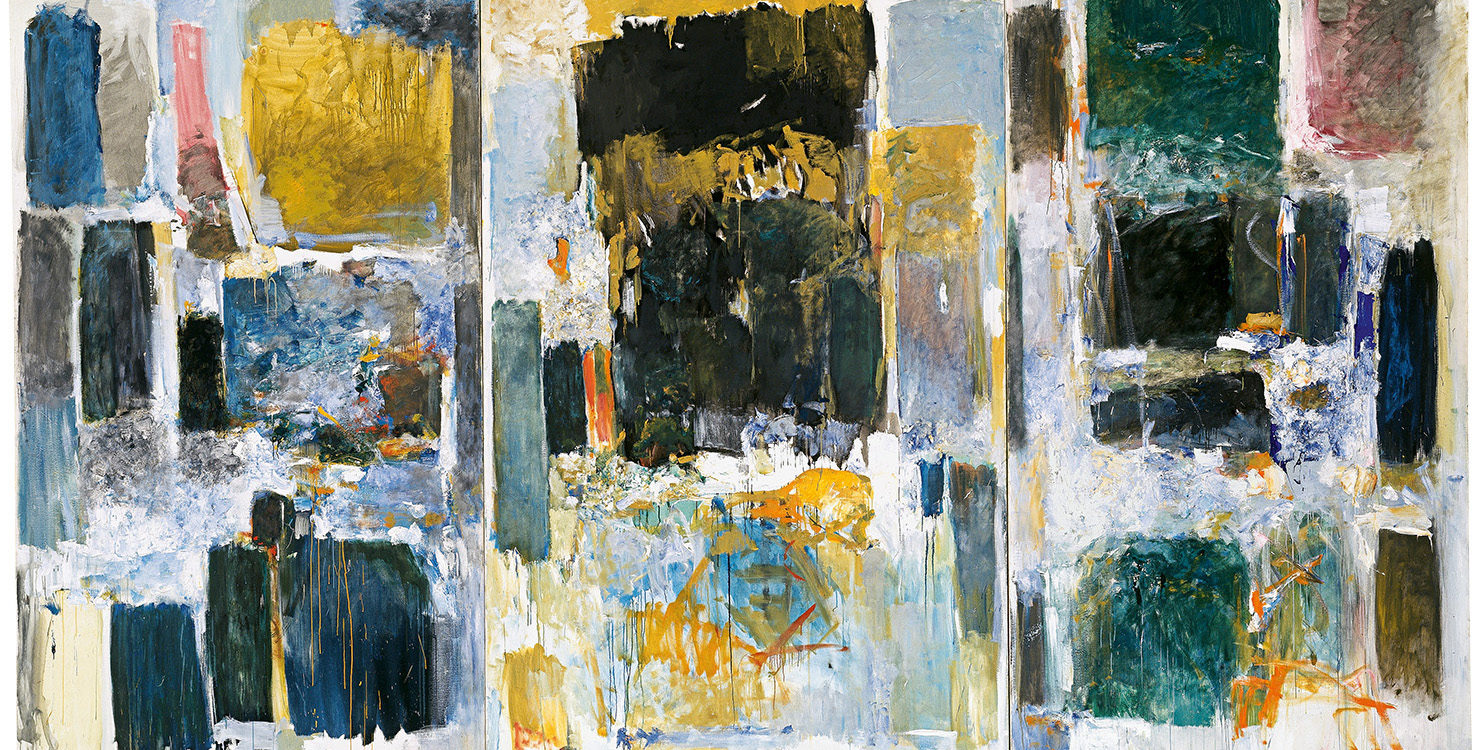 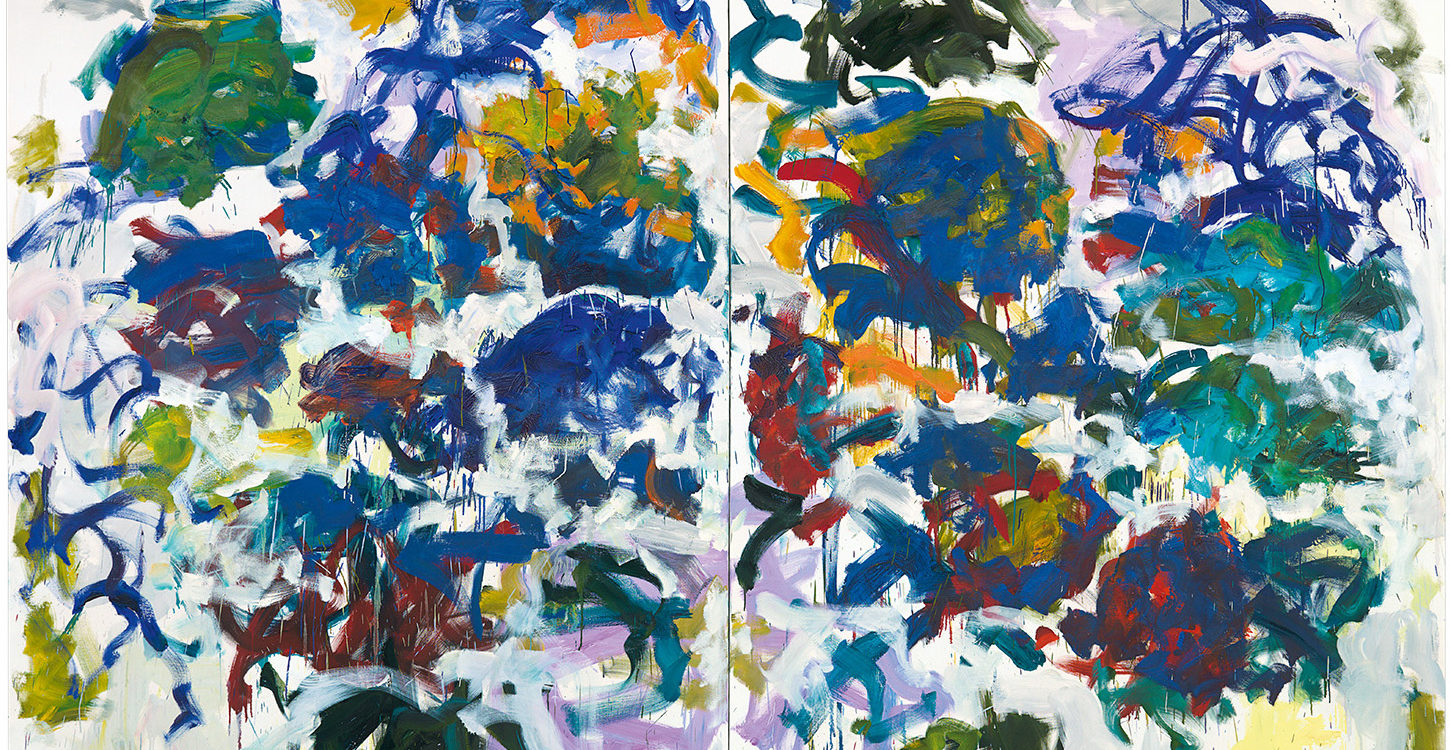 photo by brian buckley for

A good retrospective art exhibit presents an overview of an artist’s oeuvre with biographical details and commentary about the work. A great exhibit enables a new and deeper understanding and appreciation of the artist.  The retrospective of lauded abstract expressionist Joan Mitchell (1925–1992), now at the San Francisco Museum of Modern Art (SFMOMA), is a great exhibit.

Before seeing this dazzling show, I admired Joan Mitchell’s paintings, mainly for their creativity, force, imagery, scale, and use of color. But I confess that I had a scant understanding of the emotional and psychological responses that Mitchell interpreted and conveyed through her art. And now, after experiencing SFMOMA’s masterfully curated exhibition, I get it.

From age nine, Mitchell, a Chicagoan, admired Paul Cézanne, Wassily Kandinsky, Claude Monet, and Vincent van Gogh, whose works she later studied at the Art Institute of Chicago and Smith College. She spent most of the 1950s as an artist in New York City, when it was the center of the abstract expressionist modern art world. Although this “New York School” was dominated by men such as her mentors, Franz Kline and Willem de Kooning, Mitchell was one of the few female painters to gain critical praise, public approval, and art sales. In 1959, she permanently moved to France. She first lived in Paris and then settled in Vétheuil, a village outside Paris.

Mitchell lived a life with art at its center.  During the nearly 40 years that Joan Mitchell spent in France, she created large, vibrant abstract paintings that stemmed from her love of poetry and music, her appreciation of admired landscapes, and her memories of friends and family.

Only one of the more than 80 works in the SFMOMA show contains a suggestion of a figure. Completed early in her career, “Figure and the City” (1949-50) marked a turning point for the artist. She said, “I knew it was the last figure I would ever paint. I knew it. And it was.”

Mitchell’s mother, Marion Strobel Mitchell, was a poet. Several pieces at the exhibit highlight the artist’s connection between art and poetry. In 1975, Mitchell created a lush series of small pastels with printed poems by her friend, James Schuyler. The large, multi-panel painting, “Ode to Joy (A Poem by Frank O’Hara)” (1970–71), was painted in memory of the sudden death five years earlier of her writer friend, Frank O’Hara.

The lavender and pink “La Vie en Rose” (1979), inspired by the final separation of Mitchell and her long-term partner, is a mournful depiction of sadness buoyed by strength. It evokes the title song by Edith Piaf that Mitchell loved.

The artist’s responses to her early days in New York City are suggested in her abstract landscape paintings, including “Evenings on 73rd Street” (1957). Mitchell’s admiration of Vincent van Gogh and the rural countryside of her French home are implied in lively paintings such as “No Rain” (1976) and “Sunflowers” (1990–91). Mitchell envisions sunflowers in one of her last pieces, the dual-canvased “Untitled” (1992).

This enlightening exhibit was co-organized by SFMOMA and the Baltimore Museum of Art (BMA). Co-curators Sarah Roberts (SFMOMA) and Katy Siegel (BMA) spent more than two years of archival research and extensive firsthand evaluation of Mitchell’s oeuvre. The wall texts, the legends, and the audio program are all first-rate.

Although this show is best seen in person to enjoy the three-dimensionality of Mitchell’s art, an illustrated and scholarly catalog by SFMOMA in association with Yale University Press is the next best thing.