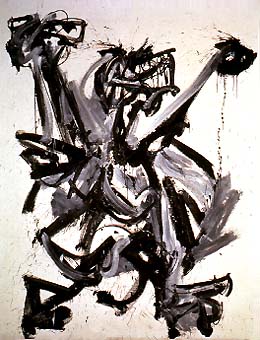 Picasso’s War: The Destruction of Guernica and the Masterpiece That Changed the World

If art heals the soul, there is a certain continuity to the building that houses the Reina Sophia, Madrid’s museum for modern art, for in its earlier incarnation the building was a hospital. Original construction dragged out through two kings and at least two architects in the mid-eighteenth century. Plans had called for a much larger building and the present facade is severely understated since it was intended to face an interior courtyard, rather than present a grand front to the public.

The hospital was closed in 1965 and the building was vacant for over a decade. Then it was converted into a gallery which began exhibitions in 1986, even while restoration of the building continued until completed in 1990; the museum formally opened in 1992. The addition to the front of two glass towers containing elevators lends a certain distinction to a building that otherwise has all the earmarks of design by committee. What may be lacking in architectural esthetics, however, does not detract from the skilled recycling of this huge space as a museum. With its own pleasant, leafy courtyard (displaying a less than first-rate Calder in the center), long vaulted hallways, and extremely high ceilings, the spaciousness of the exhibition areas allows works to be displayed with a lot of breathing space, a unique pleasure.

The permanent collection of the Reina Sophia brings together modern works from a diverse variety of sources–the former state museum for contemporary art, the twentieth century collections of the Prado, bequests from such artists as Miro and Picasso, and its own ongoing acquisition program. While art from many nationalities is included, the focus is on the history and development of Spanish contemporary art.

With all the riches of the Reina Sophia collections, it is the iconic Picasso mural, "Guernica," that is likely to remain most indelibly engraved in public memory. Painted for the 1937 World Fair, it is a canvas that vents moral and political fury at the senseless brutality of war, stated in a vocabulary of imagery unmistakably unique to Picasso and expressed through energetic line and baroquely complex composition, all executed in a restrained palette of grey, black, and white. The mural was a favorite at New York’s Museum of Modern Art for many years, until its return to Spain after the death of Franco. While its historical roots are in the Spanish Civil War, as with most great art, "Guernica" transcends nationality and reverberates with universal meaning and profound emotion.

The rediscovery of familiar masterpieces is always a joy; finding wonderful works that are less familiar is an equal pleasure afforded by an extensive collection such as this one. Directly at your back as you look at "Guernica" is an important Picasso bronze, "Woman in a Garden," strongly composed by the verticals of the woman and flowers and a leaf. Abstracted but recognizable imagery, balanced volumes, and lively in line, it, too, is instantly recognizable as a Picasso work.

The museum attracts large numbers of student groups. On a recent afternoon, their animated response to Dali’s surrealism (in particular, the 1929 canvas called "The Great Masturbator" suggested a new generation of art aficionados in the making. A lesser known Dali work from 1925, "Girl at the Window," offers quieter satisfactions, demonstrating Dali’s superb painterly skills before his move to Paris and exposure to Surrealism.

Countless other discoveries wait around each corner. A late Juan Gris, "La Cantante," is a charmer, the figure of a woman in a red dress simplified, defined with a most satisfying economy based on a simple line here, a shift in color tone there, making it all appear deceptively easy. The substantial collection of Miro works reinforces the sense of a great colorist of endless imagination. And the chance to become familiar with lesser known Spanish painters such as Antonio Saura or the Pop artist Eduardo Arroyo is yet another offering of this most important collection.

In addition to the permanent collections, special exhibitions are offered. At this writing, an exhibit tracing several of the great series that Picasso created ("The Women of Argel," after Delacroix; "Las Meninas" after Vel�zquez; the painter and his model) brings together paintings from these series that come from collections around the world. It is revelatory to see the variations on the themes side by side. Unfortunately, the exhibition will not travel to other venues.