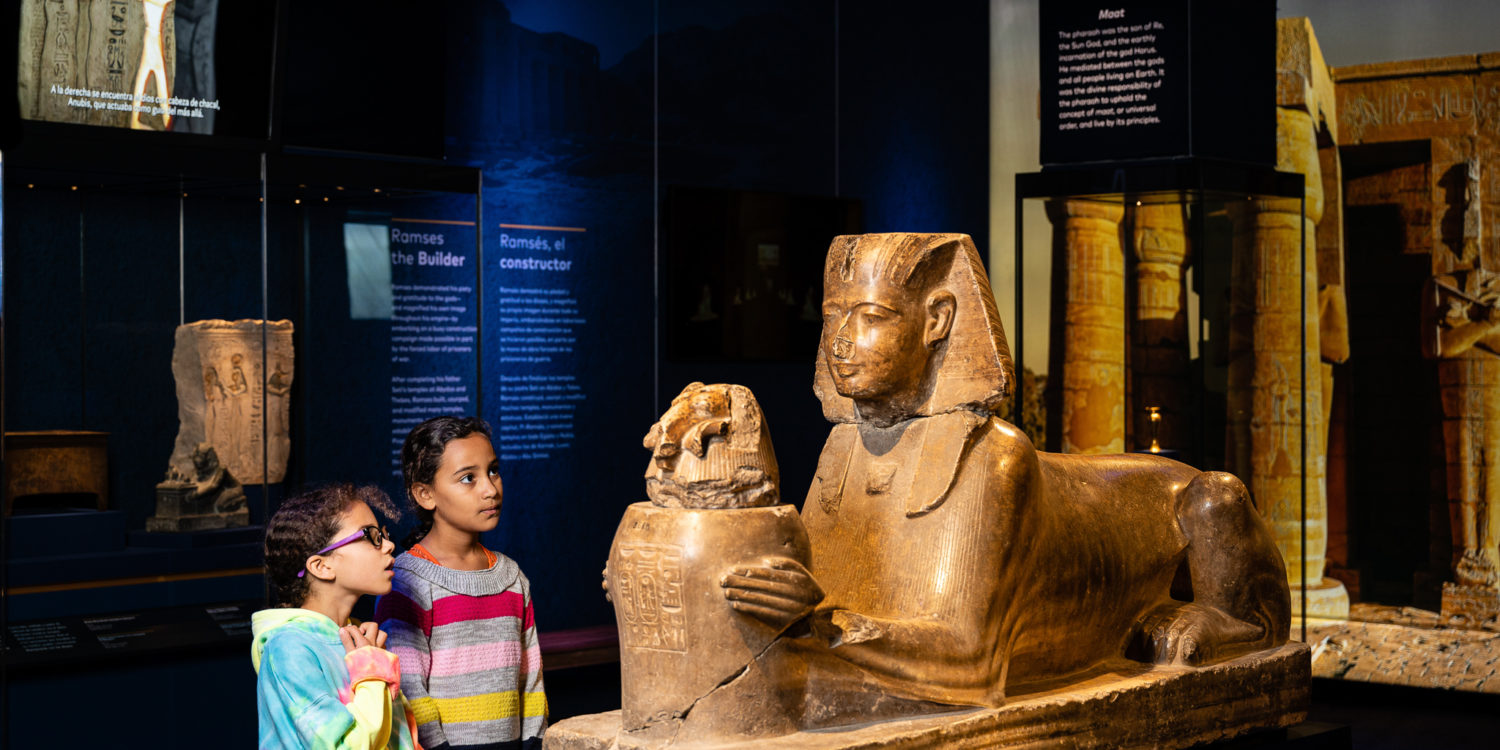 “Ramses the Great and the Gold of the Pharaohs” is an extravagant, impressive, immersive, well-designed blockbuster history and art show, complete with multimedia displays, great sound and lighting, and even a fabulous virtual reality add-on. With 181 dazzling objects, the exhibition features well-presented, exquisite sculptures and treasures designed to demonstrate the luxury and power of the ancient Egyptian civilization. In partnership with the Supreme Council of Antiquities of the Arab Republic of Egypt, the presentation is produced by World Heritage Exhibitions, a subsidiary of Cityneon Holdings, a leader in immersive experiences. All the antiquities will return to Egypt at the end of its international tour.

Ramses II (1303–1213 BC) was a soldier and the crown prince who eventually became one of the longest-ruling kings of Egypt with a 67-year reign. Ramses the Great was the third pharaoh of the Nineteenth Dynasty and is regarded as the strongest and most celebrated pharaoh of the New Kingdom — Egypt’s Golden Age — when it was a wealthy and powerful empire. Ramses had the time, labor, funds, and hutzpah to construct the most ambitious building projects throughout his kingdom, second only to the pyramids (built almost 1,500 years earlier). These included the great Abu Simbel temple and his colossal statue. Like a modern-day tagger, Ramses also took over and remodeled and artistically improved existing works, propagandizing his name everywhere.

To enter the exhibit, one first watches an introductory video with essential information about Ramses. Then a doorway opens, and a 7.5-foot-tall, red granite statue of the pharaoh’s head comes into view, backed by panoramic night shots of the Nile River. The 12-room exhibition then details various aspects of Ramses’ life, his roles as a builder, religious leader, and warrior. Objects are placed alongside interactive elements, including video timelines and scale models. All signage is in English and Spanish.

“Ramses and the Pharaohs’ Gold” spotlights objects of gold since the ancient Egyptian royals believed one would become immortal by owning the precious metal. Ramses II’s tomb in the Valley of the Kings was plundered in ancient times, so instead, gold objects from other royal tombs from the Middle Kingdom are displayed. The gold items are intricate and gorgeous, many in perfect condition.

There is also an elaborate multi-dimensional media experience of the famous 1274 BC Battle of Kadesh between Egyptian warriors led by Ramses and the Hittite Kingdom (who controlled the greater Syria region, most of Turkey, and northwestern Iraq). The battle is famous for being the largest chariot battle ever fought, with between 5,000 and 6,000 chariots participating. It is also the earliest battle in which detailed records of tactics and formations exist. Ramses declared himself the victor, and the exhibit mirrors that view; although 3,000 years later, historians still argue whether either side was actually victorious.

Outside the main exhibition, for an additional cost of $18, there is a 10-minute fabulously fun virtual reality tour of Abu Simbel and the Tomb of Nefertari, led by the spirit of the pharaoh’s beloved queen. Somewhere between a theme park ride and an educational tool, the VR spectacle gives one a clear, colorful, and detailed look inside the antiquities. Don’t miss it.

The de Young has a newly endowed position of Curator of Ancient Art, and “Ramses the Great and the Gold of the Pharaohs” is a good fit, not to mention a desirable source of visitors after the pandemic, although the subsequent stops of the show are in exhibition halls rather than traditional museums. Don’t bother asking yourself if the exhibition is “art” or should be in a museum. That’s really beside the point. The idea is to learn about Ancient Egypt and have fun oohing and aahing over the best things to come out of Egypt since the King Tut exhibition.