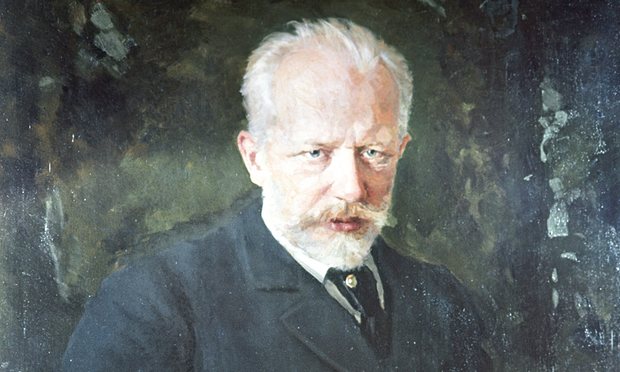 A detail from a reproduction of Tchaikovsky's Portrait 1893 by Kuznetsov from the collection of the Tretyakov State Gallery in Moscow.

If you visit London’s National Portrait Gallery, you’re likely to bump into some eminent Russian poets, artists, musicians, writers and patrons in addition to the Gallery’s large collection of British portraits.

“Russia and the Arts: The Age of Tolstoy and Tchaikovsky” may only be a two-room show of some 26 celebrated portraits of key figures from the golden age of arts in Russia (1867-1914), but it is a hugely significant exhibition for the gallery. This year is the National Portrait Gallery’s 160th anniversary. It is also the 160th anniversary of the foundation of the State Tretyakov Gallery in Moscow, and to celebrate the two galleries have paired up in an unprecedented cultural exchange. The London exhibition coincides with “Elizabeth to Victoria: British Portraits from the Collection of the National Portrait Gallery” at the Tretyakov, and both exhibitions offer a special glimpse into the respective collections of these important national galleries.

Of the 26 portraits on display in London, 22 of them have never previously been seen in the United Kingdom. These paintings are by some of the greatest Russian artists of the second half of the nineteenth and early twentieth centuries, including Nikolai Ge, Ivan Kramskoy, Vasily Perov, Ilya Repin, Valentin Serov and Mikhail Vrubel. Most of the portraits were bought or commissioned directly from the artists by Pavel Tretyakov, a merchant, philanthropist and the founder of the State Tretyakov Gallery, whose own portrait by Repin greets the visitor on entering the exhibition. These works represent the pride of the Tretyakov Gallery and rarely, if ever, leave its confines. Among the loans from the National Portrait Gallery to the State Tretyakov Gallery are portraits of Charles Dickens, Isaac Newton, Elizabeth I, Charles Darwin and one of its founders, Thomas Carlyle, together with the first picture to enter its collection, the Chandos portrait of William Shakespeare.

The National Portrait Gallery exhibition is more about the subjects of the portraits than the paintings and their painters. In the first room we find a portrait of Dostoyevsky by Perov, a work of great artistic value as it was the only portrait of the writer painted from life. Dostoyevsky’s life was difficult, he was treated with suspicion by the state authorities and was even imprisoned for his involvement in an uprising. It depicts the author in a quiet, reflective pose, though a certain tension is suggested by the jut of his shoulders. Tolstoy, by contrast, another towering figure of Russian letters, had his portrait painted many times, and by the time the portrait on display here was produced, he had published “Anna Karenina” and “War and Peace”, and was successful, highly regarded in Russian literary circles and society in general, and wealthy. Yet he sought a simpler life and he is shown at his desk wearing the smock of the peasant and working classes with whom he began to identify in his later years.

In the second room we find the composer Modest Mussorgsky, wild-eyed with drink, flanked by Pyotr Ilyich Tchaikovsky. On the other wall is fellow composer Rimsky-Korsakov. All three composers were taking Russian music to new heights, while Russian art of the period was exploring realism and later impressionism and symbolism in painting, creative responses to the social and political turmoil which gripped Russia in the early part of the twentieth century.

Other highlights of this small but significant exhibition include Valentin Serov’s dramatic portrait of the actress Maria Ermolova, painted over the course of 32 sittings, and Ilya Repin’s painting of literary salon host, Baroness Ikskul von Hildenbrandt, resplendently proud in a red jacket and veiled hat.

Taken as a whole, the exhibition is a celebration of the flourishing artistic and cultural scene in Russia in the second half of the nineteenth century and early twentieth century. These portraits of writers, composers, musicians and actors, together with their more flamboyant patrons, are brought together for the most ambitious exhibition of Russian portraiture ever to take place in a British museum, and constitute Russia’s first and most significant national portrait collection.