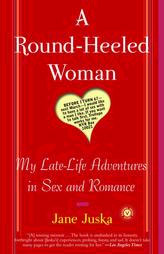 Jane Juska&#146;s first book is a memoir that takes as its starting point what happened when she placed an ad in The New York Review of Books seeking to "have a lot of sex with a man I like." Unusual were both the direct approach and the fact that she was 66. But her life experience with relationships and sexuality was unusual in itself. She had a sexually repressed childhood with good-looking, talented parents in Ohio. Hardly admitting to herself her sex drive in her 20&#146;s, it was certainly there nonetheless. She was a single mother and dedicated teacher in her 30&#146;s and onwards, kicking off decades where she was completely off the scene, neither involved in any kind of relationship nor dating nor even flirting–simply getting by. These thirty years can be explained by massive self-image issues linked with weight and sometimes drinking problems. She came to understand them better through the psychoanalysis she embarked on after retiring from the public schools.

Surprised at her own courage in placing the ad, Juska was even more so at the 66 responses she received in successive thick manila envelopes of letters. She sorted them into yes, no and maybe piles, and began answering them. She chose her men according to how they wrote, relying on her visceral response to good writing to discern which could become passionate experiences.

There are no doubt many different flavors of sexual repression. It may well have been the typical mother&#146;s role to warn a teenager in the 1940&#146;s, attending college in the 1950&#146;s, to watch out for men ("Men have animal passions. It is the woman&#146;s duty to subdue them."). Juska’s mother discourages any signs of romance even in grade school ("Before you know it, you&#146;ll want to wear lipstick"), mocks her because of her weight problem, all the while trying to get her to head down the straight and narrow. Juska&#146;s story is in part about finding a balance between fulfilling her mother&#146;s exigent demands and reacting against them.

Teaching high school English is her passion. She is comfortable with its emotional challenges and her chapters on the mores of the contemporary high school classroom and on teaching prisoners at San Quentin in her retirement are emotionally involving and ring true.

What could be shocking to some readers is the number of men she ended up sleeping with. That wasn&#146;t necessarily the plan, but she didn&#146;t find true romance &#150; each candidate was permanently linked with someone else, or mortally ill, or not interested in love. And so she went through a process of exploration until she found someone she felt great about–much to her family&#146;s chagrin, a well-read and open-minded 33-year old working as a stockbroker in New York.

One angle of the writing can be a bit tiresome. Despite many decades in the San Francisco Bay area, she considers herself a small-town girl. She has built up a mystique around France, around European sophistication, around intellectual Jews, around the sights of New York. Her breathlessness when she gets in proximity to one of these triggers may be buoyant, but it&#146;s trying. In addition, her language often tries to capture spoken prose, but the tone sometimes falters: "My parents were good bridge players. This must have been hell on them, for I never learned how to play bridge, though my brother got quite good; actually, I did learn how to play bridge &#150; badly."