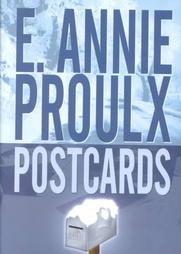 “In a democratic society, where every individual opinion counts, [literature’s] incomparable ability to instruct, to make alternatives intellectually and emotionally clear, to spotlight falsehood, insincerity, and foolishness – [literature’s] incomparable ability, that is, to make us understand – ought to be a force bringing people together, breaking down the barriers of prejudice and ignorance, and holding up ideals worth pursuing. Literature in America does fulfill these obligations.”

The novelist John Gardner wrote these words in his essay collection “On Moral Fiction,” and they are absolutely correct.

Novels offer genuine hope for learning how to handle our daily personal problems – and those political issues of our communities and our country – in a moral and human way. They can help us to understand the relationship between our inner lives and the outer world, and the balance between thinking, feeling and acting.

They can give us awareness of place, time, and condition – about ourselves and about others. They can give us insights into the hopes and fears of Americans as well as the crucial problems, issues and policy decisions facing the Obama administration.

As Nobel Prize winner William Faulkner said, the best literature is far more true than any journalism. Throughout history, the imaginations of young people have been fired by characters that function as role models. Yet when we look back upon the past 30 years, we find instead mass media-driven role models who are less than healthy.

We find troubling and false symbols of success, fantasy or celebrity.

All the while, we are surrounded by a technology of speed and efficiency that neither questions its means nor knows its ends. Mass-marketing and advertising techniques have created an entirely new moral climate in America.

The superficiality, the alienation, the escapism and the hollowness are a result of a steady bombardment of confusing and deadening messages designed to reduce us to passive consumers.

We have paid a heavy price: a sharp decline in both civic participation and meaningful public discourse. We became serious about unserious issues and unserious about serious ones.

The sad truth is that for the past three decades, the acquisition of more and more material goods has become our highest form of endeavor. Terminal consumerism has become a way of life. As novelist John Nichols puts it, “Thirty-six flavors doth not a democracy make.”

As we have come to worship the idols of power, money and success, we have neglected the core political principles of justice, equality, civic engagement, community and democracy.

The decline in our political culture has occurred in direct proportion to the increase in TV-driven soft news, celebrity scandal-mongering and superficial political coverage. Every day the electronic media – in particular cable TV – feverishly compete to hype news into entertainment.

And when they get a Paris Hilton, Michael Jackson, Elliot Spitzer or Larry Craig – especially if it has a sex angle – they stage extravaganzas that would make Barnum and Bailey blush.

With the attention span of viewers decreasing with each generation, and with the networks and cables competing for a large audience, what counts is who can make the fastest and the most enjoyable images. Faster images may tickle the pleasure centers of viewers and achieve higher ratings and more money for media owners, but they make America dumb.

Hype has impoverished our political debate. It has undermined the very idea that political discourse can be educational and edifying – or that national public policy can grow out of reflective discussion and shared political values. We have sought simplistic answers to complex problems without even beginning to comprehend the consequences of our loss.

We desperately need a commonsense prescription for change. My practical and modest solution is a two-step remedy for reviving our ailing civic culture. The steps are:

— Pull the plug on television news, and stick with serious print media.

These two steps may seem tangential, but they are indispensable to the cure. A good novel serves as a conscience and a guide to action.

So I’ve provided a balanced list of 20 novels by contemporary authors that I believe will enliven the mind and nourish the soul. We depend on our fiction for metaphoric news of who we are, or who we think we ought to be. The writers of today’s political and social realism are doing no less than reminding us of our true, traditional American values – the hope, the promises and the dreams.

When we read these novels, we learn about who we are as individuals and as a nation. They inform us, as no other medium does, about the state of our national politics and character – of the difference between what we say we are and how we actually behave. They offer us crucial insights into the moral, social, economic and emotional conflicts that are taking place in communities across America.

We need such exploration today more than ever.

— Dorothy Allison, “Bastard Out of Carolina” (Dutton). An unsparing, passionate and gritty work about a young girl growing up in poverty.

— Russell Banks, “Continental Drift” (Ballantine). An absorbing story about a frost-belt family that moves to Florida to find the good life – and what it really finds.

— Charles Baxter, “Shadow Play” (Norton). The city manager of a depressed town in Michigan sees a tragedy unfold when the chemical plant he lured to town turns out to be an environmental disaster.

— Saul Bellow, “Herzog” (Penguin). Keen insights into what it takes to maintain one’s individuality and civility while corporations dominate our culture and politics.

— E.L. Doctorow, “The Book of Daniel” (Plume). The most important political novel about the Cold War, McCarthyism, the arms race and the undermining of civil liberties.

— Ernest Hebert, “The Dogs of March” (New England Press). Brilliant and funny. Captures what it was like to be unemployed thanks to Reaganomics. Set in New England, it’s the American dream gone belly-up.

— William Kennedy, “Ironweed” (Penguin). A Pulitzer Prize winner’s shrewd study of the diceyness of fate. This modern “Dante’s Inferno” about life on Skid Row is especially poignant as homelessness and recession continue to cast a shadow across our land.

— Toni Morrison, “Beloved” (Plume). Winner of a Pulitzer Prize, this is a powerful story of the legacy of slavery. The central theme, the relationship between slave and master, illuminates the tragic complications underlying our historical experience.

— Faye Ng, “Bone” (Harper Perennial). In a clear and emotionally powerful novel, Ng takes us into the heart and inner secrets of an immigrant family in San Francisco’s Chinatown.

— John Nichols, “The Milagro Beanfield War” (Ballantine). Reveals how the economic and political “shell game” is being run on ordinary Americans and how one community in New Mexico fights back.

— Stewart O’Nan, “Last Night at the Lobster House” (Penguin). A poignant tale about the trials and tribulations of the millions of working-class and small-businesspeople who are victims of the trickle-down economic policies of Bush and the GOP.

— Philip Roth, “American Pastoral” (Vintage). An unsparing look at the political excesses of the 1960s. How youthful, romantic, out-of-control, anti-liberal activism laid the groundwork for the reactionary policies of Richard Nixon and Ronald Reagan.

— Richard Russo, “Empire Falls” (Vintage). A rich examination of the working-class heart of small-town America, and the consequences of inequitable distribution of wealth in our society.

— E. Annie Proulx, “Postcards” (Collier). Winner of the Pen/Faulkner Award. A remarkable story of the struggle to confront the loss of home and place in economic hard times.

— May Sarton, “Kinds of Love” (Norton). Three generations celebrate the American bicentennial in a small New Hampshire town. About truth, honesty, integrity – all those traditional virtues that have become unfashionable in the past 30 years.

— Jane Smiley, “Moo” (Random House). The financial, academic and political scandals of a Midwestern university are laid bare in this satire of higher education.

— Alice Walker, “Meridian” (Fawcett). A powerful novel about civil rights activism in the South of the 1960s. Warm, generous and complex, it challenges each of us to reflect on the meaning of struggle.

Professor Arthur I. Blaustein teaches community development, public policy and politics at UC Berkeley. He was appointed by President Bill Clinton to the board of the National Endowment for the Humanities, and his most recent books are “Make a Difference: America’s Guide to Community Service” and “The American Promise: Justice and Opportunity.”