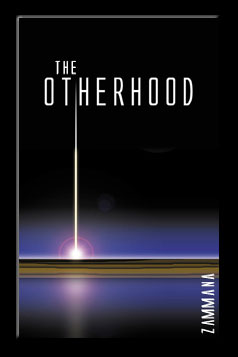 Science fiction may have a narrow appeal, and is not always respected by advocators of &#147;serious&#148; literature. Strangely enough, however, it is still fair to say that science fiction and horror can be considered to be the two genres best equipped to tap into the most fundamental fears and concerns about the human condition in popular fiction. Science fiction regularly raises questions about the nature of our existence, the parameters of our world, and the extremes of good and evil we can reach in the search for survival and salvation. The Otherhood sets itself these lofty aims, and acquits itself reasonably well.

The novel has a fairly recognizable sci-fi/thriller plot. Victor Jones wakes up to find himself transported to the year 2084, in a body strangely familiar yet alien &#150; that of his cloned descendant Viceroy Jones. The new elite &#150; shareholders in the Trycor Corporation &#150; is leading an idyllic existence in the Terramyd &#150; a perfectly controlled, virtual environment. Utopia is so sterile that it seems that sensual needs have been overridden &#150; the people are beautiful in their gray clothes, and the unidentifiable food and drink are infinitely satisfying. But every paradise has its flip side, and the protected inmates of the Terramyd get their kicks by betting on vicious human bloodsports. The virtual Terramyd itself is countered by its converse &#150; the very real, organic root, which has properties for growth that its original creators do not know how to control. Beyond the Terramyd itself are the wastes of North America. Desert stretches towards the new Los Angeles &#150; a vicious dictatorship struggling to exercise control of its hostile surroundings.

In the meantime, Viceroy wakes up in the body of his ancestor, Victor, in an LA ravaged by civil war, and becomes involved in an attempt to sabotage the work of the Terramyd&#146;s creator &#150; Victor&#146;s brother, Robert Jones.

Certainly, there&#146;s a lot here that&#146;s familiar. The cloned sterile existence countered by the savage wasteland is reminiscent of Brave New World &#150; the myd&#146;s thought control of its inhabitants in 2084 like 1984 100 years on. The barricaded, primitive, futuristic hell that is LA and the long journey through the desert to reach it brings the Mad Max films to mind. The novel taps into fears that have always been the mainstay of science fiction &#150; fear of an apocalyptic future; environmental destruction; crazy genius dictators straight from James Bond; the breakdown of civilized society; and, in this case, the postmodern fear of capitalist societies of world domination by a huge business corporation. In fact, one of The Otherhood&#146;s more amusing images is related to this last concern &#150; the Voter beds &#150; rows and rows of people, who have used up all their assets, but who have their basic life functions preserved, in order to preserve their voting capacity as shareholders.

These generic cliches do not mean that the novel is purely derivative, or that it cannot function as a narrative in itself. Popular genre fiction always works with what is familiar and expected. The Otherhood does a good job of preserving reader interest in how its characters face the challenges of their surroundings.

The plot is busy and actionful, and the narrative must control this action along several parallel strands, without becoming chaotic. There is a lot of flashing back and forth, both in terms of time periods and locations, particularly as the two main narratives reach their respective climaxes. This crosscutting lends the book a filmic quality, and keeps the story exciting on a &#147;what&#146;s going to happen next&#148; level. This filmic feel is also carried through to the descriptive writing &#150; making the environments of the novel very vivid. By the end, when all the secrets are finally revealed, the plot has become exceedingly complicated, but the pacing throughout keeps it comprehensible.

Groundbreaking it may not be, but The Otherhood is still an effective thriller, which raises common fears and concerns about our future, without turning them into tired cliches.