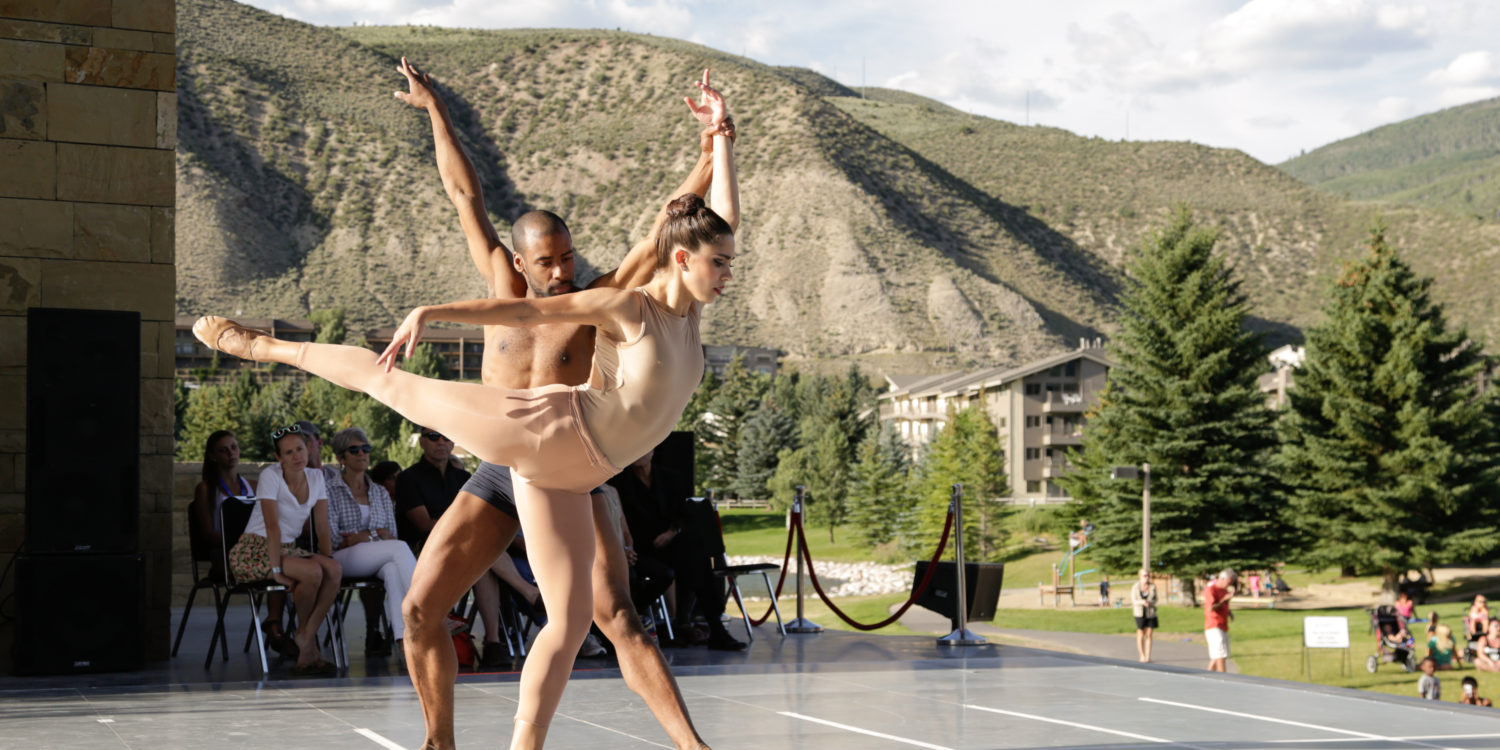 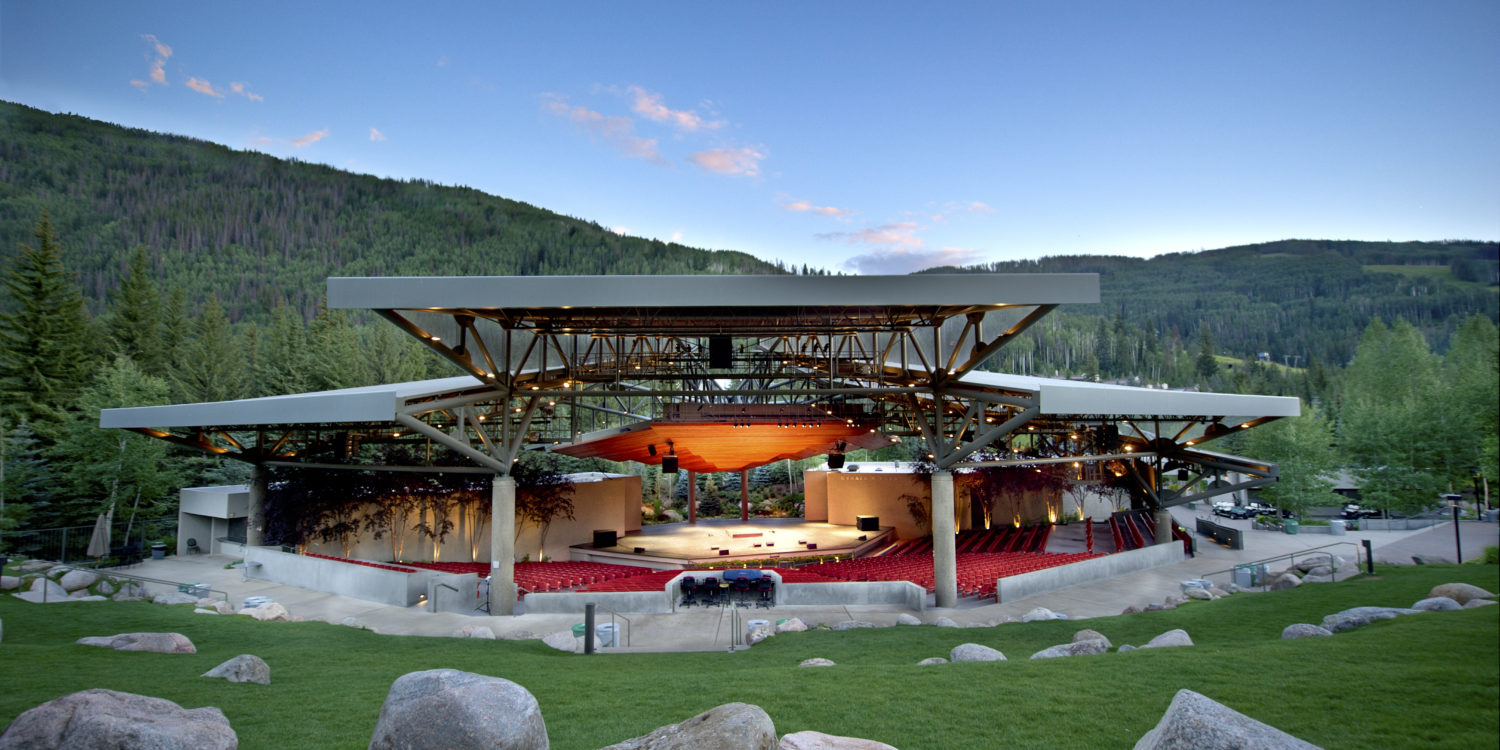 Near the end of Jerome Robbins’ 1969 piece, “Dances at a Gathering,” the six dancers begin to merely walk, after an hour of exuberant dancing.  As the final strains of wistful Chopin piano  music play, they meander and look around, as if to savor the  last remnants of energy they have filled the space with.  A male dancer pauses, center stage, kneels,  and puts his hand on the floor. “This is home,” he seems to be showing us.

The 100% live, in-personal 2021 Festival, July 30-August 9, will be a reunion for veteran attendees like Calvin Royale III, from American Ballet Theater, this year’s Artist-in-Residence. The Festival has always been a chance for top dancers from top companies to hang out with each other and create new dance. What happens in Vail is often a collaboration that begins inside, in rehearsal studios a thousand miles away, in New York. In Colorado, at the Gerald R. Ford Amphitheater, something special happens on the outdoor stage, surrounded by flowers and the sound of a river, with families on blankets watching from a grassy hillside under the stars.

In addition to the performances on the mainstage, the Vail Festival includes what they call “Fringe” events, including free performances, master classes and children’s events.

For tickets (which go on sale at 11am on June 1) use the link tickets@vvf.org. Information about unticketed events, about the different venues, lodging, and the festival itself, are at vaildance.org.