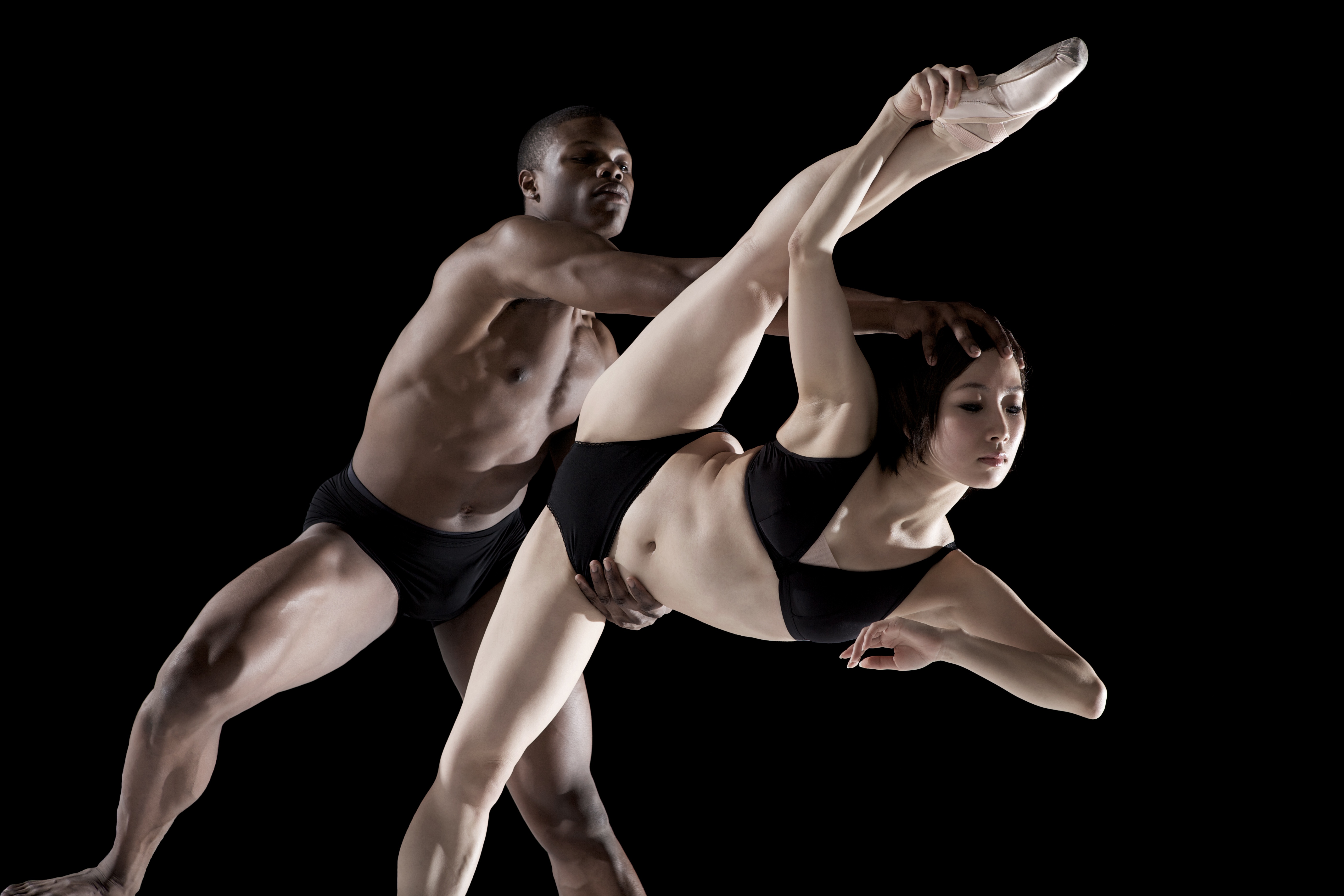 Karole Armitage is a minimalist.  At least when it comes to costumes.

Armitage’s choice of costume, or lack thereof, proved to both enhance and distract from the work, depending on viewer perspective; comments overheard in the lobby post-performance ranged from a dance academic’s “I love seeing bare skin onstage,” to an older patron’s “I couldn’t stop staring at the dancers’ bony ribs.”  Whatever the audience perception, the minimal costuming enhanced long limb lines and emphasized the glistening sweat on the dancers’ bodies. The near-nudity also created a vulnerability that kept dancers honest in their performances by threatening to expose even the slightest misstep.

Though Theories was billed as being physics-inspired, the costuming introduced biology as well – a deliberate eroticism was recognizable in the facial expressions atop certain duets and in sections of choreography that vaguely approximated nightclub grinding.  The dancers navigated these moments in a way that spoke more to genuine human emotion and natural behavior than it did to lewdness.

The sense of a natural behavior of bodies in space permeated Armitage’s choreography in each of the Theories’ four sections (Prelude, Three Theories, Quantum and String).  In both their physical orientation to one another and in their often unpredictable choreography, dancers embodied and fulfilled a fiery sense of potential energy.

Armitage utilized the ample stage space Krannert Center for the Performing Arts to create a 360º cloud-like atmosphere onstage in which her dance could exist and thrive.  Dancers filled the stage facing different directions in a rare moment of unison, allowing the audience to view the choreography from all angles and allowing the dancers to explore all extremes of their personal kinespheres.  Armitage also used the theatre’s lighting capabilities to fragment and direct audience focus throughout the evening; harsh round lights across the back of the stage glared out into the audience in the early moments of the piece, while harsh color washes and blackouts were added later.

The harshness and frequency of the lighting cues and the virtuosic dancing of the piece in its entirety beg the question “Is Armitage truly a minimalist? Or does she just want to save money on laundry expenses?”  Whatever the case may be, you can bet that when it comes to the quality of dancing, minimal is not an option for Armitage GONE!