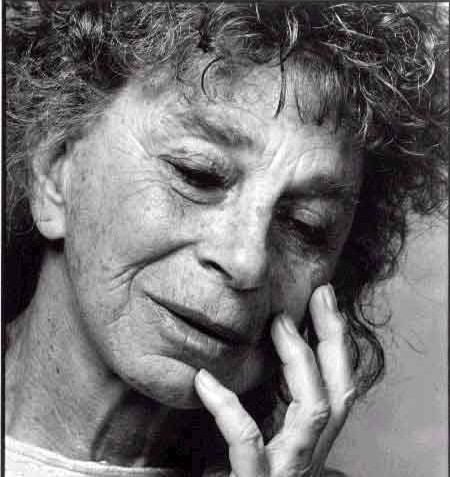 The complex relationship the French have with America was evident on the stage of Paris during the beginning of the 2004-2005 season, where dance was a medium for political statements, but also an opportunity for French audiences to celebrate American choreographers on some of their most prominent stages.

N, a premiere by Ballet Preljocaj at Theatre National de Chaillot (with a stunning view of the Eiffel Tower from its lobby) was a relentless, one-sided spin on the images of humiliation and abuse provided to the world from Abu Graid prison in Iraq. Taken to the level of animal origin, but never abstraction, the 90-minute piece was a strongly danced exercise in anti-Americanism. On the artistic level, Preljocaj, whose recent Rite of Spring showed a predilection for the primal and dark side of human instinct, continued in the same vein here. Video projections employed computer-animated imagery that suggested life as some sort of carnal war game, which, admittedly, it may be to some of the rock & roll obliterated, terrified young American soldiers, whose abuses at the Iraqi prison have still not been sufficiently explained by American leaders. Preljocaj omits any reference to Islam, suicide bombings or terrorism. This is not, in any case,journalistic report; it is &#147;art,&#148; and the French audiences seemed mesmerized, on the one hand by the powerful performances of the dancers, on the other hand,by the unadulterated message.

At the Paris Opera Ballet, on the other hand, the upper and tourist classes were avoiding politics altogether, and the bourgeoisie, surrounded as they were by the gilded surrounds of the Palais Garnier, and a fortune’s worth of state-employed dancers, were offered little in the way of artistic risk. The theme of the opening program of the season was rehearsal, or behind-the-scenes, or perhaps just stripped-down classicism, with works by Harold Lander, Jerome Bel and Jerome Robbins. In a custom not followed by American dance companies, the program listed how many times the pieces had been performed before: 255, 2 and 37, respectively.

Etudes, the curtain opener, was a jokey exercise for full company by the Danish choreographer Lander, who was the ballet master director of the renowned school of the Paris Opera Ballet from 1955-1963. Accordingly, Etudes is a ballet class taken to the extreme, where barre exercises are turned into a Busby Berkeley-esque pageant by a huge cast in full tu-tu. Sequencesof classroom steps that aimed for purity seemed mostly comical, especially since the orchestrated Czerny, all 3-5 minute snippets designed for various warm-ups, created a choppy, disconnected feel. Surely rehearsal clothing would have suggested more about the essence of technique, the daily routine on display here, the idea of taking class. Occasional moments were impressive, as the precise beats (the cast members jump better than they turn) were choreographed into tap dance style displays of quickness and dexterity. Perhaps the loveliest moments were the slowest, as in the coupled adagios in a section where a line of ballerinas made slow downstage chaine turns. When the tiara-burdened prima emerged, at the end of the line, the music sped-up, of course, offering her a chance to show-off, but killing the image.

Veronique Doisneau was the name of the soloist and featured artist as well as the title of this auto-biographical piece, a premiere by Jerome Bel. In a strange, audience-defying change of pace, the dancer, a beautiful, soft-spoken &#147;Sujets&#148; (the third echelon in the company&#146;s ranking system) came on in sweat pants, carrying a tu-tu and bottle of water, and wearing a wireless microphone. She came to dance, but, mostly, to talk, about dance, and her life as a dancer. Although the monologue was lost on audience members without fluency in French, the essence of modesty and sweetness of both the dancer, and the tone of the piece, shone through. Doisneau demonstrated excerpts from favorite roles, singing the music, demonstrating the physical demands (or side effect of smoking cigarettes) by finishing so out-of-breath after a few minutes that she was unable to speak.

The most striking minutes were also the most humorous, as Doisneau demonstrated her corps part in Swan Lake, which involved a few ethereal poses and some walking in circles, during a 5-minute-long excerpt of some of the most exciting and famous strains of Tchaikovsky&#146;s score. In isolation, the dance for corps seemed both upsettingly static and simultaneously more striking because of the stillness. This appreciation for corps dancing also added to the overall tone of respect inherent here.There was no attitude of blame, no cynical jokes or edgy point-of-view, just a look at one person who dances. It was surprising to have such a display of modesty on stage in such a setting, but that was undoubtedly the intention. Bel could, no doubt, have selected another soloist who would have been much more theatrical and funny, but he didn&#146;t. Doisneau was simplicity, to the point of boredom.

The American piece on display was Jerome Robbins&#146; 1983 Glass Pieces to the pulsing, repetitious postmodern sounds of Phillip Glass music from the same period. Here, without any overt political implications, the work represented dancers as purely expressers of music, a community, nearly faceless parts of space, swimming in a sea of seamless, continuous notes. While Etudes offered the idea of a group at work, in class, Robbins took the numbers of dancers into an almost biological representation of mass design. Not an expressive or particularly technical dance, the piece looks, on many American companies, like a chance to give the corps something to have fun with. Here it was something for the corps to get through. Still, the colors and monotonies of the music seemed to close-up the thesis presented by the producers, that this evening of ballet was designed to show aspectsof the whole.

Meanwhile, at the Pompidou Center, as part of the Festival Automne a Paris, a state-sponsored bonanza of mostly foreign artists bringing mostly new works to the French capital, the 84-year-old California dancemaker Anna Halprin presented Parades and Changes and Intensive Care. Halprin, who has toured internationally and developed a philosophy and technique that draws from psychology and healing arts as much as from modern dance, had never before presented her work in France.Traditionally huge fans of the work of Merce Cunningham, technical, chance-oriented and jarring, the producers were apparently interested to offer their audiences an opposing view–what this West Coast artist of the same generation has been up to for the last 65 years or so. Halprin&#146;s dance is almost diametrically opposed to the New York-experimental model developed by Cunningham.

Parades and Changes, a 1966 work with walking, dressing and undressing, earned her a rebellious reputation, even during a rebellious time. What emerges now, after nudity has become commonplace, is the beauty of Halprin&#146;s vision of simplicity. The piece remains satisfying, unaging. Halprin herself performed in Intensive Care: Reflections on Death and Dying (2000), which offered the choreographer&#146;s own rehearsal for an end. Halprin was transformed by a near-fatal bout of cancer in her mid-50, and went-on to lead workshops for AIDS and cancer victims in the intervening years. The result is a work that is clearly a culmination of many years of processing, many opportunities to witness death and dying, and Halprin&#146;s relationship with art as a medium for ritual and understanding. In contrast to the emotionless parade of darting phrases offered by the likes of Cunningham and dancers, this was an opportunity to relish a different sensibility, one more in tune with earth and nature, life and deep emotion. There was something entirely of California in the way these dancers simply walked, more Zen than American, more real than post-modern. In their openness to this kind of anti-imperialist expression, the Festival producers show their understanding of the complexity of America, the range of points of view and the vastness of artistic possibility.