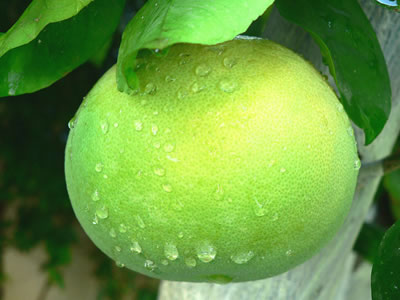 I admit it: I was apprehensive about going to Israel. First it was the Intefada that kept me away. Then I spent the better part of two days at Heathrow when all planes were grounded there because of the terrorist bomb scare last August. The Lebanon war was the final straw. “Wait and see,” said my husband. And so I waited, and when the cease fire took hold, I decided to go. Frankly, I realized that if I waited for peace and harmony in the Middle East, I would never get there.

What sparked my interest in visiting Israel was a serendipitous meeting a few years ago. While at a venture capital meeting in Spain, my husband and I met an Israeli man with a rather uncommon last name that we recognized as being the same Israeli family name mentioned in a relative’s Will some twenty-five years ago. We asked whether his family could be the same one… and it was. My husband had instantly found four generations of cousins, headed by a small but imposing 95 year old matriarch, whose birthday we celebrated on this visit.

Bird in Palm at the King David Hotel

I’m very glad I went. It was a fascinating trip. As soon as we landed in Tel Aviv, I forgot completely about my anxieties, although there were few other visitors around. I was fortunate to get off the typical tourist track and experience Israel through a glimpse of family life. I found an intelligent and warmhearted extended family whose lives, interests, tastes and concerns very much resemble our own. Their focus is first on family and relationships and then on the other considerations of normal daily life. And they take time to enjoy life. During our visit, we ate at gourmet restaurants late into the evening. We had a family backyard barbeque. We took early morning walks on sunny suburban streets. One couple in the younger generation cooked a delicious dinner for us while introducing us to their adorable new baby. We lingered at cafés along the Mediterranean Sea. Their lives are not like the skewed depiction one gets from watching cable news.

The future of Israel and its politics are obviously important and were, of course, discussed with the family at great length. The emphasis among the family is on how to find peaceful solutions to seemingly intractable and almost primordial problems. They are very concerned about their country’s current political stance and deeply regret the loss of life on all sides. In many ways, the political discussions I had in Israel were similar to those I have in the States: how do we find leaders creative and strong enough to make peace.

Though roughly the size of New Jersey, Israel has an amazingly varied landscape, with green agricultural valleys along the Sea of Galilee in the north and desert and the Dead Sea in the south. It’s a diverse country with a leading high tech industry, counterpointed by Bedouin camps and ultra-religious Jews who form a separate insular society within the country. We didn’t see all of Israel, but we did travel both north and south.

One day we drove down to the Dead Sea and Masada. The unique experience of bathing in the salty, buoyant Dead Sea was alone worth the trip. We went to the public beach at Ein Gedi; there is a simple restaurant, showers and changing rooms. Nearby are a seaside spa with a restaurant and a Kibbutz with a lush botanical garden.

Masada, an isolated flat-topped mountain of rock, was built as the desert place of King Herod in the 1st century BC and then used as the final refuge of the Jewish rebels in their ill-fated revolution against Roman rule in 66 AD. As the inspiring story goes, the night before the Romans were going to make their final attack, the rebels killed themselves, rather than live as Roman slaves. The 20 acre mountain top has remarkable ruins from that time and fabulous views of the surrounding mountains and desert.

We hired a guide one day and took a trip north through Tiberias along the Sea of Galilee and the Golan Heights, and to the city of Tzfat. Tzfat is a 3,000 foot high, charming, walled small city built by the Crusaders. It became a center for Kabbalah, or Jewish mysticism, after the expulsion of the Jews from Spain in 1492. Now it’s home to various small synagogues that date back to the 16th century, but have been rebuilt as needed as a result of a large earthquake in 1837. Tzfat is also an artist colony (of so-so art) and a summer resort area.

Sacred books too worn to use but too precious to destroy

After hearing about the Golan Heights since they were recaptured by Israel in 1967, I could, after seeing them, for the first time understand why they are so strategically and emotionally important to many Israelis. I don’t necessarily agree, but I can understand.

We spent the better part of two days walking through the Old City of Jerusalem. A walled enclave of only one square kilometer, the Old City is divided into four quarters (Christian, Armenian, Muslim and Jewish), and then into about 100 streets or alleyways. They all teem with life, especially religious life. A myriad of Christian sects consider it holy and have a presence, including Egyptian Coptics, Greek Orthodox, Armenian, Lutheran, Ethiopians and Roman Catholic, as well as Jews and Muslims. The Jewish Quarter of the Old City of Jerusalem became Jordanian territory after the 1948 War. Israelis were denied access to it until it was regained as a result of the Six-Day 1967 War. A family member who had lived in the Jewish Quarter starting in 1968 showed us around. He explained how Israel cleaned up and rebuilt many religious sites, paved the streets, and built many small apartment houses, such as the one in which he lived for ten years.

We spent several days in Tel Aviv and its surroundings. In juxtaposition to Jerusalem, Tel Aviv is a modern, bustling, secular city, with beaches along the Mediterranean Sea. Founded in the 1930’s, many old buildings are in the Bauhaus style and are on leafy, shaded streets. Day and night, the streets are crowded with young people. There are new high rise buildings going up everywhere. This is the future of Israel.

It was a wonderfully satisfying trip. We were busy every minute, and still will have a lot to do when we return, such as taking a side trip to Jordan and touring Petra. You can take a commuter flight from Tel Aviv to Eilat, take a taxi to the Jordanian border, walk across the border and take another cab to Petra.

Here are some other suggestions for visiting Israel: