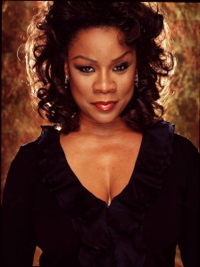 LyricFest designs concerts with scope and historical significance so well that it often results in uniquely vital programming. Earlier this year, their single performance of a deep field survey of music from Spain, Latin and South American composers brought academic and aesthetic depth to unique repertoire, not to mention making it sumptuously entertaining. The same qualities were present for “Journey Toward Freedom –– A History of the Civil Rights Movement,” through music and word, an eloquent musical narrative of the black civil rights movement in America.

The main focus framed the inspiring and tragic events of the Martin Luther King Jr. era through the violent resistance against freedom fighters of Montgomery and Selma, to the galvanizing March on Washington, to the peaks of success and the depths of despair in Dallas and Memphis.

The concert also marked the return of mezzo-soprano Denyce Graves to Philadelphia, since her performance in Opera Philadelphia‘s “Margaret Garner” and a concert at the Mann Center several years ago. Graves could have easily been spotlighted in a star turn, but it was evident that in her commitment to this music and concept, she was among one of the chorus of many. Graves opened the concert with a subdued, even nervous reading from Maya Angelou’s manifesto “I Know Why the Caged Bird Sings“ and followed with the song “O Freedom,“ the first of several spirituals she sang. Later Graves seemed more focused on Edwin Hawkins gospel classic “Oh Happy Day,“ but it was Duke Ellington’s “Come Sunday“ that framed Graves’ vocal quality best.

Graves alternated solos with soprano Lisa Daltirus, a technically accomplished and stratospheric soprano who crafted such spiritual songs as “O What a Beautiful City” and “He’s Got the whole world in his hands” impressively, knowing how to modulate her huge voice to the church’s bouncy acoustics.

The Singing City Chamber Choir and their Children‘s Choir provided resounding quality and choral esprit support throughout the performance. The Rev. Charles Rice narrated the historical texts between numbers and invoked the words of Dr. King, reflecting some of the most tragic events of the civil-rights era. He recited the beginning of King’s “I Have a Dream” speech at the Lincoln Memorial then the soaring final lines were alternated by members of the choir, representing many different ages, races and nationalities alternating the lines in a stirring group recitation.

Dave Brubeck’s 1969 composition “Lord Lord, What Will Tomorrow Bring,” a song of unity, with lead vocals by Deas and Thomas Lloyd, was a moving musical dialogue between African American sacred music and Jewish cantorial, and the combined choruses gave stirring vocal crescendos. Laura Ward, LyricFest’s pianist, was in the moment with stellar accompaniment for every singer.