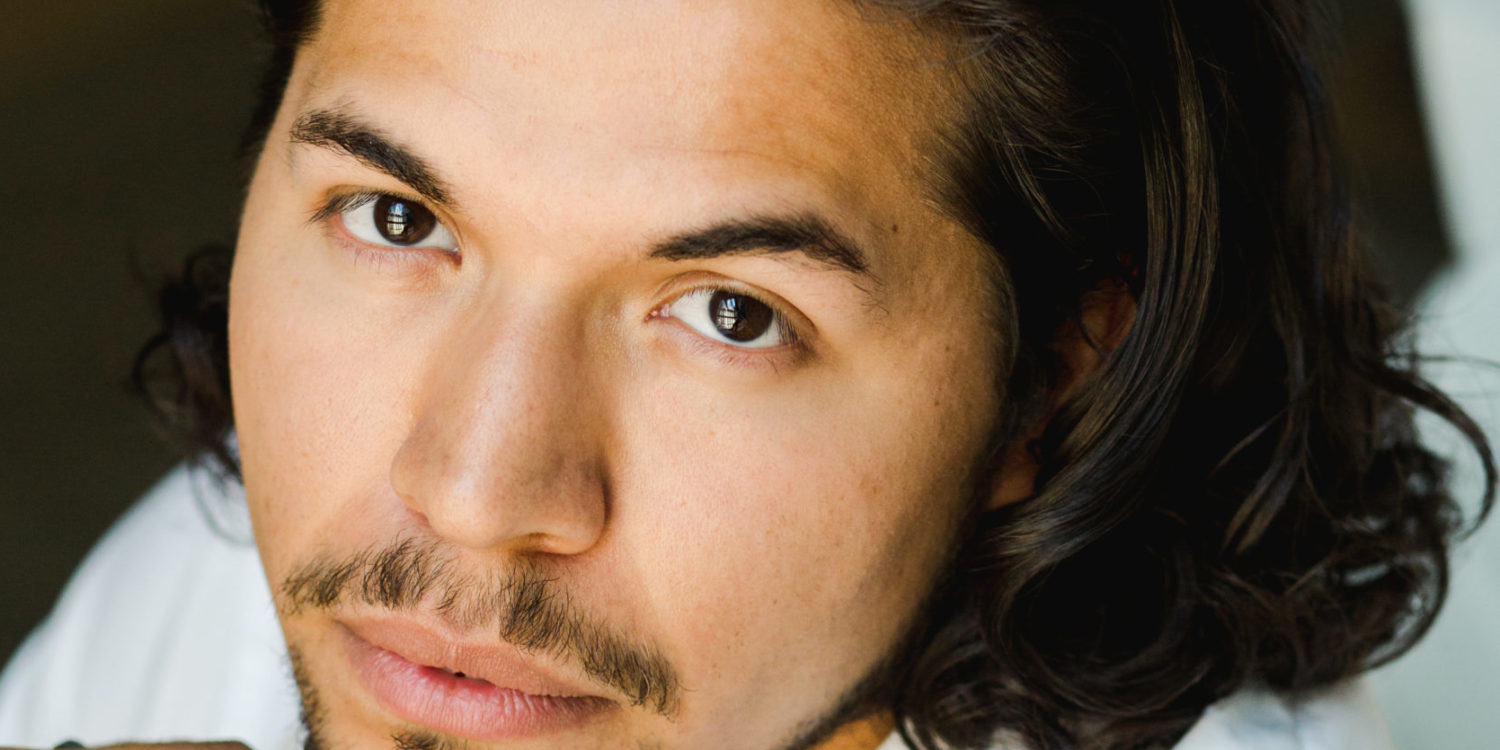 “Unfortunately, I have a lot in common with Eugene Onegin,” said Ethan Vincent, the 30-year-old Apprentice Artist who understudied the title role in the eponymous opera in Santa Fe this summer.  “He doesn’t feel like he belongs in the world he was placed in.”

Vincent, who was raised in Blue Springs, Missouri, was adopted six days after birth. “It’s ambiguous where I came from. I had one interaction with my biological father, who I found on Ancestry.com. I found out that he was adopted too. I feel like I’m not white, but not brown enough. My identity issues are a mess.”

“Right now, people are fighting for their identity and rights, but I feel like I’ve been caught in the middle—a purgatory of identity. Where do I belong.? What do I have to say? Does what I have to say matter? There’s a kind of suffering in that and it’s always there.”

Another kind of suffering comes from personal experience.  “At 16,  I was pulled over and the police officer approached my car with his gun out. He said, ‘Do you speak English?’ “Recently, on a visit home, a neighbor called the police when he was going for a jog on the couple of blocks where he grew up.  “I have never gotten a grasp on where I belong.”

The similarities with the Onegin character might not seem obvious. Onegin is a party boy,  a narcissistic aristocrat who constantly complains about his life. The opera follows his journey of regrets . “He’s always saying he’s bored, that things are stupid,” Vincent said. “That comes from fear.” It also reminds Vincent of the old version of him. “My job can facilitate me as a person. When I am thinking about Onegin and also who I am—that’s when art becomes art.”

His  pandemic year lead to a major shift. “In my personal life, my relationships. I feel like I’m coming out the other end—hopefully a more honest and authentic version of myself.”

When he learned that all voice majors would be required to perform in an opera chorus, he balked. “I thought it was a terrible idea. I thought about switching majors. Then I went to the first rehearsal.” The opera was Samson and Delilah. It was the music.  He fell in love. At the school, professional singers were brought in for the lead roles. “I got to see the intensity it takes to be an opera singer. I’m a competitive person. I thought, ‘I could do that. I could project my voice like that.’”

“At Northwestern I learned how to sing.” He earned both a bachelor’s and master’s degree in vocal performance and was no longer sitting and observing as an understudy. “Suddenly, I was singing big roles,” he said. In the Chicago premiere of “Dead Man Walking,” he played Joseph, the Sean Penn part, the murderer on death row.

His voice continued to develop during the four years of intensive artistic training he experienced at the Academy of Vocal Arts. “I learned about beautiful singing. We worked on the color of my voice. It took on a different shape and vibrancy. Maybe it was because of my age. I had gotten older.” There, he developed a preference for Verdi roles. He sang the Count di Luna in “Il Trovatore,” Germont in “La Traviata,” an admittedly premature Rigoletto at 24. “I learned a lot about pacing. In Verdi, things carry over from role to role. It’s not about being loud. An authentic voice gets you to the end. If you get shouty, it’s not going to happen.”

Onegin has been a revelation for Vincent.  “I think it’s a phenomenal opera. The character has such an arc. You don’t see that in opera. Onegin is cohesive.” A major challenge, however,  has been learning to sing in Russian. “It’s grueling,” he said. “The sounds are difficult. The more you peel back the layers of Russian, the more you realize you don’t know. It doesn’t stick sometimes.”

On the way to Santa Fe, Vincent’s car was broken into in Phoenix. His wallet, his passport and computer were stolen. Also missing  was the Onegin score, marked-up with over 100 hours of work scribbled into the margins. “That was my baby,” he said. He was forced to start from scratch again when he got to Santa Fe. “It was a tremendous amount of work,  but I did notice a  lot of  things I didn’t see before.” He also worked, as do many of the Onegin singers in Santa Fe,  with Tatiana Vassilieva, who is both pianist and Russian coach. “She has great attention to detail, and she’s really nice. She has a great ear, and she doesn’t let me get away with stuff,” he said. “But I can’t imagine being her—sitting at a piano and listening to people butcher Russian all day.”

The Pushkin novel, “Eugene Onegin” was written completely in verse, and Tchaikovsky used much of the poetry as text in the opera and to inform his music. “He was so thoughtful,” Vincent said.  “The music is lush, exciting, there are moments of melancholy and other explosive sounds. It’s subtle. There’s actually a lot of not-so-good music in opera, but this is a masterpiece.”

Vincent  has won awards at several singing competitions, including  the Nicola Martinucci contest in Lucca, Italy, and the Paris Opera’s Mozart Awards Competition, where he was voted audience favorite.  He was also a 2018 national semi-finalist in the Metropolitan Opera National Council Auditions. This fall, Vincent will perform the role of Riolobo in Daniel Catán’s “Florencia en el Amazonas” at Lyric Opera of Chicago, where he worked in the ticket office while he was attending Northwestern. “They have been so kind,  giving a young guy this opportunity.” He is also heading to Los Angeles to sing with the Philharmonic in 2022.

“I feel ready to be a mainstage singer,” he said. “I hope to come back to Santa Fe in the future in a leading role.”

“Octet” playwright Dave Malloy on music and the internet–

Exceprts from an interview with Emily Mendel. Her review of “Octet” is here. On the human voice:“I was the stereotypical...
FeaturesTheater