Does moviegoing matter? And with so many options for consuming entertainment, is there still a distinction between small and big screens?

In the mainstream blockbuster world, theaters have become theme park attractions with vibrating D-BOX seats and 3-D Imax beasties tearing each other to CGI shreds.

But what makes a low-budget indie worth leaving the couch? It’s a question the South by Southwest film festival in Austin, TX wrestles with year after year, and here are five solid answers from the 2017 edition: 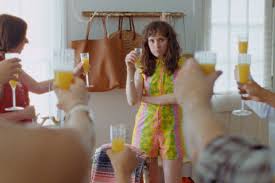 Streaming is often a solitary activity, but the best filmgoing offers a communal experience which non-theatrical viewing simply can’t match. And with a bittersweet comedy like “Mr. Roosevelt” (winner of SXSW’s Louis Black/Lone Star Award), that group dynamic extends beyond just sharing laughs with a roomful of strangers (though the feature debut of former “Saturday Night Live” cast member Noël Wells is frequently hilarious). Instead, what sets this tale of quarter-life crisis apart from just, say, binge-watching “Girls” is the way its big-hearted vision avoids the archly ironic rhythms and claustrophobic A-B-C-story constraints of TV plotting in favor of a world (and worldview) diverse enough for audiences to find themselves in, together and singly. Are you now (or have you ever been) an untethered — and slightly unhinged — free spirit like Wells’s protagonist, Emily, searching for connection and fulfilment amid the last flickers of true bohemia in the Gentrified States of America? An aspirational neo-yuppie like Britt Lower’s Celeste, seeking the GOOP-y Nirvana of lifestyle blog perfection in actual life? A working-class pragmatist like Danielle Pineda’s hard-rocking waitress Jen, grounded enough to realize that not everyone gets to have their dreams come true? Or, like Nick Thune’s Eric, are you drifting into the cozy domesticity of adulthood while nostalgic for the ragged freedom of younger days? Those four characters are the central quartet of the story (catalyzed by the death of the film’s titular cat), but Wells spirals out from there to capture a snapshot of contemporary life in post-slacker Austin that’s both spot-on specific and universally relatable. 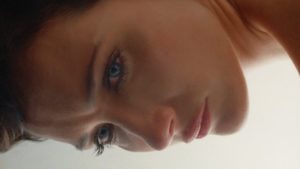 The thrill of discovery and fostering new talent are core indie values which clearly factored into Ana Asensio’s “Most Beautiful Island” taking the Grand Jury Award for best narrative feature at this year’s SXSW. Asensio (a Spanish film and TV actress) makes her impressive directorial debut with this timely cinéma vérité portrait of immigrant life in America. She also stars as Luciana, an undocumented exile with a mysterious past and a questionable future forced to face the daily challenges of hand-to-mouth existence on the famously mean streets of Manhattan. One moment, she’s dressed as a chicken, handing out flyers for a fast food restaurant, and the next she’s nannying for the bratty, spoiled children of the island’s upper classes. Yet rather than just settling for a grim, social-realist slog, Asensio plays up the harrowing suspense of her character’s struggle for survival, pushing it towards a logical if wildly unpredictable dramatic extreme as she nudges the plot and tone of the movie from the naturalism of Ken Loach or John Cassavetes towards the darker realms of Tarantino, Kubrick, and Lynch. 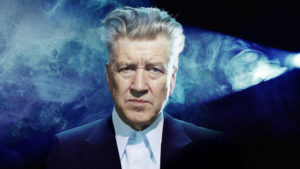 And speaking of Lynch, this festival favorite (directed by Jon Nguyen, Rick Barnes, and Olivia Neergaard-Holm) not only chronicles the life of the cinematic icon in his own words, but does so in a way that effectively highlights the heightened emotional power films can possess within a darkened theater. On the small screen, surrounded by distractions, “The Art Life” would still be plenty interesting (particularly for Lynch fans) as the favorite son of Missoula, Montana describes his early interest in painting and sculpture while growing up in various parts of the U.S., elucidating how those creative experiments and youthful experiences led to and influenced his earliest films (“The Alphabet”, “The Grandmother”, “Eraserhead”) and later projects. Seen on the big screen, however, the relentless cascade of Lynch’s alternately disturbing and transcendent creative output (combined with his evocative storytelling, and an eerie soundscape best described as…well, Lynchian) burrows deep under your skin ‘til you’re falling, falling ever more deeply into the subconscious of this haunting documentary’s subject. 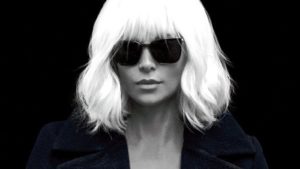 As with paintings, some movies need a big canvas simply to capture all the colors and elements of the composition. That’s certainly the case with “Atomic Blonde”, David Leitch’s propulsive Cold War thriller (based on Antony Johnston’s graphic novel “The Coldest City”) — and while I couldn’t explain the plot of the film with a Soviet Makarov pistol to my head (Charlize Theron is a spy in East Berlin just before the Wall comes down…something something James McAvoy’s another spy…something something “99 Luftballoons”), the lurid cinematography, era-appropriate MTV aesthetic, and throbbing New Wave soundtrack (see: pretty much anyone who played at Live Aid and, of course, Nena) squeezes an especially stylish, ultra-violent episode of “120 Minutes” into 115, complete with brutal fight choreography closer to the Bourne movies than “Bad”. Indeed, one particularly bravura battle royale in a series of apartments and a long, winding stairwell plays like the action equivalent of a Sheila E drum solo comprised entirely of gunshots and snapping bones, climaxing (at the SXSW premiere, anyway) with the kind of spontaneous ovation that occasionally makes catching indie flicks in a crowded theater way more thrilling than another night of just Netflix and chilling. 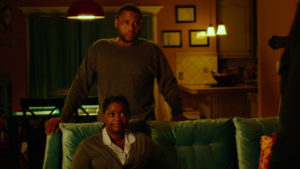 Finally, there’s Ian and Eshom Nelms’ rollicking modern noir, which — okay, to be honest, would be equally entertaining on a screen of any size. And the story of a disgraced, alcoholic ex-cop stumbling onto a murder case in the gutter of his shattered life isn’t exactly groundbreaking. But the whiskey shot pacing and whip smart dialogue (volleyed by an all-star squad of character actors including John Hawkes, Clifton Collins Jr., Robert Forster, Octavia Spencer, and a fantastically menacing Jeremy Ratchford) is a reminder of what movies used to be like before most of the human-sized drama moved to cable TV. As a result, excellent genre entries like “Small Town Crime” (which, in the ‘70s, would have received a big klieg light premiere on Hollywood Boulevard) run the risk of slipping through the cracks as nothing more than a fast-forwarded coming attractions trailer or an ignored “Recommended for You” message on Amazon. But see the film if you can — and preferably in a theater, for the full cinematic impact of Hawkes’s wannabe gumshoe tearing around a scenic, mountainous Utah landscape in his souped-up black muscle car like a pre-apocalyptic Mad Max on a last chance power drive.