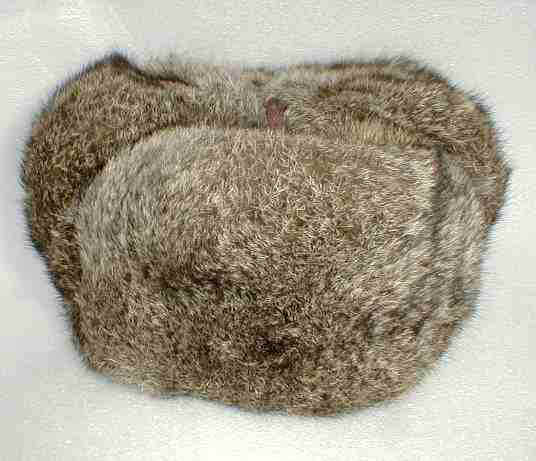 The tragic events of September 11th have left the American people shocked and angered, looking for answers as well as villains to punish. The release of Behind Enemy Lines was originally intended for 2002, but was then moved earlier, apparently to capitalize on an anticipated post-WTC surge of patriotism. But it’s far too simplistic in both its plot and politics to offer more than a jingoistic dose of strident flag-waving.

Navy aviator Chris Burnett (Owen Wilson, The Minus Man) is an F/A-18 navigator, frustrated by the lack of combat action in his seven years of service. He has two weeks left on his term of duty and has already handed in a resignation letter to Admiral Reigart (Gene Hackman), who thinks Burnett hasn&#146;t really yet learned what it means to be a soldier. Reigart sends Burnett on a routine reconnaissance mission, where he and his pilot stray into an unauthorized region of southern Bosnia. They photograph something no outsider was meant to see and are shot down, trapped behind enemy lines. We’re then shown two parallel story lines. One is Burnett’s orienteering through the hostile Bosnian countryside, seen both from his perspective and Reigart’s view from his high-tech command center on board ship. The other is the chain of command that Riegert must traverse as he’s forced to deal with political pressures beyond his control that hamper his efforts to mount a rescue effort.

This could have been the foundation for an edifying look at Eastern European politics and/or the current state of U.S. military logistics. After all, even Tom Clancy novels, for all their bombast, serve as an instructive look into warfare’s toys and techniques. But first time director John Moore strips the film’s plot down to the barest essentials &#150; one good guy running from hundreds of bad guys &#150; and focuses instead on cramming in as many slow-motion, reduced color palette, swirling point of view and multiple-frame-print shots as possible. The result, while perhaps very stylish, adds little understanding and has about as much substance as a SEGA commercial–not surprisingly, since that was Moore’s previous directorial work.

The "bad guys" are indeed identified as Serbs, but they’re never given any more depth than that. They might as well be from one of the many unnamed nations with guttural Cyrillic alphabets featuring lots of consonants that used to form the backdrop for the old Mission: Impossible TV series. All that is offered here is that they’re heartless bastards who speak funny and are after Burnett’s scalp. U.S. military hardware is trotted out in abundance and all works to perfection in numerous set pieces that can be seen coming a mile away. The scenes on the carrier, in particular, could easily be used as a Navy recruiting video – they’re that fawning. There’s one scene that effectively shows the horror that civil war has brought to the region’s civilians, but it’s the only time the film tries to be anything more than an episode of a Saturday morning serial.

Despite its lack of depth, the film might still have worked as a serviceable action-adventure pyrotechnics festival were it not for the casting of Owen Wilson in the lead role. Wilson’s at his best when working at tangents to a plot – reacting to a story line, not creating it. He’s all about snide asides and wry quips, not armaments and heavy lifting. So when asked to brandish automatic weapons or grimace with rage he looks about as comfortable as Woody Allen cast in the lead of Gladiator. As Reigart, Hackman is only required to use two expressions–sourly frustrated and doggedly determined–and he manages to oscillate between those with neither embarrassment nor distinction.

The film’s action ends with the attempt to rescue Burnett. The repercussions following that point are more complex than the Croat Kops chase that makes up the bulk of what is shown, and certainly they could have been the basis of an interesting film, but here they’re covered only in a laughably brief epilog. Behind Enemy Lines takes a simple premise and simplifies it even further; it’s a comic book with very few of the frames colored in.