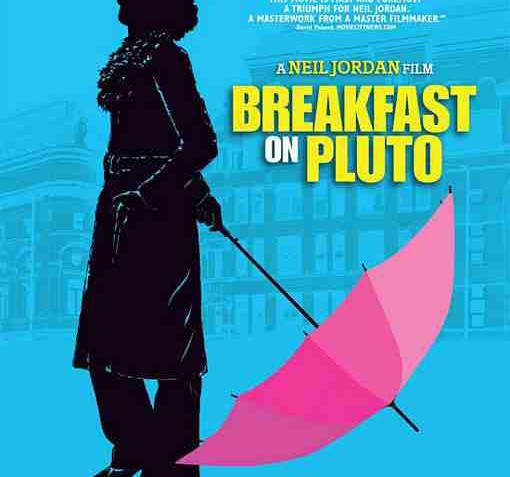 Neil Jordan&#146;s career is marked by an impressive number of risky ventures. Perhaps none was more risky than refusing the siren call of Hollywood after directing Tom Cruise in 1994&#146;s Interview with the Vampire. Since The Crying Game had become the don&#146;t-spoil-the-twist ending sensation of 1992, it looked as if Jordan was poised to become a hotshot expat director. Instead, he returned to his native Ireland to pursue a list of smaller works that include 1997&#146;s unheralded The Butcher Boy and 1999&#146;s The End of the Affair.But all to often his films vary between heartfelt personal statements and bland treatises on celluloid, and there&#146;s never much certainty from project to project as to which Jordan is going to show up.

At first glance, his newest film Breakfast on Pluto looks like it&#146;s in the former camp. The bad news is that it&#146;s so horribly misconceived and shoddily structured that its good intentions are worn out in the first twenty minutes. The story centers on an orphaned boy (Cillian Murphy) who coltishly styles himself as a cheeky cross-dresser to shock the local parish, whose head priest (Liam Neeson) is his unacknowledged father. Patrick devises an alter ego named Kitten, the better to vamp her/his way around swinging 70s Ireland.

The story is a total mess. Adapted, as was The Butcher Boy, from a Patrick McCabe novel, Jordan sets Kitty&#146;s story up as a fey picaresque, divvying up his journeys into an unending series of chapter headings. (Each chapter in &#147;St. Kitten&#146;s&#148; memoirs must be about a page long.) To make matters worse, Jordan is drunk behind the wheel of this material. There is a painfully unfunny post-Austin Powers Bond movie send-up, in which Kitty knocks out the bad guys with snatches of Chanel, and not one but two hyper-stylized, super slo-mo operatic sequences that play to the back row of the theater. Voice-over narration pops up out of the blue around Chapter 21, and one scene takes place in a subway car that is so completely modern, one wonders if the production design is there to test whether or not anyone&#146;s even paying attention by this point. Even the film&#146;s opening, which finds a pair of animated robins commenting on the action, seems to set the tone for a none-too-hilarious mash-up of Mary Poppins and Velvet Goldmine.

Setting off in search of the mother who abandoned him, a woman who is a dead ringer for Mitzi Gaynor, Patrick runs afoul of a campy gang of starry-eyed Hells Angels, a gruff bear-cub (Brendan Gleeson) in an amusement park, and a traveling glam rock band. (Kitty strikes up some man-on-man action with the band&#146;s lead singer, but despite loud vocalizations of her house-frau fantasies, the film is as shy to reveal anything in the way of sex as a typical Hilary Duff vehicle.) Taking the long way round Irish history, Jordan even bumps smack-dab into The Troubles at various points, with Kitty&#146;s boyfriend dumping him off in a lakeside trailer that doubles as a cache for his gunrunning exploits. Ever the frustrating naif, Kitty chides the Republican heavies for being &#147;too, too serious.&#148; With its faux-camp sensibility and kitchen sink approach, it&#146;s all too depressingly evident that Jordan agrees with his hero.