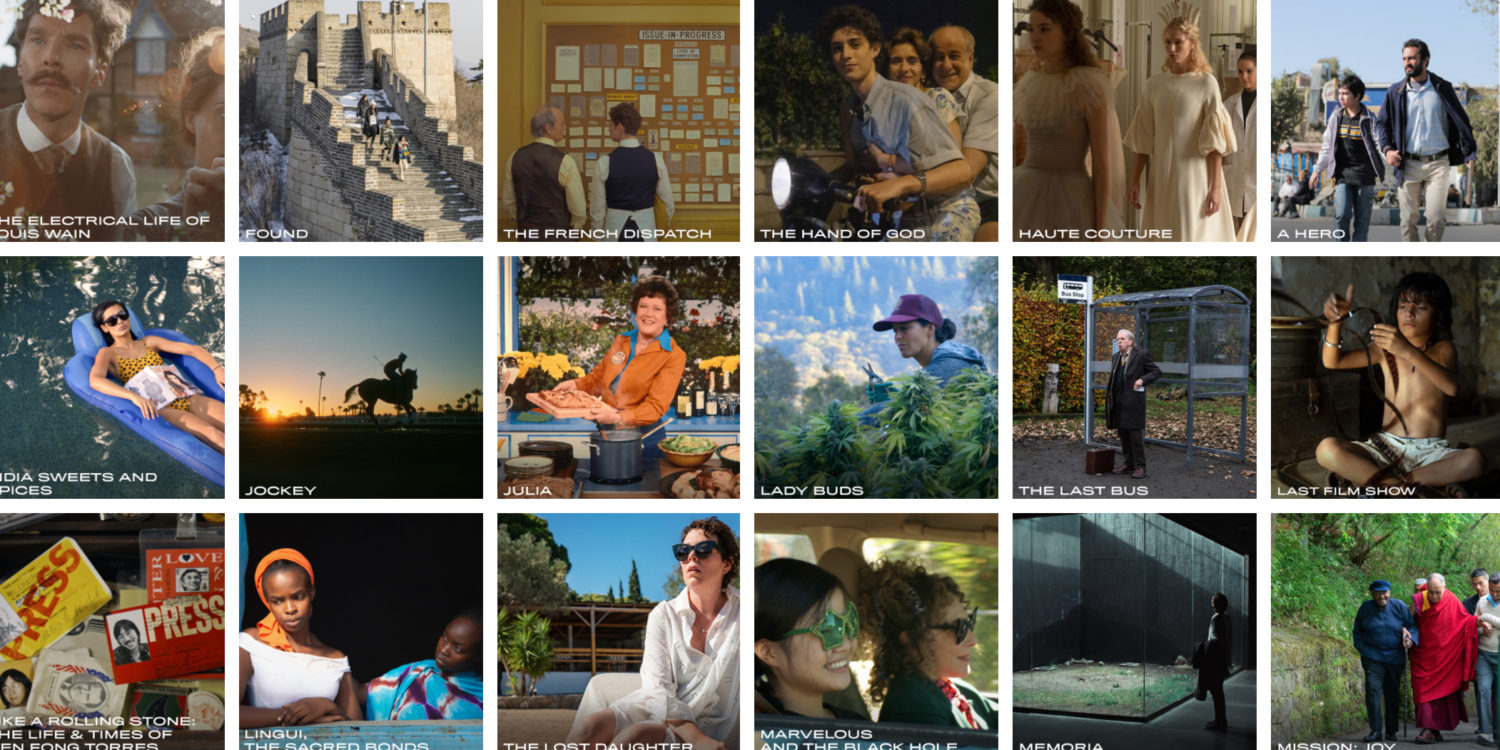 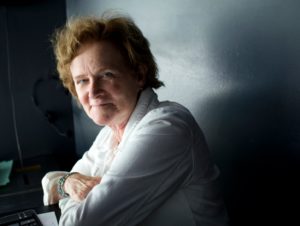 Paula has worked as a journalist/producer for outlets such as CBS Radio, ABC Radio, and a film and theater reviewer for the Detroit Metro Times. She currently lives in the San Francisco Bay Area working as a freelance journalist, website writer and documentary filmmaker.

Pivoting is still the name of the game for the film industry in general and film festivals specifically. The Mill Valley Film Festival (MVFF) is no exception or stranger to that. While last year they were able to successfully pivot to drive-in theaters and streaming platforms for its audience where many other festivals had to cancel altogether, this year they find themselves still adjusting to not a completely, post-Covid world. It is worth noting that Marin County in Northern California, where the MVFF hails from, has an extremely high vaccination rate. Zoe Elton has been with MVFF since its inception and is the Director of Programming for much of that period. She is also the Founder of the festival’s Mind the Gap, gender equality initiative.

The MVFF, going into its 44th year and a division of the CA Film Institute has an impressive track record of launching new films and new filmmakers, and has earned a reputation as a filmmakers’ festival by celebrating the best in American independent and foreign films, alongside high-profile and prestigious award contenders. Each year the festival usually welcomes more than 200 filmmakers, representing more than 50 countries. Screening sections include World Cinema; US Cinema; Valley of the Docs; Children’s FilmFest; a daily shorts program; and Active Cinema.

Last year, MVFF, unlike many film festivals did take place, but they had to pivot to the drive-in and streaming only. Once again, for this year, they are gearing up for adapting to county health department guidelines while balancing the audience’s desires and expectations. I talked to Ms. Elton about the changes and expectations for this year’s festival.

PF: “MVFF 2020 was able to take place albeit in a different way due to Covid. How is it different, yet again, for this year?”

ZE: “It’s different this year because this year is actually different. It’ not like 2020, but it’s not 2019 either. Last year there was Covid, without vaccinations, plus the area was dealing with a lot of fires. It was crazy! Last year we had limited offerings divided between online and even more limited drive-in screens. This year is a whole different thing again.”

For the organizers and staff, our muscle memory is that of last year, but yet we’re working with more. We’re doing in-theater and some online. On top of that, we’re all still working from home, so that frenetic energy of everyone working together in a busy office, is just not happening. And then what will next year bring? Probably a whole new set of unknowns. It’s all very weird, but yet we are excited about the films available this year and that the audiences are seemingly wanting to get back to the theaters.”

PF: “With limited independent, foreign, and studio offerings, how many of your usual 200 films are you able to present?”

ZE: We have about 75 films this year. Of those, the movie studios were really pushing for screening in-theaters as much as possible this year, but because other festivals were delayed and our staff wasn’t traveling as much, we ended up with new layers of I-don’t-knows.

PF: “As a moviegoer and a film journalist who’s covered several festivals, I’ve always appreciated the unique feel of MVFF. It’s both big, yet community-oriented and easy to navigate.”

ZE: “Wherever you go in Marin County, you see the mountains, Mt. Tamalpais, and there are Redwoods. The fact that we’re not in an urban metropolis and that the weather is great and you can be outdoors a lot really makes a difference in the experience for patrons, festival staff, and journalists. We are also unique in that we do not have film competitions. We have audience awards and we pay tribute to certain actors or filmmakers every year, but we don’t set up competitions, and I think that sets a more relaxed tone to the festival. We’re there to celebrate the art.”

While most of the festival is taking place in several Marin County venues, organizers are partnering for the second time with BAMPFA in Berkeley.

ZE: “Yeah, it’s kind of great to partner with a venue that is associated with the arts- the art museum, the University of Berkeley- so to select film titles that are most fitting for that specific venue is special. The flagship theater for the festival is the Rafael Film Center in San Rafael, with the Sequoia Theater in Mill Valley as secondary. This is mostly due to the fact that The Rafael is bigger, with three screens and stages, and it’s the most secure for navigating Covid protocols.”

Mind the Gap is an initiative that was launched in 2015. It’s dedicated to achieving gender equity in the film industry. The same year, the California Film Institute (CFI) began expanding the Mind the Gap initiative across the entire organization in order to provide an inclusive platform to showcase female-forward contributions in all aspects of the film industry, celebrate the dynamic achievements of women in film, and empower future filmmakers. Since its inception, Mind the Gap has embraced the intersectionality of its filmmakers and conversations within the fight for gender equity and the importance of intersectional perspectives and gender’s indissociable connections to other identity traits has become a cornerstone of the platform’s focus. (California Film Institute)

PF: “I’ve covered several festivals personally I’m impressed with the programming of the festival beyond films, that very involved not only in film community but local Bay Area community. Things related to music, Bay Area films and filmmakers, and of course, there is Mind the Gap, a gender equity initiative with an initial goal of 50/50 by 2020. What was the inspiration for this lofty festival goal?”

ZE: “We started this initiative in 2015 when we realized that the needle in Hollywood in terms of the percentage of women that they hire as directors, and by extension, writers, producers, etc., was not moving at all. That put us in a soul-searching moment, asking ourselves, what could we do? As a result, we committed to getting to 50-50 by 2020. While the pandemic upstaged us, nonetheless, we got to 57% women directors across all the MVFF programs in 2020. We proved that it can be done!”

PF: “This initiative goes beyond just gender gaps but am I right in that there is also a commitment to diversity?”

ZE: “As we program for the festival, we lookout for filmmakers of color. While 50-50 is a great benchmark. It’s a great thing to maintain, but we want to take this concept and initiative to another level. We want to offer things that can be more palpable. To that end, we will be releasing information about the Mind the Gap Creation Prize, which is a $10,000 grant going to a female filmmaker. This year’s recipient is a Black director.”

Mind the Gap this year embraces the topical theme of reconnecting with the community. 2021Mind the Gap Award recipients are Nina Yang Bongiovi, “Producer of the Year” for Passing, and Jane Campion, “Innovative Artist of the Year.” Her film is The Power of the Dog. MVFF 44 starts October 7 and goes through October 17. Some of this year’s most anticipated selected films include Belfast, Bergman Island, The Lost Daughter,  Queen of Glory, and Parallel Mothers. The prestigious opening night film is Cyrano by Joe Wright; the Centerpiece film is C’mon, C’mon by Mike Mills, and closing out the festival is The French Dispatch, the latest colorful and wildly creative installment from Wes Anderson.

Go to mvff.com for programming and ticketing information.