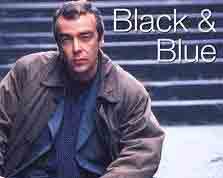 Over the past fifteen years, Scottish crime novelist Ian Rankin has built a sizeable body of work, and a strong literary reputation, chronicling the work of Detective Inspector John Rebus. An Edinburgh police officer, Rebus is also a lonely, jaded misanthrope and a passionate connoisseur of his native land&#146;s full range of alcoholic drinks. Although he works in one of the most beautiful cities in the world, he doesn&#146;t get to spend much time enjoying the scenery. His beat is the city&#146;s dark underbelly, the very real demi-monde of drugs, vice, and organized (and disorganized) crime brought to the world&#146;s attention by Irvine Welsh&#146;s Trainspotting. Any fan of Welsh&#146;s novel, or the 1995 film from which it was adapted, will feel right at home with Rankin. If one of Welsh&#146;s drug addict characters were to lose his "Lust for Life" and turn up dead in a Leith dumpster, it would be someone bearing a striking resemblance to Rebus who would most likely be called upon to investigate.

With its gritty subject matter, labyrinthine plotting, mordant humor, and strong sense of character and place, Rankin&#146;s work has always seemed ripe for screen adaptation, so it is no surprise that those bright sparks at the BBC have produced a series based on the Rebus novels. If the four-part Black and Blue is anything to go by, then the good news is that they have succeeded in staying faithful to the source material, retaining the above-mentioned elements and shying away from a sanitized or dumbed-down approach. The bad news is that the end result is still not quite satisfying.

To get to the most important thing first, the role of D. I. John Rebus is played with aplomb by John Hannah. Hannah is the tall, gaunt, boyishly handsome actor best known for his tear-jerking reading of W. H. Auden&#146;s "Funeral Blues" at Simon Callow&#146;s funeral in Four Weddings and a Funeral. At first he seems wrong for the role&#151;a little too effete and refined in appearance, perhaps&#151;but he is a skilled actor, possessing a great deal of wry wit and natural charm, and by the end of the first of these four episodes he already looks very at home in Rebus&#146;s crumpled leather jacket. Other roles are mostly well-filled, although a couple are underwritten, and fans of cult Irish comedy Father Ted may be amused to see a supposedly menacing character being played by Jim Norton, the actor who immortalized that show&#146;s pompous windbag, Bishop Len Brennan.

Plot-wise, Black and Blue is a kind of mystery gumbo&#151;managing to weave into its story almost every single staple of the crime drama. The plot includes drug gangs, police corruption, serial killers (note the plural), prostitutes, suspicious suicides, and copious amounts of those two most critical of fluids: blood and whisky. There&#146;s even a sultry, mysterious blonde. Typically of Rankin, these seemingly unconnected storylines turn out to be linked in unexpected ways, and Black and Blue charts Rebus&#146;s halting progression toward the trunk that lies at the heart of all the story&#146;s various branches.

Delivered in mild, easily decipherable Edinburgh accent with occasional lapses into vernacular and slang that will be unfamiliar to American audiences, the dialog crackles with a lot of the dark humor and hardboiled sass Rankin&#146;s novels possess in spades. Entering the squalid abode of a seedy young druggie, Hannah takes in his decrepit surroundings for a moment before straight-facedly asking his host "Maid&#146;s day off?" After a recalcitrant suspect is dragged, kicking and howling, off to the cells, Rebus is asked how he took his arrest. "Aye, he was pretty philosophical about it," he replies. Moments like this provoke in the Rankinophile a sudden rush of affectionate recognition, and the show could use more of them. His humor is one of the things that sets Rebus apart from all the other hard-drinking cynics out there in Mystery Land, and too often here it is lost in the somber, "here&#146;s-how-it-happened" voiceover. The novels are written in the third person, and the added device of Rebus&#146;s narration feels wrong (although, granted, it may be necessary in order to keep the viewer in the game).

A key strength of the BBC&#146;s Black and Blue is that it capitalizes on Rankin&#146;s fondness for the look of his city, and its peculiar layout. As Rebus wanders from crime scene to pub to informant&#146;s flat, readers familiar with Edinburgh can delight in recognizing exactly where he is and how he got there. As well as retaining this geographic integrity, the adaptation revels in the peculiar visual opportunities the city affords: the rain-slicked cobblestones, the streaked grey stone facades of the old buildings, the ubiquitous flights of steps and the vertiginous sense that what feels like solid ground can suddenly reveal itself to be a bridge soaring over a canyon-like perpendicular street running five stories below.

Something is lacking, though, and it may be that the missing element is simply Rankin&#146;s prose. A lot of the events and people depicted in these stories seem somehow pedestrian or cliched when depicted on screen; it is Rankin&#146;s writing that fleshes them out. Ironically, in bringing Rebus et al. "to life," the BBC have in the process sapped them of the very life force that made them so vivid in the first place. This is certainly not to condemn the show as worthless&#151;there is still a great deal to enjoy here, for the avid reader of Rebus and for the newbie alike&#151;but it is finally a comment on Rankin&#146;s skills as a writer and on the lightning-in-a-bottle difficulty of capturing the essence of great prose on screen.