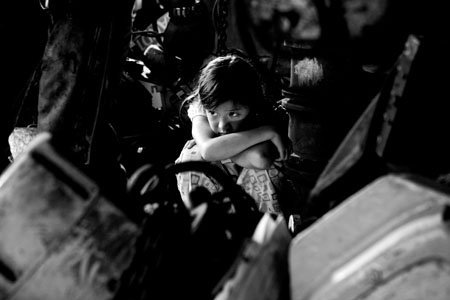 Want to know where you can find some good authentic Taiwanese cinema? The answer, from November 6-8, is San Francisco. The place: Landmark’s Opera Plaza Cinema. The event: Taiwan Film Days, a film series featuring some of the best in contemporary films that tiny republic has to offer. The mini-festival is showing seven films during the three-day showcase, including Taiwan’s official entries for both the 2009 and 2010 Academy Awards for Best Foreign Film (Cape No. 7 and No Puedo Vivir Sin Ti), the International Premiere of a new film by veteran documentary filmmaker Yang Li-chou (Beyond the Arctic), and the film debut of one of Taiwan’s most respected screenwriters, Fu Tien-yu (Somewhere I Have Never Traveled).

Taiwan Film Days is the result of a collaborative effort between The San Francisco Film Society and the Taipei Economic and Cultural Office to bring highlights of Taiwan’s current film culture to American audiences. The venture is reminiscent of the film society’s two other now annual mini-series devoted to films from other countries, the upcoming New Italian Cinema (November 15-22) and just-finished French Cinema Now. It seems appropriate that the film society would decide to look westward to find inspiration for its third such series, and Taiwan is a natural choice considering it has produced and encouraged some of the pre-eminent filmmakers of the last few decades- name directors like Hou Hsiao-Hsein, Edward Yang, Ang Lee, and Tsai Ming-liang.

The film series may be very short-blink and you’ll miss it-but the films are huge. Indeed, the Opening Night film, Cape No. 7, is Taiwan’s biggest ever box-office sensation. The films all-together are meant to represent the full breadth of Taiwanese society and culture, so the point is that all are different, and all are significant. For a list of all the films being shown, as well as other information, visit The San Francisco Film Society’s website at www.sffs.org, or just click here.