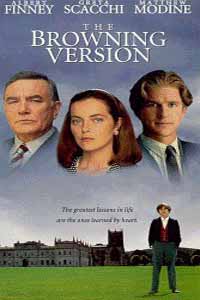 No longer a fashionable writer at the time of his death, British playwright Terence Rattigan (1911-1977) has posthumously emerged as a subject of renewed interest. Heralded in the 1930s and 40s as a master of the well-made play, he was by the mid-1950s dismissed as reactionary. John Osborne&#146;s Look Back In Anger, with its landmark kitchen-sink naturalism, galvanized the London stage in 1956 and sounded a death knell for Rattigan&#146;s fastidious drawing-room dramas and urbane farces. In the 60s and 70s, when postmodern playwrights like Tom Stoppard and Harold Pinter were in ascendance, Rattigan&#146;s reputation shrank to near-oblivion. Reappraisal has been long overdue. In addition to an engrossing 1997 biography by Geoffrey Wansell, there have been two notable film adaptations of his work in recent years. The Winslow Boy (1999), meticulously directed by David Mamet, is a stirring drama about a family&#146;s legal battle to clear their son&#146;s name in connection with a military school theft. Not as successfully adapted, but still worth a look, is The Browning Version (1994), directed by Mike Figgis (Leaving Las Vegas, Timecode) and showing this month on BBC America.

Albert Finney (Erin Brockovich, The Gathering Storm) skillfully dampens his emotional register to play the introverted prep-school classics teacher Andrew Crocker-Harris in The Browning Version. The screenplay, by Ronald Harwood (The Pianist), is an updating of the material, but the humiliations visited upon Crocker-Harris remain intact from Rattigan&#146;s original 1948 one-act play and the subsequent 1951 film starring Michael Redgrave. The schoolmaster&#146;s health is failing. He has little choice but to seek a less demanding teaching post elsewhere for reduced pay. School officials consider him expendable. Students ridicule him behind his back. His termagant wife, Laura (Greta Scacchi, The Red Violin, Cotton Mary), is cheating on him with a younger colleague (Matthew Modine, Full Metal Jacket,Short Cuts). Emotionally repressed and unfulfilled, Crocker-Harris is a chilling portrait of the despair hiding behind British middle-class reserve. (Biographer Geoffrey Wansell suggests that Rattigan&#146;s characters and themes often serve a secondary function as submerged metaphors for the writer&#146;s closeted homosexuality.)

When Crocker-Harris reveals that years ago he poured his heart into translating the Agamemnon of Aeschylus, a student named John Taplow (Ben Silverstone) purchases a secondhand edition of Robert Browning&#146;s verse translation of the Greek play and warmly inscribes it to the teacher. Overwhelmed by Taplow&#146;s gift, Crocker-Harris responds by weeping uncontrollably. Lost youth, lost ambition, lost love, a lifetime of regret seems to tumble forth from every pore of his being. It&#146;s a deeply touching scene poised daringly between the maudlin and the sublime. Albert Finney, like Michael Redgrave before him, performs the tearful meltdown with gut-wrenching abandon. Seconds later, as if to sucker punch anyone mistaking this for Goodbye, Mr. Chips, Rattigan has Crocker-Harris&#146;s spiteful wife verbally demolish her husband&#146;s remaining shred of dignity.

The Browning Version doesn&#146;t especially benefit from being rewritten as a contemporary piece. Ronald Harwood&#146;s R-rated dialogue and additional scenes&#151;such as Taplow getting sexually bullied by an older student in the shower room&#151;are jarringly at odds with Rattigan&#146;s customary restraint. Repression isn&#146;t merely a theme in his work. It&#146;s intrinsic to his style as a writer. Critic Andre Bazin&#146;s observation that "censorship is essential to cinema and dreams alike" is also true in regards to Terence Rattigan&#146;s genius for British understatement, which derives its impact from motives that are tantalizingly indirect rather than coarsely exposed.

If anything, the filmmakers lack the confidence to allow us the full measure of Rattigan&#146;s uniquely British sensibility. This is particularly apparent in the decision to change the role of Frank Hunter&#151;the science teacher played by Matthew Modine&#151;from a native Brit to a visiting American instructor. Clearly a capitulation to U.S. box office hegemony, the result severely mars the integrity of the production. Modine is even forced to act the cliche of a befuddled Yank watching a cricket batsman and remarking, "Every time he hits the ball, I think he&#146;s going to drop the bat and run to first base." Nothing, however, ultimately detracts from Albert Finney&#146;s excellent work in The Browning Version. It&#146;s a major performance and a fitting tribute to Terence Rattigan&#146;s complex creation of Andrew Crocker-Harris.