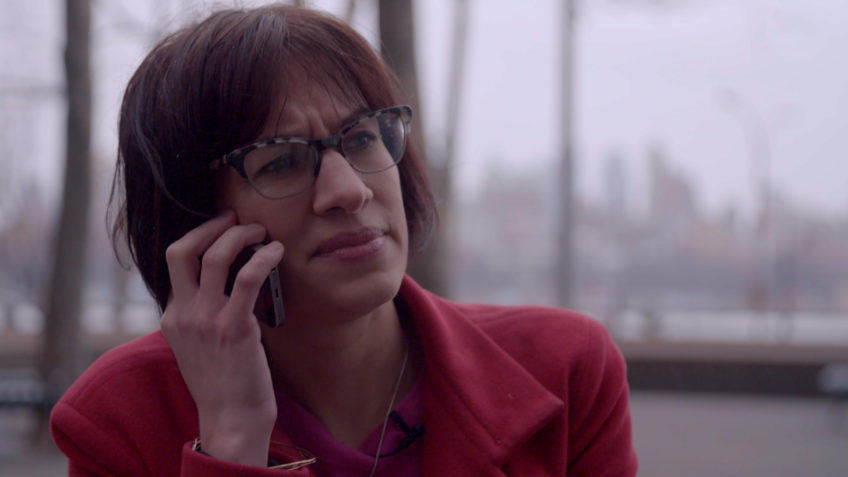 THE FIGHT will be featured by The Roxie Theater’s Virtual Cinema – link here: https://www.roxie.com/the-fight/

The film will also be available digitally via various other platforms: https://www.fightthefilm.com/watch-at-home/

This compelling, emotionally-charged, human, and humane documentary follows four recent and critical legal cases and the dedicated and driven American Civil Liberties Union attorneys who fight for the victims behind the headlines.

The ACLU, a 100-year-old nonprofit organization, is not immune to controversy, nor should it be because it represents some of the most provocative legal issues that face our nation. “The Fight” gives its audience a glimpse behind the curtain of the development and progress of four significant legal battles, out of the 147 it has brought since President Trump’s inauguration.

The documentary swings back and forth through various stages of the four lawsuits, from first meeting the victims, through last-minute court appearances, to the ultimate outcomes. We meet the harried, committed, super-smart lawyers, whose personal lives are sacrificed on the altar of the Bill of Rights and the Constitution.

Lee Gelernt, Deputy Director of the ACLU’s national Immigrants’ Rights Project, may be familiar from TV news clips. His litigation in the film, to reunite an immigrant parent with her child after they have been separated at the Mexican border, is shown in all its heart-wrenching pathos as well as its legal complexity. The film does not milk it for tears; it doesn’t have to since the injustice speaks for itself.

Brigitte Amiri, a deputy director at the ACLU’s Reproductive Freedom Project, represents a rape victim, an unaccompanied immigrant minor, “Jane Doe,” who is denied a legal abortion at a U.S. Refugee Resettlement facility by Scott Lloyd, the ultra-religious Director of Refugee Resettlement, apparently based on his personal religious attitudes. In a chilling deposition, he states that “[Jane Doe] claimed to have been raped.” “Claimed? Do you have reason to believe she lied?” frostily retorts Amiri.  “No,” he reluctantly concedes.

Dale Ho, the indefatigable director of the ACLU’s Voting Rights Project, fought the newly imposed citizenship question on the 2020 census, which could have cost various sections of the country to lose seats in the House of Representatives. The night before Dale Ho presents his argument to the U.S. Supreme Court, we see a very human lawyer in his hotel room practicing and fumbling his delivery. Months later, we watch as Ho waits at his computer for the Supreme Court decision, continuously refreshing the site, and then frantically trying to interpret the opinion.

Joshua Block, a senior staff attorney with the ACLU’s Lesbian Gay Bisexual Transgender & HIV Projects, with Chase Strangio, led the ACLU’s challenge to President Trump’s ban on transgender people serving in the military. The meetings with the client, as well as Strangio’s talks with his brother, are powerful and heartfelt.

“The Fight” excels at presenting these attorneys working under the pressure of defending our civil rights, and the burden it places on them and their families. One lawyer is seen reading through his ever-present hate mail. The documentary also explores the vital legal issues for which they lose sleep. There is humor as well: Lee Gelernt is never ever able to charge his cell phone; Joshua Block can’t seem to use his supposedly time-saving dictation software.

One jarring note for me was the use of modern graphics animation to portray the closed Supreme Court hearings. Audio is available and used in the film, but video recordings are still prohibited at the Supreme Court.  Somehow the animated graphics didn’t meld well with the documentary, shaky-camera style of cinematography. It was a small distraction in what is otherwise an exceptional and captivating film by Elyse Steinberg, Josh Kriegman, Eli Despre, the filmmaking trio who is also responsible for “Weiner,” the 2016 documentary about former U.S. representative, Anthony Weiner.

This year, with the confluence of the 100th anniversary of the founding of the ACLU and the upcoming presidential election, is the perfect time for Americans, including certain of our elected officials, to be reminded of the consequence, weight, and vitality of the Constitution and those who fight to uphold it.

The ACLU supports all of our civil liberties, irrespective of political party or persuasion.