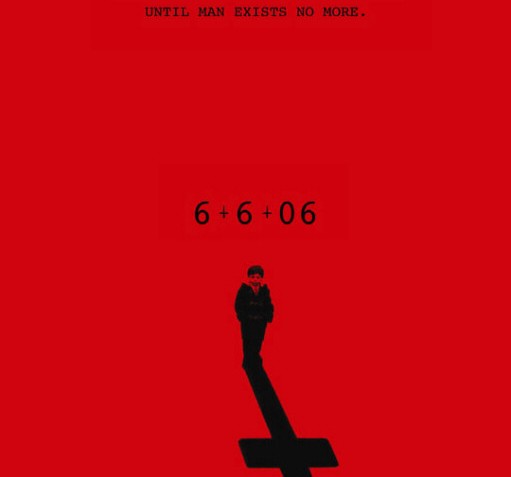 Each generation seems to be romantically attached to the notion that they&#146;re the most depraved of all. The 1976 film The Omen, directed by Richard Donner, was one of a spate of films in which Hollywood obliquely invited the rest of us to shake our heads and purse our lips disapprovingly at the Age of Aquarius and the attendant free love and iconoclasm that was sure to open the gates of Hell. Now, of course, it&#146;s the 21st century that&#146;s the sink of iniquity. John Moore&#146;s 2006 version of The Omen opens with a priest spotting a comet in the heavens, which prompts a business meeting in the Vatican with a Power Point presentation about all the wars and hurricanes and tsunamis and torturing that have been going on for the past six years. Since all of this is unprecedented in human history, plainly the end times are upon us and the anti-Christ is about to be born.

As anyone familiar with the original knows, there are some preliminaries in which the wealthy and influential Robert Thorn, nephew to the president and a rising star in the American diplomatic corps, secretly slips his wife Katherine a hastily acquired extra newborn to replace their own presumably stillborn baby. The story does not truly begin, however, until a grotesque suicide at little Damien&#146;s fifth birthday party alerts Robert and Katherine that All Is Not As It Should Be.

It&#146;s this scene that&#146;s the first real disappointment. Newcomers to The Omen may find it effective, but those who remember that perfectly paced and edited moment going off like a firecracker thirty years ago will feel let down. The same goes for the sticky end one character comes to midway through the movie on a city street. In the original it involved David Warner and a pane of glass and prompted at least one outraged essay by Harlan Ellison on the degradation of American culture. The current version is competent, but not much more, and more likely to prompt uncomfortable laughter than astonishment and horror.

And then there&#146;s the matter of the soundtrack. One of the most memorable aspects of the old movie was Jerry Goldsmith&#146;s wonderfully over the top Oscar-winning score. He is credited on this film along with Marco Beltrami, but there is little to remind viewers of the haunting Ave Satanas (though it is played over the closing credits.) Instead drums work themselves into a frenzy every time the filmmakers feel the audience&#146;s attention might be lagging, like when showing a car driving down a highway. The Omen also follows the unpleasant modern convention of blowing a blast of sound at the audience to make them jump whenever something scary happens.

As for the cast, Liev Schrieber and Julia Stiles are appropriately bland as the privileged couple who&#146;ve been lumbered with the infant Anti-Christ, David Thewlis is appropriately scruffy and amoral as a paparazzi photographer who takes prophetic pictures, and Mia Farrow puts in a performance that&#146;s an effective combination of the saccharine and sinister as the demonic nanny, Mrs. Baylock. Some may argue about whether Seamus Davey-Fitzpatric as Damien, is an improvement over the cherubic Harvey Stephens. While Stephens&#146; cuteness made him more, not less disturbing in 1976, Davey-Fitzpatric&#146;s goggle eyed, unwholesome performance does make it believable that even his mother could end up detesting him. Unlike Stephens, when this kid gets angry he looks genuinely scary.

The Omen is not a bad film. It just suffers in comparison to its original. And for better or for worse, there is a certain moral creepiness in both films, the sense that it&#146;s a faint apologia for murdering heathen, even under-aged heathen.