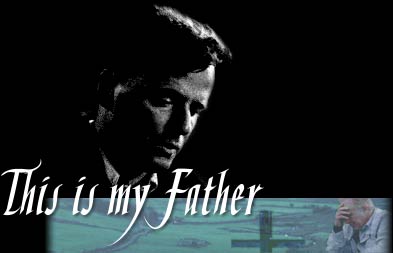 "’Twas the Spring of 1939…" begins the tale of Kieran Johnson’s (James Caan) search for his roots in the green, green fields of Ireland. With an opening like that you will not be surprised to find that heartbreak is lurking just around the bog. My friend Hanky Girl rates it three hankies but I say four. The first is when beautiful Fiona Flynn (Moya Farrelly) meets rugged Kieran O’Day (Aidan Quinn) and you realize they have fallen in love already. The second hanky is when Fiona’s evil mother The Widow Flynn (Gina Moxley) refuses to allow Fiona to marry Kieran, because "he’s a poorhouse bastard and always will be." Hanky three comes when Fiona finds out how Kieran has reacted (some would say over-reacted), Shakespeare-style, to this news. That was all the hankies for Hanky Girl, but I had to use a fourth (all right, my sleeve) when Johnson’s nephew Brian (Jacob Tierney) kisses his newly met Irish girl friend Maria (Pauline Hutton) good-bye and she promises to write and it was so touching I just couldn’t help it.

This film marks the first time brothers Aidan, Declan and Paul Quinn have collaborated on a film. For the most part it works well. Aidan is a strong, effective leading man, Declan (director of photography) has put together beautiful pastoral landscapes of rural Ireland, and Paul, directing for the first time, has managed to tell his story in competent, if predictable fashion.

Kieran Johnson, a sixtyish Chicago schoolteacher with amazingly rude students, has found an old photograph of his mother with a man he suspects may be his father. Knowing nothing about his family, he decides to take his underachieving nephew Brian and go back to the old family village in Ireland. There they meet the mother (Moira Deady) of the owner of the inn in which they are lodging, and it turns out she knew Johnson’s mother, Fiona, as a young girl. Conveniently, she also knows everything Johnson needs to know. The story unfolds. It is one of the Irish variants of Boy-Meets-Girl, namely Boy-Can’t-Have-Girl-Because-He’s-Poor.

Add in certifiable villains (the entire Catholic church), lovable characters (the town policemen), an airplane in which John Cusack makes a brief inexplicable cameo appearance, and two wonderful acting jobs by both romantic leads, and you have the makings of a hit. You may not need four hankies, but three is an absolute minimum. You will probably not remember a lot about This is My Father in the morning, but you are certain to have a good cry in the theater.