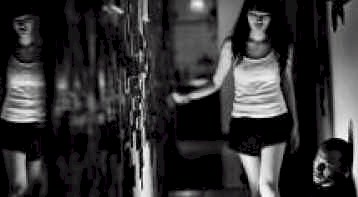 Hou Hsiao-Hsien&#146;s triptych of love through the ages, Three Times, falls prey to the unevenness of all omnibus films, but its first story, &#147;A Time for Love,&#148; is his strongest work since his peak in the 1980s (The Time to Live and the Time to Die, Dust in the Wind). It takes place in 1966 Kaohsiung, Taiwan&#146;s second largest city after Taipei. May (Shu Qi) has become the latest &#147;pool girl&#148; at the local pool hall where her youthful beauty is used to attract customers. While familiarizing herself with the facilities, she finds a letter from Chen (Chang Chen, Crouching Tiger, Hidden Dragon) for the girl she replaced. He later turns up, and Chen and May play pool together. In a series of masterful long takes, Hou shows them bonding. While they don&#146;t say much, their body language does all the talking. Now May finds herself the subject of Chen&#146;s letters.

The movie&#146;s beauty lies in Shu Qi&#146;s lithe form leaning over a pool table or pausing in a doorway, bathed in ambient sunlight. Hou has certainly taken a lesson from Wong Kar Wai (In the Mood for Love), Hong Kong&#146;s most celebrated art film director. As Wong used a song like The Mamas and the Papas&#146; &#147;California Dreamin&#146;&#148; in Chungking Express to establish a specific atmosphere, Hou uses The Platter&#146;s &#147;Smoke Gets in Your Eyes&#148; here, and Shu Qi has a pixie-ish quality reminiscent of Faye Wong. May seems giddy just from the idea of being courted, and May and Chen don&#146;t have to talk. They just seem to be happy in each other&#146;s presence. Hou captures that new couple exuberance in a way few films have, and the climatic moment here is as magical as they come.

&#147;A Time for Love&#148; is the best of the three stories because it is Hou&#146;s most autobiographical and Hou has always been better when dealing with content he knows well from personal experience. He was practically Chen back in 1966. As he branched out in movies like Good Men, Good Women and Flowers of Shanghai both dealing with events that take place before he was even born, his films felt more aloof and his already distant style became all the more frigid. That bodes ill for the second segment, &#147;A Time for Freedom,&#148; which takes place in 1911 Dadaocheng with Taiwan still under Japanese rule. Like Flowers of Shanghai, the setting is a brothel, but Hou&#146;s style is different. The sets are better lit and airy, not dark and claustrophobic as in the earlier film. Shorter takes and quicker cuts make the feeling less confining than when Hou constantly panned between two people speaking. Most striking of all though is that Hou decides to shoot it as a silent film with intertitles. Ironically, it is more dialogue dependent than &#147;A Time for Love.&#148;

In &#147;A Time for Freedom,&#148; courtesan Ah Mei (Shu Qi again) watches the man she loves, Master Chang (Chen again), help another courtesan, who has gotten pregnant, get out of her obligation to the madam. His love, however, is for revolutionary politics, not her. While Hou&#146;s take on a time in which there is no place for love is affecting, the style ultimately comes off as a noble but failed experiment. The lushness of the imagery, the vivid colors, and the naturalistic acting do not mesh with intertitles and voiceless characters. The gimmickry that works so well when fully embraced by Guy Maddin (Dracula &#150; Pages from a Virgin&#146;s Diary) distracts from the content here.

The final segment, &#147;A Time for Youth,&#148; is set in 2005 Taipei and shot in various venues of youthful cool. Jing (Shu Qi) is a dour young singer who suffers from epilepsy, fragile bones, a hole in her heart, and partial blindness in one eye. She is having a fling with Zhen (Chen), who works in a digital photography store, even though she has a possessive live-in lover, a woman named Micky, and he has a girlfriend named Blue.

In the first segment, love is romantic and innocent. In the second, it is a social construct that had not yet come into being, could not be verbalized and was relegated to inconsequence relative to other matters like political fervor. In this segment, love is more materialistic, more biological than romantic, more lust than affection. While Hou does not judge his characters, the tone is one of disconsolation and emptiness. It&#146;s better than imperious patriarchy of 1911, but a far cry from the idealistic glow of 1966.