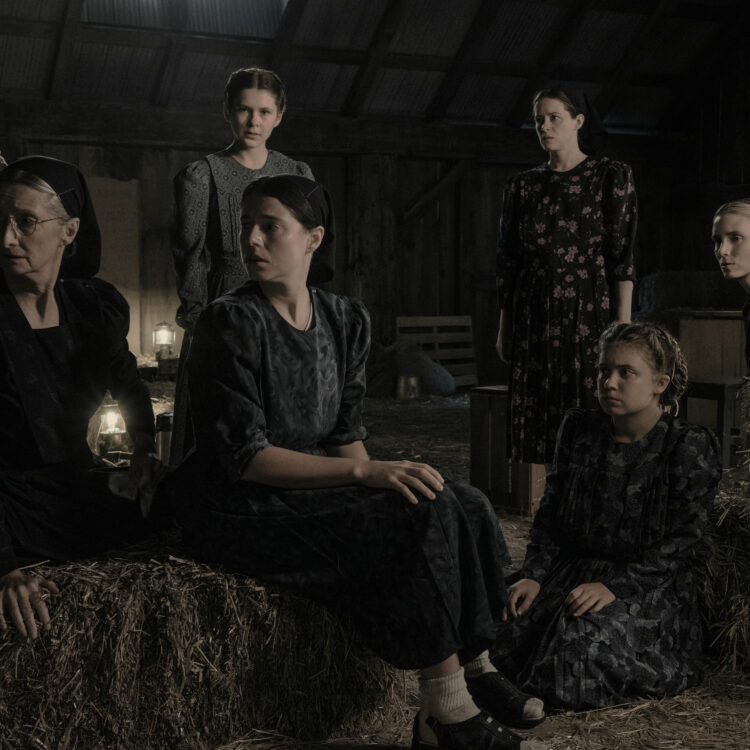 When Margaret Atwood’s dystopian novel “The Handmaid’s Tale” came out in 1985, the author said that the violence against women portrayed in the book was all real and happening somewhere in the world at that moment. Fast-forward to the early 21st century and the oppression of women described in the book seems not only prescient but current, which in part explains the huge success of the HBO series. Unfortunately, there is a something timeless to the disenfranchisement of women, a reality that is especially profound in post-Roe America. And simultaneously, on the other side of the globe, women in Afghanistan are basically being held captive in their own homes.

In essence, the subjugation of half of the world’s population could be happening at any time and any place. This is the truth surgically exposed by Sarah Polley in her piercing adaptation of Miriam Toews’ novel, “Women Talking.” The film opens dramatically, bathed in muted colors and high contrast tones reminiscent of a black and white movie, as a group of women are gathered in a hayloft. Dressed in long print dresses, these people could be pioneer women settling the West, or Mormons in Utah today. Loosely based on events that took place in a Mennonite colony in Bolivia, the film introduces these women as part of a conservative religious sect somewhere in current-day America.

But they have been sealed off from the rest of the world as if they don’t exist. They don’t know where they are geographically and have not been allowed to learn how to read or write. Their sole purpose is procreation and to pleasure the men of the community. When a sound truck drives through a dusty back road, ironically blaring the Monkees “Daydream Believer,” summoning the women to take part in the 2010 census, this is the first time they have counted for anything. As we meet them, they are worth less than the three-fifths of a person the Constitution allotted to slaves.

The women have come together to make a life-altering decision while the men of the colony are away bailing some of their own out of jail. The men have been serially raping the women after spraying them with cattle tranquilizer, often leaving them bloody and beaten. The next morning, the men claim it must have been the devil and the women are deranged to think they had anything to do with it. Pushed to their breaking point, the choices the women are presented with are to stay and forgive the men, stay and fight back, or pack up their meager belongings and leave for a better place—where that might be no one really knows.

There is no consensus so two of the leading families of women meet to decide on a plan of action. Within the families are individuals with a range of conflicting emotions and opposing personalities. Salome (a fiery Claire Foy) argues that remaining to fight the men is the only choice. She is so angry from a lifetime of abuse that she can’t abide other opinions. On the other side, is the angelic Ona (Rooney Mara), whose mysterious, self-contained smile suggests some kind of inner light. In-between is Mariche (Jessie Buckley), a woman so consumed by rage she doesn’t know which way to turn.

Hanging over the debate is the steely presence of Scarface Janz (Frances McDormand, also one of the film’s producers), who says with complete authority that anyone leaving will be excommunicated and not allowed to enter the kingdom of heaven upon their death. For her, the whole conversation is a non-starter and she walks out of the meeting with her daughter and granddaughter early on, leaving the other women to sort out their own fate.

The meeting is compassionately but sternly presided over by Agata (Judith Ivey) and Greta (Sheila McCarthy), the elders of the two families. But since none of the women can read or write—they draw simple pictures, almost like cave drawings depicting their options—they recruit the school teacher August (Ben Whisaw), a gentle soul considered unmanly by the other men, to count the votes. To further complicate matters, he has been smitten with Ona since childhood. The purity of his love for her is the one ray of light in this darkened landscape, but it is not enough to change the course of events.

The power of the film builds and the palette grows lighter as the women discover their own collective voice. This coming together is visualized in a lovely scene in which two young girls braid their hair together to seal their bond.
The women don’t all agree but in the end it is reassuring and, in its own way, uplifting to see a rare instance of democracy working.

Polley has described the film as a fable, and it seems to exist in a dream space that is half real and half imagined—a work of female imagination, as she calls it. The intimate yet mythic cinematography by longtime Polley collaborator Luc Montpellier and the haunting music by Hikdur Guðnadótt enhance the mood of the film. Overall, the experience is so transporting that when the credits come on the screen at the end it is a bit of a shock to realize what you’ve been watching is a movie.

There is little doubt the film will resonant for women, but it could have an even bigger impact on men who get closer to the horrors of being a woman then they may have ever wanted to go.