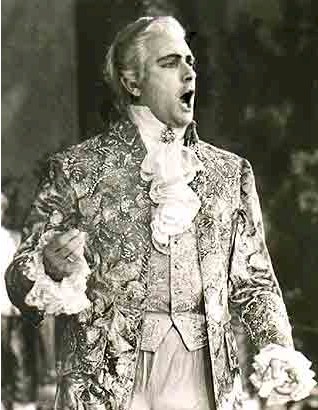 Giordano&#146;s Andrea Chenier was his fourth opera, first performed at La Scala on 28 March 1896. Seven years earlier his debut work Marina had placed in the top six at the Sonzogno opera competition won by Mascagni&#146;s Cavalleria Rusticana. After Cavalleria Rusticana, the verismo style had become dominant in Italian opera, combining stories of ordinary and downtrodden people with the muscular musical expression of their extraordinary suffering. Laborers, prostitutes, and clowns had become central characters. High-born nobility had begun to assume a secondary role as the voices of everyday people became those to which audiences and composers wished to listen. Yet these voices were heard at the same volume and level of bombast as in any previous operas. As David Kimbell remarks in Italian Opera, "Some composers seemed to want to turn almost every phrase into a debased parola scenica, where music became exclamation, shriek, sob, gesture, flamboyant theatricality." This made verismo opera a peculiar cousin to its literary and theatrical cousins where understatement and naturalism were all-important in challenging the expectations of the audience and shifting their perceptions.

The subject of Giordano&#146;s opera was therefore a fascinating one from a generic point of view. Andre Chenier was a French poet who numbered among the last of the victims of the Reign of Terror following the French Revolution. Not exactly an outsider to aristocratic circles to begin with, Chenier was initially in favor of the social and political change heralded by the revolutionaries. The poet became disenchanted with the extremity of their methods though, and exercising his newfound freedoms, he spoke out against the Jacobin leaders. He even defended deposed King Louis XVI when the latter was tried as a traitor. Inevitably, Chenier was himself arrested as a counter-revolutionary. He was tried, convicted, and executed three days before the end of the Terror. On one hand, this is a story of a relatively high born character, an historical martyr and a poet not entirely in the class of laborer or everyman favored by many of the verismo operas. Yet the social and political setting was ideal, exploring tensions between concepts of social and political identity not lost on Italian audiences in 1896 (a time when the Socialist party had been outlawed by the Italian government).

By far the most important character in Andrea Chenier is not the poet himself, whose fate is unsurprising and whose lovelorn angst for aristocrat in hiding Maddalena di Coigny makes for less than compelling drama. The full moral and political weight of the opera is embodied in the character of Carlo Gerard, servant in the di Coigny household who becomes a hero of the revolution. In this character Giordano and librettist Luigi Illica (who was working on librettos for La Boheme and Tosca at the same time as this) found a more traditional verismo subject, yet, fascinatingly, placed him in the role of the antagonist. Gerard is also in love with Maddalena, and uses his status in the hierarchy of the revolution to hunt her down and punish her more acknowledged lover. In the powerful third act Gerard comes to the realization that he is still merely a servant, only now of a political cause which has become corrupt and of personal passions which he has allowed to get out of control. His sense of disgust is complete when Maddelena sings the haunting aria "La Mamma Morta," describing her flight from her burning family home after witnessing the murder of her mother by revolutionaries.

The opera challenges expectation with its fairly complex sense of the shifting moralities of the revolution. The first act makes clear the social inequalities which made these changes necessary, with Gerard breaking up a twee social gathering with a group of impoverished peasants he has brought in from the streets. Act Two shows the tensions between freedom and anarchy as spies and debauched drunkards strut side by side with genuine revolutionaries and competing notions of social justice threaten to destroy everything regardless of its value. The opera hits its stride in act three with Gerard and Maddalena&#146;s key scenes, then rides out an unsurprising conclusion as Chenier awaits execution in prison and exchanges sentiments of eternal devotion with his lover.

Andrea Chenier has traditionally proved popular with Irish audiences. first performed in Dublin in 1957 where its concern with social ferment and the fall of an aristocratic class was one with obvious resonance. The current production benefits from Illica&#146;s razor-sharp libretto, strong characters, and well worked plot. Its political content may no longer be as significant, but the text is still an interesting one. The vocal and dramatic performances are generally very good, with Belgian baritone Marcel Vanaud a particularly strong presence as Gerard. Italian tenor Maurizio Graziani is a solid enough Chenier, and Russian soprano Nina Rautio makes the most of the showstealing "La Mamma Morta" with a moving rendition. Some overacting among the minor roles proves faintly distracting, but on the whole this is a very enjoyable and engaging production crisply directed by Ansgar Haag and briskly conducted by Marc Tardue.