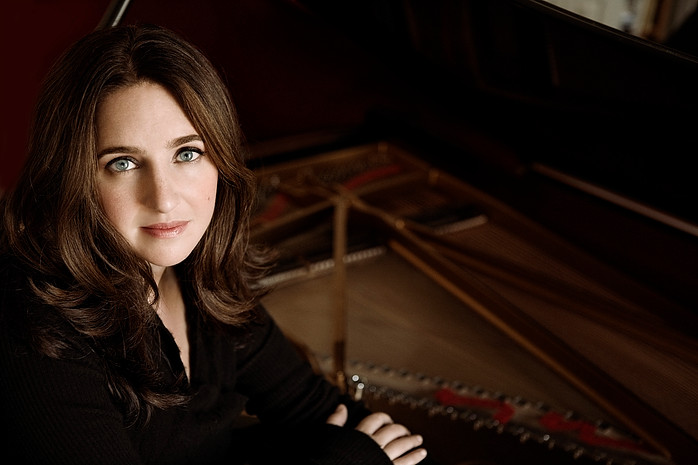 We love to put people in boxes. She’s progressive, he’s conservative. This music is twelve-tone, that music is minimalist. But the final concert of San Francisco’s New Century Chamber Orchestra showed how artificial these divisions are. Music is supposed to communicate, otherwise what’s the point? And this beautifully assembled program of five pieces by five expert composers, two of whom happen to be both world famous and seminal, fascinated the mind and enchanted the heart.

Perhaps the most “technically challenging ” piece was “Chacony in G minor ” by Henry Purcell (1659-1695 ) in an elaborate but thoroughly musical arrangement by fellow Brit composer Benjamin Britten (1913-1976 ) which showed the wealth of color and drama a composer / arranger with an acute ear can get from this strings only group. “Aheym” by New York-based Bryce David Dessner ( 1976 – ) was equally colorful and varied with carefully calibrated and contrasted densities which pleased and excited. Dessner is one of the most gifted young American composers and this piece proved why.

NCCO’s performance of “Concerto Grosso No. 12 in D minor ( La Folia ) ” by Francesco Geminiani (1687-1762 ) unfortunately failed to bring out the sobriety and charm of this originally Portugese dance which was a huge hit in its time, though if memory serves, Barcelona-based Jordi Savall and his Hesperion XX made it sing more truly in concert and on recordings.

The first piece by a world-famous and seminal composer was ” Keyboard Concerto # 7 in G minor BWV 1058 ” by J.S. Bach ( 1685-1750 ) which is better known as his ” Violin Concerto in A minor ” which this North German master wrote after he became familiar with the work of the North Italian master Antonio Vivaldi (1678-1741 ), but his very Teutonic concern for iron-clad structure seemed most operative here, the aria in the second movement of this three-movement piece held firmly in check. New York-based Simone Dinnerstein, who stressed the conversational quality in Bach’s polyphony, gave a completely unaffected but elegant performance, though the pianist, seated center stage with her back to the audience at a gleaming black Steinway grand, was sometimes overpowered by the NCCO, perhaps due to Herbst’s hard surfaces, and limited rehearsal time.But let’s not forget that any piece’s overtones are affected by the sound profile of each room it is performed in.

This didn’t seem to affect the second piece by world-famous and seminal composer Philip Glass ( 1937 – ) who wrote his “Piano Concerto # 3 ” for Dinnerstein after hearing her play live. Though cast in the same three-movement Baroque-Classic layout as the Bach, its contents couldn’t be more different. Movement I opens with a quasi cadenza for Dinnerstein followed by an improvisatory sounding series of melodic-harmonic variations with many “meditative”/ impetuous but perfectly logical metric shifts in a mostly slow tempo. Movement two, in a mostly slower tempo, eschews the variation set — there are thirteen — ( see my Glass Piano Music www.classical-music-review.org ) which the composer used in his also strings only with Piano Concerto # 1 ( Tirol ) which he wrote for pianist-conductor Dennis Russell Davies’ Stuttgart Chamber Orchestra. Movement three here, which Glass dedicated to his Estonian composer friend Arvo Part, is in an even slower tempo. It can be described as monumental, but I think that misses the boat because Glass’ imagination is frequently ahead of or at odds with his listeners’ expectations, and any truly new work should surprise. Glass does this throughout his third piano concerto, but never brutally, and almost always mercurially. His approach shifts between structural concision and the seemingly off the cuff and rhapsodic. Placing the weight of his edifice in the third and final movement of his third piano concerto is a structural decision he also made in his also three-movement Symphony # 8 for large orchestra. Its final bars brought the audience at the Brooklyn Academy of Music where I heard its American premiere to a stunned silence. As if a breath was held in long. The Herbst audience held their breath even longer here, and responded to Dinnerstein and the NCCO’s beautiful performance with a richly deserved standing ovation.

This writer’s many other pieces on the work of Philip Glass can be found by “googling” Michael McDonagh Philip Glass.

McDonagh is at work on a performance piece called “love’s a mess ” which is a continuous poem of the same name by and for himself, and cellist ( Bach and Glass for solo cello ), hopefully with cellist Misha Khalikulov with whom he premiered his Speaking Terms — a performance piece for speaker and cellist on a March 2016 www.berkeleyartsfestival.com program which also included the world premiere of McDonagh’s performance piece A RUSSIAN NOVEl [ Anna and Vronsky ].