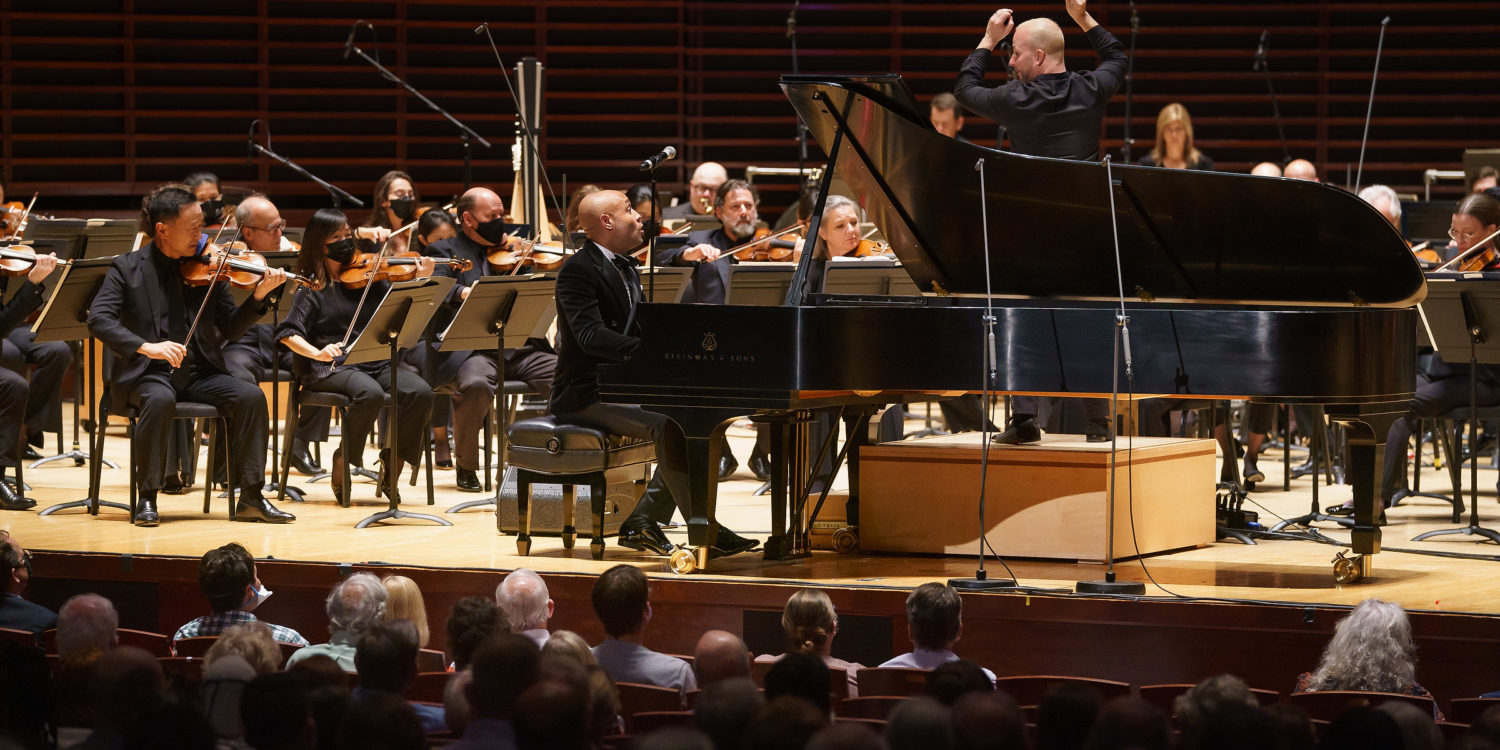 In October, the Philadelphia Orchestra appeared in Verizon Hall for the first time in 18 months. Yannick Nezet-Seguin led the musicians in several programs that indeed met the moment musically and served as a turning point for the orchestra in terms of community outreach and diversity.

The opening night concert on October 5 was headlined by Yo-Yo Ma’s rapturous performance of Camille Saint-Saëns radiant Cello concerto. But just as moving was  Charlotte Alston’s stirring words about standing for equality and united purpose. Later, maestro Yannick gave equally impassioned remarks about the power of music to heal in a perilous time. music bringing people together, then conducted composer Valerie Coleman’s  ‘Seven O’Clock Shout’ dedicated to the front-line workers, followed by a thundering performance of Ravel’s ‘Bolero.’

The following night the Philadelphians were in New York City at Carnegie Hall performing a completely different program with guest soloist Yuja Wang. And then they  were back at home  for three performances with works by William Grant Still, Florence Price, and piano soloist Aaron Diehl performing George Gershwin’s ‘Rhapsody in Blue.’

The Concert began with jazz vocalist Laurin Talese singing the spiritual ‘Lift Every Voice’ and then her own composition, ‘This Love’ in swinging mezzo style. Ms. Talese and Aaron Diehl debuted with the orchestra on their digital stage series during the industry shutdown.

Often played cinematically, in this performance  Diehl’s brought out more of its original jazz edge and immediacy. The brashness of stride piano, a nod to Scott Joplin’s ragtime classicism, and Gershwin’s bittersweet blue note fusion are laced in. The orchestra’s clarity weighed-in with dynamic contours, as the muted brass growled, and the strings erupted in shimmering Gershwin sonics.

Diehl followed it with his academic reading of William Grant Still’s meditative ‘Out of the Silence’ a meditative nocturne for piano and orchestra. The piece opens with a penetrating opening flute solo by principal Jeffrey Khaner.

An unexpected highlight of the concert was Diehl’s encore of ‘Blue Monk’ a signature jazz classic by Thelonious Monk in a duet for vibes and piano. He was joined by principal percussionist Chris Deviney

The closing work was composer Florence Price’s ‘Symphony no. 4.’   Composed in 1945, it is being rediscovered for its merits, both musical and cultural. Musically it is a mosaic of styles–from Sousa-esque fanfares to pastoral mise-en-scenes. Price subverted the racist conventions of the concert hall of that era by employing melodies from the African Americans musical heritage, like the spiritual invocations of ‘Wade in the Water’ and the stirring rhythms of the ‘Juba Dance’.

The orchestra’s musicians may have missed a season-and-a-half of live performance, but in their return, they showed the same style, substance, and stellar musicianship they have always been known for.