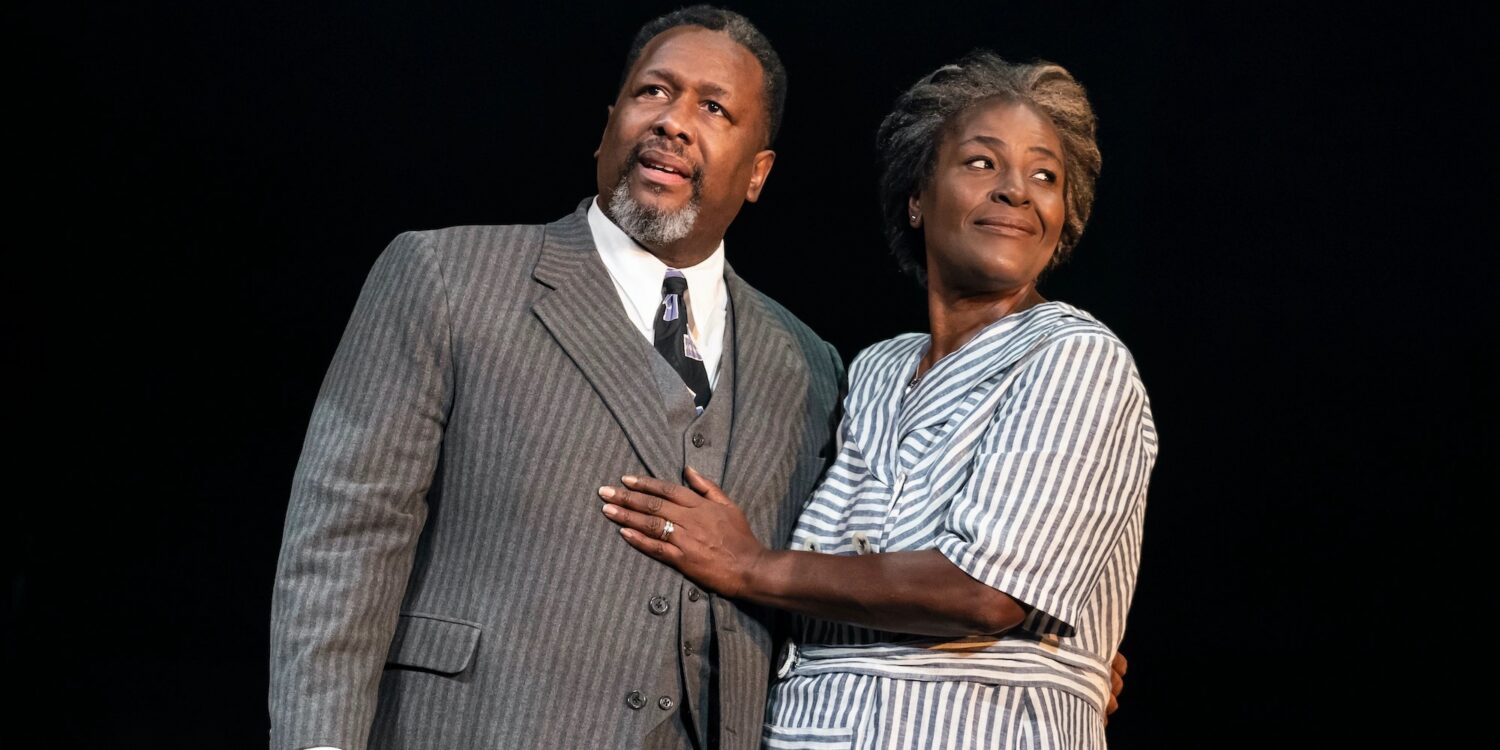 Death of a Salesman

The current and astonishing production of Arthur Miller’s “Death of a Salesman,” helmed by Wendell Pierce as Willy Loman, opened this week on Broadway after highly lauded runs at the Young Vic and West End in London. The Olivier Award-winning London production was co-directed by Marianne Elliott and Miranda Cromwell.  The New York production curiously only lists Cromwell though much of the original direction remains intact.

This “Salesman” is notable for having the first Black Loman family in a major production of the play.  It is surprising that it took more than 70 years after it premiered to have a Black actor play Willy because “Death of a Salesman,” as written, is only enhanced by this casting. Having a Black Willy at the center works so perfectly that you wonder why it had not been done before. The themes of being passed over, familial trauma, and financial instability are, of course, universal; but layering in a Black family sheds new light (and life) onto Miller’s words. It is to Ms. Cromwell’s credit that the play feels both like an enduring classic and a revelatory, contemporary piece.

“Salesman” is superbly acted by Mr. Pierce and by Sharon D Clarke, as Linda, both of who have been with the show since the two prior runs. Ms. Clarke is a revelation as the matriarch who is desperately trying to keep her family together, exuding strength and integrity as she lovingly attempts to hold up her man. Her Linda is not a supporting character, she is equally at the forefront – while this play is named for Willy Loman, this production centers both husband and wife.

Mr. Pierce is nothing short of magnificent. His electrifying, powerhouse performance is a study in contradictions. At times, he is all bluster and bravado and at others, he is heartbreakingly fragile. He claims (often) that he is “well-liked” but we see a desperate man whose mental health is deteriorating rapidly. A scene where he asks his much younger boss (an excellent Blake DeLong) for a raise is so painful that the audience almost has to look away while Pierce is humiliated and subjected to microaggressions.  Willy Loman is one of the greatest parts ever written and Mr. Pierce delivers a performance for the ages that should be recognized come awards season.

The great André De Shields takes on the part of Ben Loman, Willy’s brother – an almost mythical figure who has achieved success beyond any of the Lomans’ wildest dreams.  He comes into each scene wizard-like, dressed in white and sequins, his words like poetic incantations that both inspire and taunt Willy. In the hands of a master actor like Mr. De Shields, this supporting part becomes an intriguing third lead character, engaged in a battle with Linda for Mr. Loman’s soul.

Standouts among the rest of the exceptional cast include Delaney Williams as Charley, Willy’s friend and neighbor, Stephen Stocking as his son Howard, and McKinley Belcher III as the self-absorbed Hap, who elicits gasps from the audience with his callousness in a pivotal scene.

The stark set design by Anna Fleischle features window and door frames that fly in and out smoothly, ensuring a beautiful and seamless transition from scene to scene. The sound design by Mikaal Sulaiman and original music by Femi Temowo effectively set the atmosphere, particularly in the scenes where Willy’s mind rewinds to a particular memory.

Arthur Miller’s masterpiece is set at a time when there was great prosperity in our country from the post-WWII boom, though that success evaded families like the Lomans. “Death of a Salesman” will continue to have relevance as long as the American Dream stays out of reach for significant segments of our population.