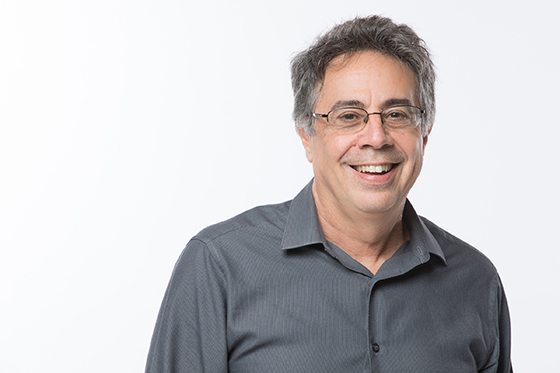 Tony Taccone, Berkeley Rep’s acclaimed Artistic Director for the last 21 years, is about to launch the last production of his last season, before turning over the reins to incoming artistic director Johanna Pfaelzer.

During his tenure, the Tony Award-winning nonprofit Berkeley Rep has presented more than 70 world, American, and West Coast premieres, and sent 24 shows to New York, two to London, and one to Hong Kong. Tony commissioned Tony Kushner’s legendary “Angels in America,” co-directed its world premiere and directed its recent revival. While at the Rep, Tony has staged more than 40 plays, two that transferred to London, “Continental Divide” and “Tiny Kushner” and three that landed on Broadway: “Bridge & Tunnel,” “Wishful Drinking,” and “Latin History for Morons.” In 2012, Tony received the Margo Jones Award for “demonstrating a significant impact, understanding, and affirmation of playwriting, with a commitment to the living theatre.”

In this Q&A with Tony Taccone, he spoke of the upcoming “Kiss My Aztec,” which he directed and co-wrote with John Leguizamo, his next steps, the Rep’s artistic choices, and its audience, along with what Taccone was like in high school and how he found a career in theater. (Edited for brevity).

Tell me about“Kiss my Aztec”

It’s wild. It’s like directing “Animal House.” It’s sort of a comic free for all. It’s a farce, set in the 16th century in an Aztec internment camp. So it’s a very modern play too. The actors come out and introduce the story. The music ranges from hip-hop to gospel to merengue, salsa. It’s a Latin mash-up.  It’s designed to make you laugh — out loud — as well as make you think a little bit.

The inspiration for it is to tell a little bit of Aztec history, of what really happened, and bring it to life and celebrate it among Latin folks, who have essentially have had their history, if not erased … usurped.

You’re more than the director; you’re the co-author.

Yes, I’m co-writing the book with John [Leguizamo]. It’s a process that came organically to us after working for five years on “Latin History for Morons,” and then he asked me to direct this piece, which is something he’d worked on for a long time as a straight play first, and then realized it might be better suited to a musical. He asked me to direct an earlier version of it. While working on it, it became clear that I had contributions to make as a writer and he said great, let’s do it.

I’m sure that you’ve been giving a lot of interviews about “what’s next.” Have you given any thought to what you used to like to do with free time before you started working 24/7?

I’m not giving up the theater. I have shows lined up that I know I’m doing. I have two with New York’s Public Theater. One is with Suzan-Lori Parks, a major writer, another musical. I’m directing another musical about Richie Valens which will start on the west coast. For South Coast Rep next spring, I’m directing a play called “I Feel Restless”by a young writer, about memory loss, which I think is exciting and interesting.

And I’ve actually turned down some shows because I’m very nervous about filling up every second. I’m writing a television series with a friend of mine and hope to sell that at some point. It’s really exciting for me because it’s a different art form. And John [Leguizamo] have been talking about doing some things together.

I used to like to write poetry and short stories.  I did enough to know that I will enjoy stepping into a little bit. I’m looking forward to doing nothing and letting my mind relax since I haven’t been in a very relaxed place in the last 40 years of my working life. I’m looking forward to hanging out a little bit with family and friends and let myself experience life a little bit differently than waking up with a list of things to accomplish that day.

I’m very much of a go-getter, and I’ve enjoyed that, but there are some tangible benefits of slowing down a little bit. I want to take some road trips, and see friends along the way. My wife has a law practice here, so we’re going to continue to live here. But, I’ll be in New York and LA a lot.

You should be very proud of all you’ve accomplished.

Our theater has a very strong voice and is respected. It’s a socially aware, theatrically bold voice that is trying to educate and entertain our audience in the most dynamic and surprising way possible. One of the hallmarks here is that it is eclectic. We do a very wide range of work, and we have an audience that’s gone with it, that’s been open, generous and flexible enough to join us in what I call an experiment. I think this place is an ongoing experiment and we’re very lucky. We could only to do it in the Bay Area. The content and makeup of the audience and the intellectual range of interests of the audience is enormous and has helped us greatly.

I’ve heard ad hoc comments from some old-time subscribers that the Rep has gone “too Broadway” now.

Sure, whatever you do you’re going to hear the opposite: it’s too Broadway, it’s too rarified, too much lefty stuff. I’ve heard all the comments. Yes, we’re taking shows to Broadway, but we’re doing it on our terms — we’re taking “American Idiot,” “Passing Strange,” and “Ain’t Too Proud” to Broadway. These are shows that are not cop-outs.

One of the challenges to keep expanding the audience and keep lots of people coming in. When you add the two Rep theaters together, we have 1,000 seats a night to fill. The cool thing is that we’re doing “The Good Book,” and it doesn’t get more intellectual than that, next to “Kiss My Aztec” — a balls-out low comedy.

When you do a play like “Fairview,” people either love it or wonder why the Rep is doing that. But, the culmination of it was that it won the Pulitzer Prize.  We just have to keep having the tenacity and the courage to keep pursuing the widest range of work we can with the most gifted artists, and I feel like the work will take us where it’s going to take us. I don’t have any regrets about that.

I hope that’s not part of the reason you’re giving up this job.

Not at all. The only reason I’m giving up this job is that it’s time for me to discover who I am without the job. That’s why I’m leaving the job. I feel that I’ve become so wedded to the job in some ways, and I feel that there is another incarnation of my life.

I didn’t struggle with this decision. I’ve been here for 33 years [21 as artistic director]; I’m 67. I feel like it’s time. Of course, I have some fears. I’m going to miss the people here tremendously.

And you’ve done good, as we say.

It’s been a really good ride, and I enjoyed every minute of it, even when it was driving me nuts.

If you could go back and look at your high school self, would ever have thought that you would have wound up where you are now?

No, my high school self was clueless.   When I was getting out of college, I began to get a better sense of what was possible in terms of my creative life. I always knew that I would have a creative life because my father and grandfather were artists, and I was raised in an artistic household. So I always aspired to have that kind of life. But I also wanted to raise a family.

There were years where I thought I might be an academic and get a Ph.D. Honestly, after the first year at grad school at Cal, there was no way I could be a professor. I didn’t have the temperament for it. I respect that role enormously, but I can’t sit still for that long. I wanted to be more active, and I wound up in a grad program that allowed me to be an artist as well.

My high school self was … I’m from Queens, [New York] but my parents moved to Connecticut, and I went to a Catholic high school there. I didn’t have a great time in high school. It just wasn’t my thing.

Well, I always told my kids that people who peak during high school are doomed to failure as adults.

Exactly.  I think I spent most of my adult years in reaction to my high school years. I didn’t do any theater in high school. We didn’t even have a theater department. I was into writing; I was an English major in college. The only thing I enjoyed and spent the entire four years of college doing was reading novels and protesting the war. After college, you make your way and figure out what you’re going to do. I stumbled into theater, as you do things in life. Here’s a tribe of people …

That you want to hang out with …

Yes, exactly. That’s all it is. These people seem like they’re having a good time and what they are doing seems wildly absurd and interesting, so it was a good match. Theater is a very odd and wonderful thing to do with your life. I’ve been really blessed. I have wonderful colleagues, and I feel excited about the future.