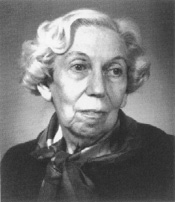 on The Ponder Heart

It&#146;s been said that Eudora Welty was more comfortable writing short stories than novels. Her publisher nudged her in the direction of longer narratives. Critical consensus has over the years echoed Welty&#146;s misgivings: it is as a short story writer that her reputation has largely rested. But the truth is that her five novels have quietly gained the same canonical stature as her Collected Stories. The funniest and sharpest of her novels is The Ponder Heart (1954), which tells of the eccentric Daniel Ponder, generous heir to the Ponder fortune and, unexpectedly, a holy fool charged with first-degree murder. A stage adaptation played Broadway in 1956. ExxonMobil Masterpiece Theatre is now chiming in with a version of The Ponder Heart for its American Collection series. If not the best of all possible tributes to the author, who passed away last summer at the age of 92, this is an above-average and entertaining PBS offering.

Filmed on location in Mississippi, the production effectively uses existing architecture and landscapes to suggest the novel&#146;s pre-World War II setting. Director Martha Coolidge (Rambling Rose, HBO&#146;s If These Walls Could Talk 2) keeps the farcical proceedings low-key and believable. Close attention is paid to atmosphere. Lush tree-lined country roads, Southern manses, and the lazy charm of rural communities are all nicely evoked, albeit scrubbed and romanticized to a greater degree than in the author&#146;s work. If there&#146;s a casualty here, it&#146;s not Welty, but rather pop composer Van Dyke Parks (like Welty, a native Mississippian), whose Dixieland-inflected score for The Ponder Heart is a surprising disappointment. Only a few snatches of music appear to have been composed&#151;owing no doubt to budget constraints&#151;and they&#146;re repeated annoyingly throughout the program.

Edna Earle Ponder (JoBeth Williams) is proprietor of the Beulah Hotel in the fictional town of Clay. On the cusp of spinsterhood, Edna Earle has settled into her role as mediator between staid Grandfather Ponder (Boyce Holleman) and impulsive Uncle Daniel Ponder (Peter MacNicol of TV&#146;s Ally McBeal). Daniel, like Kris Kringle in Miracle on 34th Street, walks a fine line between lunacy and blithe philanthropy. When the young scion begins giving away tracts of family property and business holdings, the apoplectic elder Ponder escorts Daniel to the insane asylum in Jackson. (The summer storm that greets their arrival looks like real Mississippi rain rather than special effects weather.) A staff nurse assumes that the old man with the high blood pressure is the crazy person. It&#146;s a punch line we can smell a mile away, but is no less funny for it: Grandfather Ponder finds himself institutionalized while Uncle Daniel heads back to Clay in the family Studebaker.

Plan A having failed, Grandfather and Edna Earle put Plan B into play. They decide to &#147;fork up a good wife&#148; for Daniel in the form of the matronly widow Miss Teacake Magee (Joanne Baron). Moments before the wedding, however, kismet intervenes and Daniel meets the love of his life: seventeen-year-old Bonnie Dee Peacock (Angela Bettis). Much of the story&#146;s comedy centers on the disastrous marriage that ensues between Daniel and Bonnie Dee. Peter MacNicol and Angela Bettis are funny together and near-perfect embodiments of Welty&#146;s peculiar brand of humor. One of the author&#146;s distinguishing traits is her sly ability to hint at a dirty joke without succumbing to easy prurience. (The kimono-clad Uncle Rondo in the short story &#147;Why I Live at the P.O.&#148; is a classic example.) Rather than a nymphet disguised as a petulant child, Bonnie Dee is a petulant child with no disguise or guile (or sex drive) whatsoever. Daniel&#146;s willful innocence all but crumbles in her presence.

The adaptation (by Gail Gilchriest) has reconfigured the novel in a number of ways, some elements more successfully than others. The alleged murder committed by Daniel Ponder has been simplified in its motivation and execution. Moreover, Welty&#146;s cold-eyed depiction of racial and class divisions in the South is missing from the production. (Although, to be fair, full-strength Welty can seem gauche and politically incorrect to today&#146;s readers.) Her method of storytelling favors tone and voice over plot. The teleplay captures enough of the plot and some of the tone. The voice isn&#146;t so easily conveyed. Because the novel is narrated by Edna Earle Ponder, it&#146;s as much about her idiosyncratic state of mind (and her nostalgic longing) as it is about Daniel Ponder&#146;s predicament. Reading The Ponder Heart can make you dizzy with pleasure over its multiple levels of irony and silliness. Masterpiece Theatre goes no deeper than one level here, but it&#146;s performed admirably, and may inspire viewers to further explore Eudora Welty&#146;s unique literary world.

(9573)
$19.99 (as of January 21, 2021 - More infoProduct prices and availability are accurate as of the date/time indicated and are subject to change. Any price and availability information displayed on [relevant Amazon Site(s), as applicable] at the time of purchase will apply to the purchase of this product.)

(16088)
$11.50 (as of January 21, 2021 - More infoProduct prices and availability are accurate as of the date/time indicated and are subject to change. Any price and availability information displayed on [relevant Amazon Site(s), as applicable] at the time of purchase will apply to the purchase of this product.)
related posts