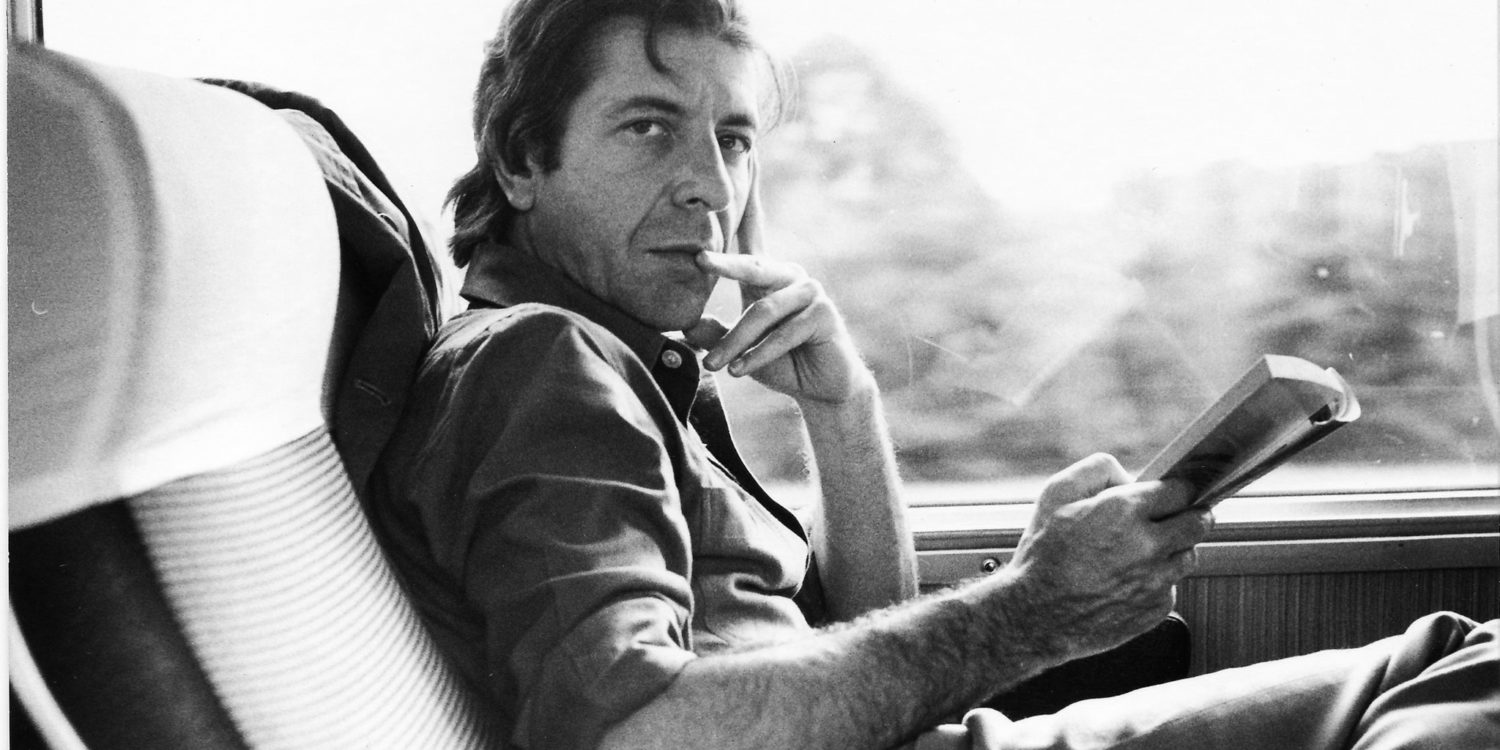 I savored immersing myself in the music of the transformative singer/songwriter/poet Leonard Cohen in the days before I attended “Experience Leonard Cohen” at the Contemporary Jewish Museum (CJM) in San Francisco. It’s easy to discover the world-famous Canadian’s music online, but it’s tough to stop listening to its hypnotic quality.

Cohen did not want a “fan” show similar to recent blockbusters celebrating David Bowie, Amy Winehouse, and others. So “Experience Leonard Cohen” has no music sheets, clothing, or other memorabilia of his career. And because of the pandemic, CJM couldn’t individualize the exhibit with separate touch screens and earphones.

Instead, this more imaginative and avant-garde presentation, which is based on the earlier one conceived by the Musée d’Art Contemporain de Montréal, consists of four commissioned works by artists who use Cohen’s life, words, and music to galvanize their artistic exploration.

Of the four, George Fok’s “Passing Through” is best to see first. Consisting of several sizable video screens that surround the perimeter of a darkened room, the one-hour immersive creation is as close to a documentary of Cohen’s life and performances as the CJM show presents. Fok (b. 1969) interweaves videos of Cohen’s performances that are filmed during various eras of his life. Often, he is singing the same songs, albeit decades and continents apart. And although his face, voice, body, and style change, the songs and the fans are constant and universal.

“Judy Chicago: Cohanim,” by feminist artist Judy Chicago (b. 1939) (https://culturevulture.net/art-architecture/judy-chicago-a-retrospective/), features 12 stylized paintings on porcelain that memorialize the lyrics of Leonard Cohen and reflect their personal importance to Chicago. Each delicate yet colorful piece represents a different song.

The title “Cohanim” is a reference to the last name the two artists share, since Chicago was born Judith Sylvia Cohen. The name “Cohen” is Hebrew for “priest,” so the title also refers to the lineage of male Jewish Levitical priests, collectively known as “Cohanim.”

In Chicago’s words, “Leonard Cohen’s lyrics often seemed to perfectly express my feelings at various points in my life… I am so deeply moved by the rhythms that inform his music, perhaps because of our shared lineage. He is the grandson of a Talmudic scholar and I am descended from twenty-three generations of rabbis.”

Candice Breitz (b. 1972) is known internationally for moving images. Her installation, “I’m Your Man (A Portrait of Leonard Cohen),” consists of two adjoining rooms, each with full-scale video portraits of singers. The first is a group of life-sized, high-resolution video portraits of 19 men, all fans of Cohen’s and over 65. They all are separately singing from Cohen’s “I’m your Man” album as they sway and enjoy their performance. It’s as though they are in the room with you.

The other room has a widescreen video of Quebec’s Congregation Shaar Hashomayim Synagogue Choir (the Cohen family synagogue). They are singing only selected lines of songs, alternated by periods of silence. The sounds from the two rooms are coordinated so the sounds bleed, and audiences can go back and forth between the rooms.

Marshall Trammell (b.1972) is an Oakland-based experimental archivist, percussionist, conductor, and composer. “Marshall Trammell in Residence” is a progressive, participatory residency of sound that offers abstract reflections inspired by Leonard Cohen’s life, spirituality, and musical practice in real-time. Trammell invites other voices to participate in gallery workshops and add ruminations that he and other interlocutors will translate into audio-visual encounters.

“Leonard Cohen is an iconic figure whose work has had a lasting impact on artists and the general population alike,” said CJM senior curator Heidi Rabben. “His songs and poetry both reflect the time he was living in and continue to be meaningful today.”

The innovative and inventive “Experience Leonard Cohen” draws us closer to his extraordinary talent and personal uniqueness.

The appointment of Furio Rinaldi as the new Curator of Drawings and Prints of the two Fine Arts Museums of...
Art & Architecture